I never met Lev Gleason—he died five years before I was born. My mother would tell me stories about her flamboyant, free-spending uncle from New York City, and I especially loved hearing about Uncle Lev’s Day: once a year, Lev would drive to my mother’s house near Boston, pile her and her friends into his gleaming aqua Packard, and head for the mall, where everyone was free to buy whatever their hearts desired—courtesy of Uncle Lev. I knew he had made a fortune in comic books in the 1940s—and lost it all when his business collapsed in the 1950s. That’s about it.

It really wasn’t until I picked up Michael Chabon’s Kavalier & Clay during my last year of law school—when I should have been studying for finals—that I thought to find out why. Chabon’s chosen milieu was exactly the one in which Lev made it big as a publisher, and the anti-fascist superhero at the novel’s heart sounded awfully familiar.  So, as my classmates focused on the bar exam and dreamed of prosperous futures, I found myself looking backward, into the mysterious life of a man I’d never known. One of my first stops was the New York Times index.  I was amazed to find several references to Lev, and shocked when I realized how many were filed under “U.S.—Espionage—Treason.” By then, he had me hooked.

In this short excerpt from the chapter in American Daredevil entitled “Seducer of the Innocent,” we meet Lev later in his career, after he has already battled the House Un-American Activities Committee and the first wave of anti-comics hysteria in the U.S.

Even as Lev struggled to fend off allegations about his political convictions, his comics business was doing well. Along with his colleagues in the industry, he had managed to put out the fire sparked by Dr. Fredric Wertham and the anti-comics crusaders immediately after the war. Now, the medium was more popular than ever. Three hundred titles were published in 1950; by 1953, the number had grown to 650. Comic book circulation mushroomed from 17 million in 1940 to 70 million in 1953, when Americans spent more than a billion dollars on comic books. Born little more than a decade before, the comics industry was now firmly entrenched in America’s popular culture.

Or so it seemed. In fact, the first half of the 1950s would turn out to be the high point of comic sales in the United States. When Lev and his fellow publishers came under attack again, they would not all recover.

By 1950, Lev had learned important lessons from the anti-comics movement, and he carefully tailored his company’s advertising to fit the tone of the day. Each of his titles was billed as clean, wholesome entertainment. In an advertisement for Lev Gleason Publications in a November issue of the New Castle News, he sold Crime Does Not Pay as “[a]n exciting book showing how evil crime is and proving that criminals must be punished for their acts.” Crime and Punishment was filled with “[s]tories of criminals and their punishment treated so that boys and girls vividly see the degradation and tragedy that follow in a life of wrong doing.” Daredevil was “[a] thrilling comic book of adventures of a true to life group of boys which shows the clean fun and excitement of life in a typical American community” and Boy encouraged readers to “[help] the underprivileged, teaching the lesson that police are the friends of citizens.” At the office, Lev now made a point of hiring police officers, including the New York Police Force’s former chief of the Women’s Bureau, as consultants.

Lev stepped down as president of the Association of Comic Magazine Publishers in May 1951, and was succeeded by Harold Moore, the editor of Famous Funnies. (Funnies, which Lev had helped to create at Eastern Color Printing back in 1934, was still going two decades later.) Nevertheless, he remained an important spokesman for the industry. Lev never apologized for comics; he always claimed that they were good for America.

In February 1952, he participated in a Northwestern University panel on “What Should Children Read?” with a Chicago librarian, a Northwestern education professor, and the dean of Northwestern’s School of Speech. The discussion was part of a weekly program, “The Reviewing Stand,” broadcast on Chicago’s WGN radio, and carried on stations nationwide. Lev found himself on the receiving end of skepticism and hostility from each of his fellow panelists.  Everyone agreed that it was a good thing for children to read, but who was to say what they should read? “Perhaps I may shock some of you educators, but I think it might be a good thing to let the children decide,” Lev proposed. “They know what they like. You can trust their judgment and discrimination.”

“Would you extend that to their eating habits?” the dean asked.

“Yes. I don’t think it is best to make kids eat something they don’t like.”

I thought of all of the ice creams in the Gleasons’ freezer, which had delighted my mother so much during her trips to Chappaqua. He really had been the perfect uncle. Lev conceded that children should be guided—by parents, teachers, librarians, and others—as to what to read and when, but insisted on the danger of censorship of any kind. “I certainly agree with guidance, whether it has to do with reading or spinach. Guidance and censorship are two different things… I think such guidance belongs in the classroom and in the home and not in a state.”

Lev’s most comprehensive defense of comics appeared in an extended essay he published in Today’s Health magazine in September 1952. Lev began by documenting how pervasive comics had become: he claimed that 75% of children between four and nineteen were regular readers, and that sales totaled between 60 and 70 million copies a month, more than a third of all newsstand reading material. In other words, “[u]nless a child is sealed in a cave it is next to impossible to keep him from reading comics magazines, since they are everywhere.”

Pointing to studies conducted by psychologists and educators, Lev went on the offense: “Comics magazines … offer an amazing potential. They can actually help mold their young readers into happier, more intelligent adults.” Among the academic defenders of comics he cited were Josette Frank of the Child Study Association and Dr. Laurette Bender of NYU Medical School—both paid consultants to National Comics, a leading publisher.  It wasn’t just that comics could help improve a child’s reading skills; according to Lev, they also provided an outlet for “the normal frustrations of childhood… For a child, the exciting adventures of a hero in a comic book offer a means of expression. Through them he can ease his inclination to pull the dog’s tail or harass his baby sister, psychologists say.”

Lev argued that the “best effects” resulted not from comics with fantastical superheroes but from comics about everyday heroes who solve problems through their own human skill and determination. It was no coincidence that Lev Gleason Publications specialized in titles about normal people, not the supernatural. Daredevil had long since relegated the eponymous bodysuit-sporting hero to the sidelines and now centered exclusively on the exploits of the Little Wise Guys. Lev did not limit himself to American children—he wanted to improve the lives of children everywhere. The year before, he had urged the State Department to “shower Russian children with comic books to indoctrinate them through special adventure stories.” (Not a suggestion I imagine Alexander Lev would have made in the pages of Soviet Russia Today.) In fact, a portion of Marshall Plan funding had been allocated to shipping American comics to post-war Europe.

Lev acknowledged that unacceptable material did exist.  However, he claimed that “the ACMP has brought about the elimination of such scenes from the magazines published by association members.” In the end, there was only so much the industry could do; it was up to parents to make choices for their children. If they made the right choices, Lev wrote, the industry would respond. This led into another plug for his own titles:

My own organization recently introduced a new comic book for children three to 12, based entirely on the recommendations of psychologists and educators. Entitled ‘Uncle Charlie’s Fables,’ it features original fairy tales that offer excitement with gentle fantasy… Other comics magazine publishers are watching its reception to determine whether there is a market for comic books specifically designed to meet the high standards of people working with children… The parents will determine the course comics magazines shall take. If parents show they want such magazines to become a real factor for the wholesome development of their children, as psychologists say they can be, it will be done. The comics magazine publishers will improve their publications as they see the need and the public’s interest.

An ad man at heart, Lev had come up with the strongest sell of all: if parents wanted better comics for their children, they needed to buy the latest Lev Gleason title. Uncle Charlie’s Fables, named after its brainchild and Lev’s star editor, Charlie Biro, had been added to the curriculum by Chicago’s Holy Name School in 1954 in an experiment to see if the new publication would lead to an improvement in reading skills among students. The preliminary results had been promising, but Uncle Charlie’s Fables lasted only five issues before folding later that year.

American Daredevil can be purchased HERE. 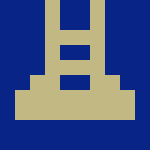 Brett Dakin is the author of American Daredevil: Comics, Communism, and the Battles of Lev Gleason (Chapterhouse) and Another Quiet American: Stories of Life in Laos (Asia Books). His writing has appeared in the New York Daily News, the International Herald Tribune, The Washington Post, Foreign Affairs, and The Guardian. A graduate of Princeton University and Harvard Law School, Brett grew up in London and now lives in New York City with his husband—and their dog, Carl.