Women Like Barbara Shermund Have Always Worked in Comics & Cartoons

If you’ve spent much time in the world of comic book fandom, you know there are certain fault lines that, unfortunately, can be divisive among fans. One of those fault lines is the issue of increased representation among both characters and creators. While we still have a very long way to go, many of the most prominent publishers are at least making an effort to hire and work with more creators who are women, people of color, and LGBTQIA+.

It should go without saying that this is a good thing, but there is a corner of the fandom that doesn’t think that’s the case. I want to talk about some of the objections we often hear about the (gradually) increasing prominence of female writers and artists. There are a lot of reasons why some fans apparently take issue with this development, but they all seem to come down to the belief that hiring women is just “pandering” to female audiences. The argument is that publishers want to be able to say that they’re supporting women because, in the age of Time’s Up and Me Too, it will sell comic books. This is, frankly, a ridiculous argument on two fronts. First, it suggests that female creators don’t have the talent to be successful on their own merit. And second, it assumes that women have not always been involved in creating comics and cartoons.

I’m going to focus here on the second argument. While comic books, like all industries, have traditionally been dominated by men, there have nonetheless been women involved for decades. While these women weren’t the majority, their contributions have been important. Whether it’s Flo Steinberg’s work at Marvel and Big Apple Comix, Trina Robbins and her contributions to the underground comix movement of the ‘60s, or the many, many other women who have been invaluable to the world of comic books, women have always been there.

To illustrate this, I want to explore the work of cartoonist Barbara Shermund. Because her work dates back to the 1920s, and because much if it is explicitly feminist in nature, she is a strong example of the important role women have played in comics and cartoons for many decades. In addition, the course of her career seems to be a microcosm of the experiences female creators in the industry have faced over the years.

While Shermund wasn’t a comic book artist per se, she was an innovative cartoonist, a medium that is closely linked to and often informs comic book art. She was born in 1899 in San Francisco, the daughter of a sculptor and an architect. She studied at the California School of Fine Arts, then headed to New York at the age of 26. Her intention was just to visit the city, but she ended up staying there for most of the rest of her life, becoming one of the first cartoonists at The New Yorker. In fact, she contributed eight covers to the magazine and published 597 cartoons. That’s clearly quite an accomplishment, especially considering that The New Yorker has become one of the preeminent publications for cartoon art. The magazine was founded in 1925 and Shermund started publishing work there in 1926. So she was among the earliest artists who laid the groundwork that helped to make the magazine the institution it has become. However, there is a notable lack of information about her online. As The Columbus Dispatch notes in an article about her, “The San Francisco native lacks the name recognition of some male cartoonists who contributed to The New Yorker, such as Charles Addams or Peter Arno.” Similarly, in her book Funny Ladies: The New Yorker’s Greatest Women Cartoonists and Their Cartoons, Liza Donnelly says, “Her cartoons stood out among this group [of early female cartoonists] as being more feminist in attitude than those of her peers. However, her work has largely been forgotten.”

Of course, we can’t say for sure that it’s because of her gender or her politics that Shermund’s work hasn’t received more attention over the years. But we can speculate that this kind of erasure is in part what leads some fans today to think that women’s involvement in comic book and cartoon art is a new phenomenon.

Shermund continued creating cartoons for The New Yorker until 1944 and her work reflected the evolving social mores of the so-called “New Woman” of the era. As Ohio State’s Caitlin McGurk says, Shermund was “one of the most edgy, whimsical, and cutting cartoonists of the past century.”

Her cartoons often satirized the gender norms and sexist beliefs of the day, as well as men who held them. Her work also made fun of women whom she believed to be playing into gendered social expectations. Some of her cartoons could be read as having queer subtext, suggesting a more progressive attitude about sexual orientation. As Donnelly says:

“Shermund’s women openly discussed their thoughts about dating, marriage, and men, and often those thoughts were not typical of the times (or at least they were not thoughts that women shared in the company of men!). But here they were in The New Yorker.”

Stylistically, Shermund’s work tended to reflect the same ethos. As Donnelly describes, “Shermund experimented with her style, although her drawings were predominantly strong and forceful. She was classically trained, and she displayed bold, loose lines and assuredness not dissimilar to her contemporary Peter Arno. Her energetic brushwork and dark gray washes are as gutsy as her captions. Hence the art and the words work together well.”

One example of her work for The New Yorker features two women sitting at a bar talking. The caption reads, “Well of course, I do say I’ll never marry – though, somehow, I’ve always wanted to be a widow.” Another piece features a woman walking through a party peopled with couples dancing and kissing. The woman is leaning in close to a couple kissing on the couch, and the caption says, “Oh, I beg pardon – I’m just looking for my husband.” This cheeky sense of humor is characteristic of her work from this time period.

Unfortunately (in my opinion), things began to change for Shermund in the mid-1940s. After Harold Ross, one of the magazine’s co-founders, stepped down, James Geraghty replaced him as the new art director. Geraghty was supposedly more abrasive than Ross and didn’t have the same appreciation for Shermund’s perspective and sense of humor. Shermund’s work was published less and less frequently. Eventually she started working with gag writers who would write jokes of their own to be illustrated by an artist. While this kind of collaboration can work out quite well, in Shermund’s case, it seems to have just squelched her unique voice.

At this point, she became a frequent contributor to Esquire, and her work went from witty feminist satire to safer humor that did little to challenge the status quo. This was likely due to the editorial tone of Esquire and the changing social climate. As WWII came to an end and women were expected to return to their domestic lives, there seemed to be a much smaller platform for women like Shermund to make their voices heard. In fact, there wasn’t a single female cartoonist at The New Yorker from 1959 until 1973.

Shermund died in 1978 during a newspaper strike. No obituary was published in The New Yorker either at the time of her death or later, once the strike had ended. What’s perhaps even more depressing, Shermund was cremated and her remains went unclaimed for an astounding 35 years. Her ashes sat in the John Pfleger Funeral Home in New Jersey for over three decades.

In many ways, Shermund’s story seems to parallel the larger story of women in comic book and cartoon art. They’ve always been around, but were often overlooked or unable to fully express themselves artistically.

Still, Shermund’s story ended on a brighter note – at least posthumously. Amanda Gormley, the daughter of Shermund’s half-sister, located her remains, and Caitlin McGurk launched a successful GoFundMe campaign to lay her remains to rest and to erect a tombstone for her. McGurk also organized “Tell Me a Story Where the Bad Girl Wins: The Life and Art of Barbara Shermund,” the first posthumous exhibit of the artist’s work. It’s currently hosted by the Billy Ireland Cartoon Library & Museum at Ohio State. So while Shermund didn’t receive the recognition she deserved in life, it seems her work is being rediscovered. And this can be seen as a positive sign for female artists in the industry and how they and their work will be viewed moving forward. 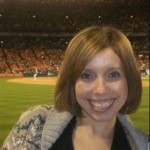 Sarah Cooke is a lifelong fan of science fiction and fandom. She started watching Star Trek with her parents at age five and her love of geeky things grew from there. She is a blogger for Marvel Entertainment and has written for DC Comics, Women Write About Comics, Fembot, Women Working, Comic Book Resources, and more.