An Amazon and a Crime Writer Walk into a Wardobe:

The Retconned Legacy of Dorothy Woolfolk

Last December, the UN decision to strip Wonder Woman of her role as Ambassador to Women and Girls felt a bit like the universe had been retconned. Again.  It was ugly timing after the U.S. election, and like that debacle, attempts at explication proved more malleable than Plastic Man. Some critics took issue with Wonder Woman’s fictional status, conveniently ignoring the Angry Birds character who held a similar appointment. Others blasted her clothing as “overly sexualized,” while conveniently shuffling off their hang ups onto other countries. Wonder Woman’s dress, some claimed, was “culturally insensitive”—to whom, they failed to mention (1). Had these stuffed shirts done their homework, however, they might have discovered that their outrage had a distinctly American origin. Diana Prince was facing down this nonsense long before John Ashcroft draped his first nude in a security blanket.

Two years after her 1941 debut, writes Jill Lepore, Josette Frank led the cover up, complaining to publisher William Gaines about Diana’s costume “or lack of it.” As an advisor to the Children’s Book Committee of the Child Study Association of America, an organization friendly to comic books, Frank was a voice Gaines took seriously; he sought the advice of one Dorothy Roubicek, a young assistant fresh off of Superman. Roubicek wanted to skirt around the criticism by replacing Diana’s pin-up outfit for more modest attire. “There has been a tendency to play up WW as a rather sexy creature, and I think this should be avoided at all times—she should rather be shown as the All-American girl type. Her costume may be one of the reasons why she creates this impression.” Roubicek added the sketch of a dress that was “feminine and yet not objectionable.” WW’s creator William Moulton-Marston laughed it off (2).

But Dorothy Roubicek was no moralizing hand-wringer. She was, describes artist Alan Kupperberg, the “Tallulah Bankhead” of the comic book industry, a “Good Time Charlie” who “knew that life was too absurd to take very seriously” (3). As DC’s first female editor, she was also a pioneer, credited with the addition of kryptonite to the Superman canon and the first woman to script a WW comic. Later, she would return to DC where she transformed Lois Lane from a hoodwinked love interest into the brash, independent reporter we know today.

Roubicek left the business to marry Superman writer Bill Woolfolk, but came back in 1971, where she was put in charge of DC’s romance titles such as Falling in Love and Secret Hearts. These stories, writes historian Tim Hanley, took a remarkable turn under Woolfolk’s stewardship. Fresh from her experience as a stay-at-home mother, and buoyed by the Women’s Liberation movement, the romances “featur[ed] protagonists with more agency, who refused to settle for boys who didn’t treat them properly” (4). She soon brought that sensibility to Superman’s Girlfriend Lois Lane, ensuring that the sexist cringeworthiness in the title remained strictly on the front cover. Lois, writes Hanley, went rogue, quitting The Daily Planet to freelance, and for a time, even giving Superman the heave-ho. “I’m no longer the girl you come back to between missions!” she tells him, “I can’t live in your shadow—I’ve got things to do!” (4).

Lois’s new assertiveness may have also reflected Woolfolk’s struggles at DC, where the work environment made the Silver Age Daily Planet seem like a model for gender parity. “‘The boys club’ always snickered behind her back,” remembers Kupperberg, “‘Ding-a-ling,’ ‘Wolfgang,’ ‘Dotty Dorothy,’ and worse” (3). A year later, right after taking the reins to a planned relaunch of Wonder Woman, she was fired by Carmine Infantino, who faulted her for flakiness and inability to meet a deadline. Her output, as both Hanley and Kupperberg attest, tells a different story. “All of Woolfolk’s romance books came out each month, on schedule, and she also successfully transitioned several titles from six or eight issues a year to monthly series when she took over the line” (4, 3).

Lepore ties Woolfolk’s firing directly to a dispute over the direction of the Wonder Woman character. In the late 1960s, DC made a clumsy attempt to appeal to the martial arts craze, stripping her of both costume and powers and turning Diana into a kind of pantsuit karate kid. Imagine Superman as Clark Kent, parkour champion of Metropolis and you’ll get the picture. Gloria Steinem, who was preparing to launch Ms. Magazine with the Golden Age WW on its cover, expressed displeasure over these changes during a visit to DC’s offices, and Woolfolk, writes Lepore, “sided with Steinem—she wanted Wonder Woman to get her superpowers back—for which she was fired, right about when the July 1972 issue of Ms. appeared on the newsstands” (2).

Ironically, the magazine would run a column extolling her as the future savior of the character: “Next year,” wrote Joanne Edgar, “Wonder Woman will be reborn. With the help of her first woman editor, Dorothy Woolfolk, she will rise again as an Amazon…” (5). While Steinem was oblivious to this injustice, DC ground it in further. In a 1973 issue of the new series, editor Robert Kanigher included a doppelgänger of Woolfolk as the first victim of a serial sniper: “Dottie Cottonman, woman’s magazine editor” is drawn face down in her typewriter, felled by the killer’s “first bullet” (5). Kanigher might have killed her off, but Steinem also glossed over the truth, continuing to write about Woolfolk’s revolutionary changes as late as 1995. This omission Ann Matsuuchi observes, worked less to give Woolfolk the credit she deserved, and instead “effectively erase[d]” the editor’s involvement in the superheroine’s history (5). Like Wonder Woman, Woolfolk was retconned to suit others’ narratives.

Interestingly, a fictional version of Woolfolk existed long before her firing at DC, in another female-centric property that like Wonder Woman, I thought might never make it to the big screen—Patricia Highsmith’s 1952 novel Carol or The Price of Salt.

As a struggling writer, Highsmith paid the bills by scripting comic books, everything from Captain Marvel to Captain Midnight in the period between 1943 to ’48. While freelancing at All American and Timely (now Marvel) comics, she worked alongside Woolfolk, whose maiden name, at the very least, inspired one of the novelist’s saddest and strangest characters. “Pat,” writes Highsmith biographer Joan Schenkar, “used Dorothy Roubicek’s last name—minus the u—for one of the Grimm-est fairy-tale characters in The Price of Salt: the exhausted, middle-aged emigree dressmaker whose attempt to reclothe and comfort the young heroine Therese ends in Therese’s disgusted rejection” (6).

The “Ruby Robichek” of the novel is a wretched figure, certainly not the fun-loving woman described by Kupperberg. Phyllis Nagy, who penned Todd Haynes’ 2015 adaptation, refers to her—sadly left on the cutting room floor in the film— as the “ghost of Christmas Future,” a reminder of loneliness and abjection (7).  She is also kind—the lone sign of warmth in the cold and mechanistic department store where Therese works. “It was the woman Therese had seen creeping down the marble stairs from the mezzanine at about six-thirty one evening when the store was empty…[a]nd here was the woman smiling at her, with the same terrible creases under her eyes and around her mouth. Her eyes were actually alive now, and rather affectionate” (8). Despite Therese’s revulsion, which Highsmith never ceases to emphasize, Robichek is the only one in Frankenberg’s to treat the young woman with any humanity. It’s impossible to know whether Highsmith borrowed more than the editor’s name, but Kupperberg also notes that Woolfolk was known for taking in DC’s young creatives and treating them generously despite the professional hostility she faced. “People like Liz Safian got breaks through Dorothy. Not to mention Sal Amendola, Howard Chaykin, Mary Skrenes, and Alan Weiss. She certainly gave me my first (and second, come to think of it) one-pagers” (3).

In the infamous dress scene to which Schenkar refers, Robichek brings Therese to her apartment, a squalid, gloomy place where she coaxes the girl into trying on a dress of her own design. “You know the dresses with the V at the waist and the little buttons running up…[t]hey called them Caterina dresses…I designed them. They come out of my shop in Queens. They famous alright!” (8). The costume sketch Roubicek/Woolfolk offered up for Wonder Woman isn’t exactly a match for Robichek’s dress, but her early attempt to reclothe the amazon, not to mention her ill-fated support of Steinem, creates an interesting bridge to the novel, whose characters, like the superhero, must also shift between dual identities. Schenkar notes that Highsmith had a penchant for dating dress models, but despite later reticence about her comics career, “the preponderance of stories she wrote were stories for Superheroes. Superheroes with Alter Egos” (6).

Read through that lens, it isn’t hard to interpret Robichek’s dress as Therese’s personal version of kryptonite (the first gown Robichek foists on her is green), an unsettling reminder of abandonment and the lost home.  “[S]he did not want the dress… It reminded her of being given clothing at the Home, hand-me-downs, because she was considered practically as one of the orphan girls, who made up half the school, who never got packages from outside” (8). But it also brings to light another identity: As Therese looks into the mirror, she sees another self in the vivid red dress Robichek finally convinces her to wear, one true and full of possibility. “…ablaze at the outline, bright yellow fire running down to the bright red bar on either shoulder… It was the dress of queens in fairy tales, of a red deeper than blood… Herself meeting herself. This was she, not the girl in the dull plaid skirt and the beige sweater, not the girl who worked in the doll department at Frankenberg’s” (8).  Highsmith refers to fairytales, but this description just as easily might call up a golden girdle or the baby blankets sent from another world. Curiously, Kupperberg also mentions Woolfolk “directing a wardrobe makeover for Clark Kent” (3).

Highsmith laughed off her work in comics, but as Schenkar argues, they had more of an influence than she was willing to admit (9/6). The psychological aspects of her fiction, which genre warriors claim elevate it above the lowly crime novel, are even more closely linked to that lowliest of entertainments—the superhero comic. Who is Tom Ripley, after all, but a sociopathic version of Clark Kent, shifting back and forth between the unassuming Tom persona and the glamorous Dickie Greenleaf? Certainly, Anthony Bruno of Strangers on a Train is an evil genius worthy of Lex Luthor and a perfect foil to the mild-mannered Guy Haines. By granting Ripley “her weakest traits…and her wildest dreams,” writes Schenkar, “[Highsmith] was turning the material of the ‘comic book’ upside down” (6). However faint, Woolfolk’s presence in The Price of Salt feels like another intersection between costumed hero and closeted other, a reminder that it’s better to dress ourselves than allow others to cover us up. 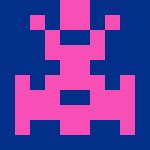 Sara Kate Ellis is a 2011 Lambda Emerging Writers Fellow with stories in Ideomancer, Andromeda Spaceways Inflight Magazine, Crossed Genres, and AE: The Canadian Science Fiction Review. Her nonfiction has appeared in the San Francisco Chronicle, AllyMcbeal.com, as well as Sequart's Shot in the Face and Teenagers from the Future: Essays on the Legion of Superheroes. She's currently an Assistant Professor at Meiji University, whose campus she notes proudly, bears a striking resemblance to a certain 30th century clubhouse.