Amy Racecar and the Question of Gender:

I was having a lot of difficulty in trying to write my first article about such a prickly subject as women and their perception and relation to sequential art, comics and graphic novels specifically. After puttering about and annoying people with incessant questions on what to write about, I was encouraged to take a longer look at a mundane exchange between several close friends about the opinion of one particular volume.

About six months ago, I had become particularly engrossed with Amy Racecar Volume 1 by David Lapham. This character first emerged in Stray Bullets, of which I am also a fan. Since I am the sort to be drawn in by funny and irreverent violence, I strongly encouraged all of my mates to have at it. Their response to the volume was less than encouraging, it might have even elicited jeers, if I recall.

What seemed to be the main problem with the series was not necessarily the subject, but the depiction of the title character. For those unfamiliar, Amy is marked by her naivety and aggressively destructive violent tendencies. This combination, for me, was delightful. For my friends, it was either confusing or met with the downright refusal to acknowledge that any woman would behave as such.

It seemed to be a struggle for the people who were opposed to the series to believe that a woman would behave in such a gender confused way. Throughout the series, Amy kills just about everyone and exhibits deranged behavior and emotional detachment. It doesn’t seem like those qualities are gender specific, but evidently my opinion is not shared by many. Effectively the most bewildering aspect about Amy Racecar is that you could easily replace her with a male, call it Andrew Racecar, and the storyline would be mostly unhindered. Gender doesn’t play a large role in the story except to maybe illustrate the absurdity of the events.

If one were to look over a bulk of action-based comics*, the women in the stories were mostly envisioned by men, and therefore the perception of how they should act is based upon accepted gender roles that transfer over to an imagined world. Women are generally reserved, matronly, emotional, and domestic. They display the majority of characteristics attributed to that good old Victorian “angel” stereotype of how women are meant to behave. If a woman in an action-based comic is evil, she is generally calculating, vindictive, and often times overtly sexual. And while this might be how women are meant to act, do they really? Are these traits conclusive to either gender? Would this kind of assumption be as grossly offensive if one were to say that men involved in action-based comics are often violent, blood thirsty, and dominating?

The large resistance coming from this comic was that if Amy was to be real (a quick aside to those who have read her – how hilarious would that be?), she would never act that way. It was argued that a woman who was “good” would be more sympathetic, tender, or emotionally frazzled. Or that if she was “bad,” she would be cunning, manipulative, and eventually dominated. It was as though the possibility that a woman in an action comic would just merely exist as neither good nor evil, neither angel or whore, while displaying acts of blatant carnage was inconceivable.

The danger in having these kinds of leanings in regards to specified gender actions is that people can use those characteristics to qualify what makes up a certain gender. When a character doesn’t fit that mold, does that make them subversive to their gender? If people and characters were defined by set and accepted gender roles, the only explanation for acting outside those stereotypes would be a deviation from what they were. Is Amy Racecar not a female because she displays such a male accepted perception of the world, because her actions dictate her persona opposed to her genitals? It would be a difficult argument that there are actually any actions or emotions that are definitively anything, or completely indicative of gender. What we perceive and are uncomfortable about could possibly be the reflection of how we think specific genders should behave but don’t necessarily.

And while this might be deviating from comics, the feminist author Charlotte Perkins Gilman said, “There is no female mind. The brain is not an organ of sex. Might as well speak of a female liver.” I find this quote to be devastatingly accurate in how women should be perceived in sequential art and how they should be acknowledged, as humans (human-ish? kind of human? mutants with human qualities?) who are drastically different and varied, not cornered into negative stereotypes simply because of emotions that should dictate their gender.

Thankfully, it seems like more and more action-based comics and graphic novel authors are acknowledging the above statement. But I think that might be fodder for another column, right?

*Disclaimer: I know these traits aren’t exhibited in every single comic with women featured. I recognize that more and more women are penning comics and graphic novels. I can acknowledge that this doesn’t hold evident with every female-based action-involved hero/villain. I can also obviously acknowledge that there are a whole bunch of well-written female characters not adhering to stereotypes written by men. I know that not all sequential art is action-based. Let’s not paint the town red. This is just an example. Come on now, for those not in the comic elite, the majority of female-based comic heroes / villains go as far as Catwoman, Batgirl, and Mary Jane. Let’s cater to them as well. 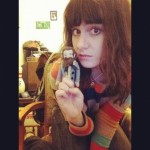