On Phonogram & “Hating So Correctly”

Kieron Gillen and Jamie McKelvie’s Phonogram is very much a celebration of pop music, a comic filled with characters who love it deeply and at times overwhelmingly. A blurb from Art Brut vocalist Eddie Argos for The Singles Club, the second volume, describes every issue as feeling “like a lovingly crafted mixtape from a best friend.” Phonomancery, the form of magic that underlies much of the action in the series, is all about a passionate, personal connection with songs. In “Wolf Like Me,” that volume’s final issue, David Kohl (the series’ polestar if not quite its protagonist) tries explaining it to his friend Kid With Knife: “Close your eyes. And listen hard. Just feel the song. Let it sweep over you. Breathe it in. Let it possess you. And when you can feel it filling every single cell in your body…just ride it as long as you can.”

At the same time, though, Phonogram is also all about bad people, and bad vibes. Kohl’s friend Emily Aster is more than comfortable admitting that, “[e]veryone I know is a bad person with great taste in records.” In “Konichiwa Bitches,” the Singles Club issue focused on the DJ team of Seth Bingo and The Silent Girl, we’re treated to a full page of Bingo derisively blowing off people’s song requests. Phonogram‘s characters gleefully insult each other and each other’s tastes, and it’s clear that some of them can’t stand each other. Aster’s quote about bad people is directly in reference to Seth Bingo, whose own thoughts on her are hardly a secret. Throughout The Singles Club, he describes her as “the most evil woman in the world,” “evil bitch hag,” and  “eternal hag born of ill winds and the movement of bogs.” Feelings like hate, contempt, and self-loathing don’t just give Gillen a chance to show off his skills with invective, they’re arguably as much a part of Phonogram as positive emotions like love, passion, and enthusiasm.

Rue Britannia, the series’ first volume and the one most focused on David Kohl, explores the ways musical tastes can become fundamental features of a person’s identity. In it, threats to Britannia (“the Mod-Goddess of Britpop”) create a ripple effect through time altering Kohl’s memories and personality. His self-understanding is rooted in the time when he served her, when he most loved Britpop. Present-day Kohl’s tastes have changed, but flashbacks make clear just how earnest his love for the music was. Loathe as he might be to admit it now, David Kohl loved this music, and that love is a major part of who he understands himself to be, a part of his past that figures strongly in his current personality. Ultimately, he’s able to save the day and prevent the past from being changed, preserving the David Kohl he is. He confirms this to himself, though, not by double-checking to make sure his favorites are still his favorites, but by listing off bands he hates, building to a triumphant declaration of how much he despises Kula Shaker. What he hates is at least as much a part of what makes him who he is as what he loves. It’s a form of negative self-definition, one likely to be familiar to the music nerds in Gillen and McKelvie’s audience.

Phonogram‘s cast members hate other people, and often themselves, just as much as they do a shite single or a rubbish band. Part of this is a natural outgrowth of that mode of negative self-definition. Kohl checks in on his tastes throughout Rue Britannia, becoming more and more nervous as he finds himself liking things he was sure he hated. It’s essential to him that he not be the kind of person who likes certain things. For someone like Seth Bingo, poor taste is a character flaw, if not a mortal sin. The insults he casually lobs at strangers who would have him play bad music are almost as vicious as the ones he hurls at a mortal enemy like Emily Aster. In Britannia, Kohl’s former friend Beth turns out not only to have outgrown the music she used to listen to (“Not that interested anymore. Whatever’s on the radio. It’s hardly important.”) but, even more so, the people she used to listen to it with (“I don’t know what I saw in any of you.”).

In Beth’s case, at least some of that hatred is warranted: Kohl, in keeping with his womanizing ways, strung her along without any actual romantic interest in her. For other characters, though, hatred arises not from what other people do to them, but from how other people remind them of themselves. This is clearest in the tense relationship between Laura and Lloyd introduced in The Singles Club. As Laura puts it in “Lust, Etc.:” “We’re very alike – two failures, grasping at something larger that slips through our fingers. So very alike…for that, I hate him.” Lloyd echoes the sentiment in an issue of Phonogram‘s third volume, The Immaterial Girl: “She knows me so well and hates me so correctly. And she’s better at being her than I am at being me.” Both characters spend the series’ second volume riddled with self-doubt and frustration and, what’s worse, they both recognize it in each other. Their failures are magnified as they see them reflected back.

It’s in The Immaterial Girl that Gillen and McKelvie push deepest into an exploration of self-loathing. Rue Britannia and The Singles Club hint at the idea Emily Aster has undergone a significant makeover in terms of tastes, style, and personality, and The Immaterial Girl gives us a look at just what was involved in that transformation. In Britannia, Kohl’s first in-depth description of Aster merely alludes to all this: “When I first met her, she answered to a different name. She snipped away the bits she didn’t like and traded them for power.” This turns out to be something of an understatement. Aster’s reflections on her metamorphosis in Immaterial Girl reveal that she’s actually split her personality in two. Her mopey goth past as Claire Aster is cast off into a limbo, existing only in the reflections of mirrors and TV screens, while the confident, fashionable, and callous Emily is left to roam the real world. It’s a Faustian pact with “the king behind the screen,” a Michael Jackson-esque music video deity in the mold of Britannia.

“We Share Our Mother’s Health,” her issue of Singles Club, gives us our first hints the deal could be going sour. Claire, a mirror image taunting her present self with the scars of past self-harm, warns that she’ll be coming back, one way or another. Immaterial Girl focuses on that attempt to trade places, as Claire does her best to destroy the life Emily has built, and both halves of herself in the process. The young Claire first beckoned by the king is still motivated by aspiration. “He showed me a better place with a better me,” she says, “I simply had to become two-dimensional.” She doesn’t make the deal, however, until years later, when she finds herself deeply dissatisfied with the trajectory of her life: “I’ve decided that being miserable is just depressing.” It’s revolution as replacement for self-regard. If she can’t love herself, she’ll build a her that can, or at least one that doesn’t care: “I imagined myself carried aloft on the backs of others. They would hate me and love me. But mainly hate me. And I loved that.”

The returned Claire does her best to make this come true, burning bridges with Emily’s friends and coven of Phonomancers, telling people off with a disdain that’s a thin cover for her self-loathing. As she tells the people in her life what she really thinks of them, it’s clear that what we’re seeing is that part of Aster who is uncomfortable with how she has behaved as Emily; she’s lashing out to mock and punish herself as much as to hurt them. Ultimately, regardless of how happy Aster appears to be with her new life as Emily, it becomes clear that the trade she made did nothing to solve the core problem of her self-loathing. The war between her two halves is resolved in part by coming to terms with the fact that the artificial split she’s forced on herself has only made the problem worse. It’s that problem of negative self-definition again: pitting Claire and Emily against each other has only served to deny her own complexity, turning the sometimes contradictory nature of her true personality into a pair of falsely opposed caricatures. It’s only through coming to terms with those contradictions that Aster is able to save herself from Claire’s self-destructive revenge. She’s a bad person with great taste in records, but maybe not either of the bad people she’s thought she was. “I love you,” Emily tells Claire as their battle for control ends. “No you don’t.” “No, Claire, I don’t. But I wish I did.” 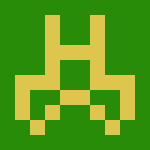 Kylie Blohm is a freelance editor and writer living in New York. Her focus is mostly on music, comics, queer politics, movies, and all the rest of that stuff that makes life worth living.