Of Squirrels and Girls

This exposes me to some risk, having to look over my shoulder for Steinbeck’s vengeful spirit, but that’s the life we choose in the thrilling, fast-paced world of sequential art criticism.  Not like music reviewers or film crickets.  Pansies.

Here we are to take note of, and perhaps celebrate, a one-off, fifth-string character who for all we know might be coming to a theatre near you in the years to come; she already has her own IMDB character page.  Ladies, gentlemen, other protoplasmic and geomorphic masses no matter how you self-identify, I present to you the banjo of the orchestra… Squirrel Girl.

So as to fill in your boxscore, her civilian identity is Doreen Green, a teenager who may or may not be a mutant (first she was, then she wasn’t).  Doreen has the ability to communicate with squirrels, whom she employs as a standing, or scurrying army, as well as numerous traits in keeping with her eponym — principally tremendous agility, along with enhanced speed and strength.  Doreen appears to be among the most tactically aware characters in existence, and has an enormous bushy tail which she has somehow learned to fully conceal when not in costume.

A quick note from our sponsor.  Which is, I guess, the Universe, as Sequart doesn’t have sponsors, per sé, unless Uncle Julian has been holding out on us.  A sweet, Hawaiian sugar-mama?  Millions diverted from Big Something who can no longer spend or advertise in the public domain?  Ah, well, this is no time for casting aspersions, just send me a piece of the cake.

No, this is an aside to quickly examine the role of The Great Unknown in our lives.  You know: coincidence.  Here, I’ve been kicking this piece around for a few weeks only for one thing followed by another to stumble into the way.  If The Great Editor in the Sky (you can call him “Mike”) set me deadlines, like with the books, everything would be fine.  Three-thousand words by four-fifteen?  No hay problema.  However many words… eventually?  Wellsir, that’s when you’re going to get them.  Most of them.  Probably.

So, I’ve been picking it up and putting it down and shaking it here, boss! when I hear that there’s going to be a Big Thing for David Suzuki’s 80th birthday.  If you have to ask who that is, don’t worry about it; suffice to say that he’s a great, wee man who has undoubtedly made your life better in ways you don’t realize.  For the last (mumble-mumble) years, he’s hosted the CBC program, the nature of things (sic).  I watch it once in a while, particularly if there’s a provocative subject, like “The Beaver Whisperers” or something about mooses or South American water rights.  What do I see in the TV listings for this afternoon?  A nearly two year-old re-run called “Nuts About Squirrels”.  And what was on, last night?  An episode of (take a deep breath) Ultimate Spider-Man: Web Warriors featuring the very subject of this little adventure.  It was… erm… Season 3, Episode 5, “The Next Iron Spider”, if you feel the need.  I was flipping channels trying to avoid the baseball game and anything to do with political primaries and chanced upon the beginning of the show.  Trust me, I had to look it up as I’m not a viewer.  I don’t hate it or anything, the show’s just a bit… young, for my taste.  It was also a poor treatment of our heroine, using her as a one-note joke.

You get it, though, right?  You don’t have to believe in Karma or Kismet or water walking beardos or whatever floats your boat, but when the scales begin to tip heavily in a fateful direction, it’s best to get on with it.  Thus:

When author Will Murray, abetted by Steve Ditko, introduced us to our favourite comic book sciuridae themed character in 1992,  it is unlikely that he thought, or thinks today, that she would live on to become his most famous creation.  Her genesis is fairly simple:  Murray, offered a filler story that was printed in Marvel Super-Heroes, itself a digest of the untried and unused, wanted something light and fun (in a pre-Authority yet oft most dark and grim medium), and had, among other things, a yard full of squirrels to aid him with inspiration.  Squirrel Girl (hereafter referred to as “SG”) was a teen wannabe who most wanted to become Iron Man’s partner.  Rebuffed for all sorts of reasons, she nevertheless proved indispensable in helping to thwart… whatever Doctor Doom was planning.  It hardly matters, he’s sneaky and always up to something.  Tony Stark praised her spirit and suggested that her best tack would be to continue her education.  And she was never heard from again.

The years ticked by…

SG‘s name was (very) occasionally dropped, her image appeared here and there – mostly there – until that fateful day in 2005 when along came Dan Slott, of late the mind behind Spider-Man, who had been gifted, and gifted us in return, with a four issue mini-series featuring the Great Lakes Avengers and two follow-up books, GLX-mas Special and Deadpool/GLI Summer Fun Spectacular.  For the uninitiated, as it were, under Slott’s brief stewardship, the GLA were served by the Maria Stark Foundation and forced to change their name.  The first choice was the Great Lakes X-Men, which was quickly nipped in the bud by the real McCoy (if not the actual McCoy in a Beastly turn), followed by the GL Champions, the rights to which they won in the infamous super-hero floating poker game, and finally with the GL Initiative after the group had registered with the United States government at the dawn of the first Civil War.  With the various Initiatives now mainly defunct, I’m uncertain as to their present appellation, though the imminent second Civil War will undoubtedly provide someone with appropriate fodder.

The majority of Slott’s work to that point had been light-hearted, with a sometimes wry self-awareness that one would expect, or hope, to find in books like Ren & Stimpy. As it happens, it was the perfect style for the GLA and SG.  Slott partnered with Fabian Nicieza for the Deadpool/GLI book and while it had some chuckles, it didn’t quite fit for SG.  Both characters are the red-headed step-children of the Marvel Universe and pairing their diametrically opposed yet eerily similar characterizations certainly seemed like a good idea, but it wasn’t.

SG is sweetness personified, though never quite saccharine.  All that and a bag of acorns.  Slott typically used her (and Monkey Joe — stay tuned) in reaction to the plot, to which she was naturally horrified.  When called upon, however, SG proved to be the most capable hero in comics to the point where a series of vignettes had her single-handedly defeating everyone (and everything) from Fin Fang Foom to the actual, real Thanos (according to a walk-on from the Watcher).  The pure absurdity of the character was always treated with equal measures of joy and irony.

Slott’s other, other touch of genius was to employ first Monkey Joe, until his untimely and gruesome demise, and then to lesser degree, Tippy Toe, SG’s number one squirrel comrades, as a one-squirrel Greek chorus.  There are numerous highlights, but having Monkey Joe excoriate the presumed fanbase actually reading the books further entrenched the overarching sense of irony and self-awareness.

There were a couple of minor appearances before Brian Bendis decided that Luke Cage and Jessica Jones required a full-time nanny for their baby girl in the pages of New Avengers.  This was wholly a case of “won’t this be hilarious” and did nothing to serve the character.  Indeed, it wasn’t long before SG found herself at the heart of the Fear Itself campaign, dodging giant, killer mech suits and attempting to take cover, bloodied and with baby in hand, within the sheltering confines of Avengers Mansion.  The truly absurd was turned up to eleven when Doreen was part of a first-person interview scenario describing the Hell of this experience.  No irony, no breaking of the fourth wall; rather, a very silly character portrayed in a very serious manner in a very serious book.  Happily, the story turned such that her services were no longer required and SG returned to the theoretical.

Meanwhile, Tempus Fugit.  The best part of a decade spins by (from Slott’s revival, as her stint with the Avengers shouldn’t be counted apart from the obligatory nod to continuity) and the reins are passed to filthy Canadian Ryan North.  The man with the plan.  Or, at least, the computer science degrees and creative wherewithal to combine the practical with the artistic.  Combining his talents with illustrator Erica Henderson, a pair of limited volumes of The Unbeatable Squirrel Girl were delivered, with a supplemental graphic novel, The Unbeatable Squirrel Girl Beats Up the Marvel Universe, to be dropped any minute, now.  Okay, autumn of 2016, but time flies.  The common nomenclature for these things is “OGN” (Original Graphic Novel) which is not only off-putting but conjures weirdly disturbing images of Wilhelm Reich.

Our Doreen is all grown up, now, and a computer science (ç’est naturellement) freshman at Empire State University in Manhattan, Peter Parker’s old stomping grounds.  North didn’t exactly jettison her entire history to this point but did make it inconsequential, apart from a run-in with Doom which both begged and allowed for a subtle as can be reference.  All of the tropes are ticked off, from SG’s fish out of water attempts to blend in as an ordinary person to her penchant for saving the world from outlandish threats via her wits, nuts, and occasional flourish of more than human abilities.  This is all managed with a wink and a nod, without veering into parody; preserving and acknowledging the implied loopiness of the character while navigating the slender thread that allows for both action and emotion.  Whereas Dan Slott had the wonderful Paul Pelletier and his nouveau Neal Adams approach to heighten the comedic dichotomy, Erica Henderson provides a more flat and grounded interpretation, leaning more toward Robert Crumb than, say, Will Eisner.  While Henderson’s style is more than most a matter of taste, her ability as a storyteller is excellent and lends a sense of pure fun to North’s often manic scripts.

The pointed and omniscient squirrel narrator of GLA has been replaced with marginal notes at the foot of almost every page and, despite the squint-inducing typeface, every, single one is at the least amusing and frequently an absolute scream.  It’s an element that I sincerely hope will continue with the graphic novel.

Before you chime in with an Anthony McAuliffe-like “Nuts!”, in our present funky age of Deadpool and Rocket & Groot, it really does seem like only a matter of time before Squirrel Girl receives some sort of live screen treatment.  I honestly don’t know how I feel about that except to say: Give me Monkey Joe, or give me death!  Or a handful of cashews, I’m flexible. 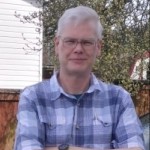