You Can’t Go Back Again

An unfortunate trend seems to have taken hold at Marvel Comics, which has slowly convinced me to give up reading my favorite super-heroes.

Instead of writing stories that move the characters forward by building on the previous and recent stories, many of the current writers are going backward, rewriting stories of the characters’ pasts. The story is usually meant to reveal something to the readers of which we were hitherto unaware. In reality, they make the heroes unrecognizable, altering defining moments for the characters in such a way that they redefine those characters altogether. Instead of writing new stories, current writers, notably Bendis and Straczynski, overuse ret-cons (retroactive continuity—an alteration in the history of a character) to rewrite Marvel Universe history to conform to their own visions, resulting in characters that change personalities from writer to writer with no logical progression.

Not that all ret-cons and stories of characters’ pasts are bad. Frank Miller breathed new life into Daredevil by ret-conning Elektra into his past. Another ret-con was able to preserve Jean Grey as a hero, rather than a mass murderer drunk on power. (On the other hand, that too has been ret-conned back and forth so many times that nobody is really sure whether or not Jean is the Phoenix.) And Paul Jenkins told a nice story of Peter Parker’s past connection to his Uncle Ben, although he did go back to that well too often. Some very effective story telling can be done with ret-cons.

Still, too many of Marvel’s modern writers seem stuck in the past. Brubaker’s opening arc on Captain America, for example, brought back Bucky, revealing that the long-dead sidekick did not die after all. Rather, he was taken by the Soviets and brainwashed, becoming a bitter warrior, the Winter Soldier. It has been 40 years since Cap was pulled out of the Arctic by the Avengers, yet here we are again getting stories about Bucky. Even if it turns out not to be Bucky, but a hoax, it’s a story that relies too much on a grieving process Captain America should be long past. In the first couple years of his return, many Captain America stories revolved around him mourning the loss of his young sidekick, holding himself responsible for the young man’s death. This story might have been good back then, but forty years later it’s just morbid and makes Cap’s grief an unhealthy obsession. Worse, although the story is well-written, some readers must be asking themselves what the point is. Bucky has been dead since WWII. Can’t we let him stay dead and move on?

Some writers cannot let Henry Pym move forward either. It doesn’t matter how many times it’s shown that he is no longer the sort of man who would abuse his wife, someone has to dredge up that old story. Chuck Austen is the latest offender. Previously, Busiek, considered by many to be the quintessential Avengers author, spent time building up a story to show the healing of Henry Pym and establish him as a hero no longer plagued by an inferiority complex. Likewise, he restored the relationship between him and the Wasp, his ex-wife. Under his run, it was obvious that they loved each other. Austen ignores all this, however, writing a Wasp who is afraid of her ex-husband and ends up in a relationship with Hawkeye. There is no build-up, no re-fracturing of Pym’s psyche, no failed experiments to reinforce his inferiority complex. Nor is their any build- up to the Wasp-Hawkeye relationship. Austen completely ignores the previous twenty years of Avengers.

But these examples are minor when compared Straczynski, who does far worse with Spider-Man. Straczynski practices ret-con after ret-con, dipping into the character’s past or writing a new one. Under his tenure, it is learned that Spider-Man’s powers are mystical in nature, although it has been well established that the radiation in his blood is the source of his power. But this new origin gives Straczynski a whole new Spider-Man to write. This Spider-Man is hunted by greater beings (whom have never been interested in him before now). This Spider-Man has untapped powers, powers he was too afraid to tap into before lest he lose his humanity and give in too much to his Spider side. This Spider-Man is able to resurrect himself, clawing his way out of the husk of his former body. Now he has poisoned spikes which come protruding from his forearms. He can see in the dark (an almost redundant power, since he’s used his spider-sense in the past to guide him in the dark). What is the point of reworking Spidey’s origin? It adds nothing to him; it only alters him. Are there no new stories to tell about him in the present without reaching into the past?

Apparently not, because Straczynski doesn’t stop with the origin. Reaching thirty years back, we get another Gwen Stacy story, as if that horse hasn’t been beaten enough. Only, this time it’s different. Now he shows us what we never saw when Gerry Conway was writing the book. Gwen slept with Norman Osborn for reasons passing human understanding. Not only is this story unlikely, given what we know of Gwen from the original stories with her in them, it’s a wholly unnecessary story. Who’s clamoring for more Gwen Stacy? She’s been dead since the ’70s, for pity’s sake. It would be so nice to see a Spider-Man story that doesn’t have to totally rewrite his history but can push forward with new stories that do not rely upon an “everything you ever thought you knew was wrong” mentality. It is not the writer’s job to recast Spider-Man in his image but to continue Spider-Man’s story from the point he picks up the book.

Nor should it be Bendis’ job to retool the entire Marvel Universe to his idea of what it should have been. Consider first his treatment of the Scarlet Witch. Reinterpreting an earlier ret-con perpetrated by Byrne about twenty years ago, Bendis destroys not just her character but kills off a few others. Coming from a story idea Bendis had when he was eight years old, the Avengers are attacked by an unknown menace. Ant Man (Scott Lang, not Henry Pym), Vision, and Hawkeye all die as the Avengers have their worst day ever. Stephen Strange shows up to tell the heroes that one of their own is responsible for the series of attacks—the Scarlet Witch.

But there is no build up to this story, nor is it a logical progression for the Scarlet Witch. According to Strange, she has always had more power than she could control, never having learned how to master it. (Why is it Marvel’s female super heroes have more power than they can handle, but men seem to do just fine?) In flashbacks, we witness the Scarlet Witch discover that she once had two children and that her teammates have been hiding the fact from her since she lost them. This drives her mad, and she kills Agatha Harkness, her mentor. Next she goes after the Avengers, although it seems that she did so unknowingly; she is not in control of her power.

None of this really makes sense with the Scarlet Witch’s history. First, although Strange says that she’s had to struggle all her life to keep her powers in check, that she is able to alter reality but in doing so “she loses herself,” there is no history of this. In fact, under Busiek’s run, she becomes leader of the Avengers. Nothing suggests that she is a woman on edge, losing reason. To the contrary, she is a strong, able woman who has worked through some incredibly difficult personal problems. Second, it’s not true to say that she never learned any discipline to control magic. She studied with Agatha Harkness, who is acknowledged in Bendis’ story to be her mentor. Third, Strange claims that there is no such thing as chaos magic. This is a silly ret-con, because Harkness is obviously an accomplished witch and would know the nature of magic. This is something that would have come up a long time ago in training with Agatha Harkness. To try and undo it now makes little sense. Bendis is really forcing this on the character. All of this is too sudden. If we’d seen that the Scarlet Witch was having control issues, this story might have made sense. Instead it comes out of nowhere, reworking the character beyond recognition because Bendis had a “cool” idea when he was eight years old. Beyond all of that, probability control is not the same thing as reality control. The Scarlet Witch has never been able to create ex nihilo. Even her children were not borne out of nothing, but came out of a demon. Bendis has rewritten the very power she uses so he can justify this story and House of M.

The cover of Avengers #502, written by Brian Michael Bendis and promising death inside.

Radically altering one character through a ret-con is bad enough, but now Bendis is rewriting the history of the Marvel Universe. In New Avengers: Illuminati, Bendis reveals that key players have been meeting for years to discuss strategies and make the difficult decisions, including the recent decision to ban the Hulk from Earth. Not only does this give a sinister feel to the heroes in question, it sets up stories to further rewrite the past. While some see this as an interesting take on the characters, it transforms their relationships to one another and their respective teammates. It also alters the very personalities of these characters, making them far more arrogant than we’ve known them to be. 40 years of history must yield to Bendis’ new take on the characters.

While an occasional ret-con can effectively be used to close a continuity gap or reveal a new facet of a character, the current writers at Marvel seem to always be looking back. It would be nice to see a story that followed logically from the last year of stories or the previous writer instead of reaching decades back. It is not for the current writer to rework the heroes beyond the point of recognition. Rather, it is for them to progress the characters from where they have come. If the writer doesn’t like a character’s past, they don’t like the character and should choose something else to write. In the meantime, Marvel has lost a customer. I just don’t want to keep reading rewrites. 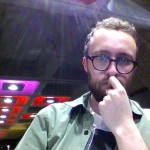