Spoilers for The Unbeatable Squirrel Girl. (But honestly, you should’ve read it by now anyway.)

Stop me if you’ve heard this one before:

Some chemical-induced villain comes into your campus looking for Spider-Man to fight and instead all he finds are squirrels and a super-heroine who can apparently control them. Instead of having them go on an all out brawl they just fight for a minute or two and the super heroine convinces them to fight giant monsters under the sea instead.

I mean, I’ve seen this happen at least twice and I don’t even live in NYC!

The Unbeatable Squirrel Girl (USG), written by Ryan North with the art by Erica Henderson, engages in these sorts of weird resolutions all of the time. The comic is cheery and makes no qualms about being so.  It constantly challenges what it means to be a good super-hero. And surprisingly it may not involve the constant torture of your enemies!

Squirrel Girl’s real name is Doreen Green. Doreen is a mutant who was born with the ability to talk to squirrels, jump like they do, climb up trees with her claws like they do, and so on. If you want to learn more about Doreen I wrote about her here.

Her main companion is Tippy-Toe, and together they try to save the world from the forces of evil.

Or sometimes she’s just figuring out how to make it to class in time.

As such, Doreen has the classic Peter Parker dilemma of trying to balance her super-heroine life with her school life. She’s a computer science major at New York University and rooms with a woman named Nancy Whitehead. Nancy’s favorite things include sewing, fighting injustice, and her cat Mew. Mostly Mew, to be honest.

When it comes to saving the world though, Squirrel Girl is all business. She’s chipper (no squirrel pun intended) and she doesn’t want to fight, but when she gets mad, get ready for a tussle. But within the genre of superhero comics USG doesn’t often focus on violent resolutions to violent disputes. From Galactus, Kraven, and most notably Hippo, Squirrel Girl would rather make friends than enemies. And this is one of the salient differences between her and most other super-heroes.

One of the best examples of how Squirrel Girl handles violent conflicts comes from issue #6 of USG where a lesser known Marvel villain named Hippo is wreaking havoc. Hippo, for those who don’t know, is a former human who got turned into a humanoid creature by the High Evolutionary.

The issue is notable for featuring Hippo himself exclaiming that, “This whole thing is stupid! Imagine being a hippo chillin’ in a zoo and then without asking for it some weirdo force evolves you into an adult quasi-human. Nobody feeds me for free anymore, yo! I eat 90 pounds of food every day! I got bills!”

This sort of thing just isn’t often addressed in your usual comic. The heroes often don’t care let alone ask why the villain in question is doing what they’re going. And sure, sometimes they’re just evil, but often this is just a lazy get-out-of-jail-free card on the part of the writer.

Okay, so they’re evil. But why? Why do they feel like they need to rob banks? For Hippo it’s because he has an understandable need: a need to pay his bills.

Squirrel Girl’s compatriot Koi Boi (he can control fish) tells Hippo that this is no excuse to rob the banks, to which Hippo responds, “Oh sure. Get a job, right? Because companies are dying to hire an adult half-hippo man with literally zero education. You know how much rent is in this city? Especially for a place with high ceilings, wide hallways, and preferably a tub? Because I’ll tell you one thing: I found out how much they cost, and guess what?? Now I’m robbing banks!”

Seriously, that’s the answer that Squirrel Girl comes up with. Her reasoning is that while she can empathize with Hippo’s predicament, he’s still doing something wrong. He’s still depriving people of their money just so he can go through life. But what sort of plan is this in the long-term? Squirrel Girl will have to kick Hippo’s butt, and he’ll have a criminal record! And neither of these things is going to help him get ahead in life.

Hippo appreciates the empathy and stops for a second, but it’s the job idea that really makes him stop and think. And it’s actually sort of realistic. Hippo doesn’t say, “Well now I’ll never do crime again!” Instead, he lets them know that if it doesn’t work out for him that he’ll go back to crime and literally take the bank.

But even so he ends up walking away, as do the other characters, mostly unhurt. And at least so far in the series (now at issue eight and restarting at their second issue #1 in October), Hippo hasn’t come back.

And that’s the main thing Squirrel Girl has someone over Batman, for example. Kraven never came back from hunting sea monsters. Galactus and Squirrel Girl literally became friends, and she convinced him that there are better planets out there. And of course Hippo might get a job!

These are all sustainable ways to end crime, by giving people purpose and listening to their plights and reasons for committing crime. You obviously can’t solve poverty as a super-hero (though many have tried) but you can actually try to help people suffering from it have something of a better life. It could be as easy as making them realize their fundamental worth, encouraging them to follow their dreams (as crazy as they may be) or just lending a shoulder or an ear.

As Galactus said, no one had ever treated him as if he was an equal. Everyone treats Galactus like he is a menace, a conqueror, something to be feared. And okay, to be fair that’s perfectly rational given who Galactus is and what he does (a gigantic being that devour worlds, if you missed the memo). But on the other hand, Squirrel Girl raises the idea that perhaps it’s possible to even deal with seemingly insurmountable threats in compassionate and interesting ways that largely don’t rely on violence.

None of this is to underplay when Squirrel Girl does get violent though, as Jason Karlson of Bleedingcool.com says:

“Throughout its first seven issues the series has always had an emphasis on nonviolent conflict resolution, which might sound counterintuitive for a superhero book, but North makes it work. Leading Squirrel Girl and company to seek out more creative methods for dealing with her would-be foes makes for a far more interesting read. It’s the perfect series for anyone seeking non-stop action and adventure without the dull repetitiveness of the bif-pow superhero slugfests. Oh sure, Squirrel Girl isn’t afraid to throwdown with the best of them when push comes to shove. Even when shove comes to out and out brawling, but in true Marvel fashion she’s currently slugged more of her fellow heroes than she has villains.”

That includes beating up the Avengers in 26 seconds, by the way.

Though, to be fair, they were all a bit wacked out at the time, so it’s cool. 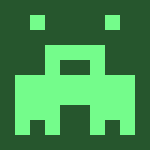