Incognegro‘s Protagonist is Not the Hero He Hopes to Be

With the recent release of Strange Fruit #1 being critiqued for its lack of unique identity in its African-American (and even Alien-African-American) characters and unrealistic characterisation, my thoughts drew back to another piece. A comic that, though not perfect, produced a story blending history and fiction in a way that reflected modern day struggles of societal relationships as much as historical ones.

Based on the boyhood fantasies and historical heroes of Mat Johnson, Incognegro is a 2008 graphic novel published by Vertigo about a light skinned African American going undercover as white to investigate lynchings in the deep south. Johnson’s story hides a depth of social themes underneath a much simpler race relations plot while Warren Pleece’s art, though inconsistent, provides the subtlety and realism needed to tell a story so embedded in modern history. Incognegro’s story holds many clichés but its balance of mystery, espionage, history and social commentary brings enough grace to make the piece worthy of investigation and reflection.

Johnson begins Incognegro with an action scene that is reminiscent of the first scene of many an action film. The consequences are shown to be real and our protagonist, Zane Pinchback, as smart. Zane begins and ends his story with two monologues that read in the vein of almost any generic comic superhero and sets up Zane as the apparent hero of Johnson’s story. Though Zane will show his heroics in many ways, the reader must later question if Zane is a hero or just another product of society’s social teachings, just like the enemies he faces.

Zane’s story shows clear boundaries as to who the reader should and should not be rooting for. The African-American characters can easily be sympathised with, while the white southerners are shown as clear villains. This boundary, though cliché, is created due to the character perspective; African Americans surviving in the early 20th century. But Johnson is able to build reader sympathy for Incognegro’s evil southerners in a very different way, by presenting a paradox within the story’s hero and his allies.

Zane and his friends, though facing an unsympathetic enemy in the southern people, are not the heroes they seem to be. Zane’s (at least verbal) rejection of violence and team work with other black men (very refreshing among many black heroes who are driven by violence and dependent on a white man à la Tarantino’s Django) shows him to be a man of honour and intelligence. But there soon begins an annoying itch in the reader early on in Incognegro.

Within the first few pages of the graphic novel, Zane has told a woman that this is “not really a discussion for a lady”. Though seemingly small, this prejudice will only escalate throughout the plot. Zane claims his rejection of violent ways early on in Incognegro but his most violent act near the climax, punching a woman in the face, is met with disbelief as another black male, Josiah Ryder, asks “How… How could you do that?” Zane begins to question his action only to find that Ryder was only questioning how he could take on someone with a gun pointed at him. Johnson seems almost tongue in cheek. Other characters’ responses or lack of response to Zane provide the societal backdrop for our hero’s lack of consequence for his actions and prejudice toward women. Zane’s brother later goes on to tell another man to get off of his apparent angel only because “No man hits her but me!” and Zane lacks sympathy even when presented with a woman in a similar predicament to himself, going undercover as a white man in order to reach her full potential. Though this potential by no means requires this woman to be a man, it is society that forces her to take on this act, just as it does to Zane. Though Zane is not aggressive nor overtly disrespectful about this discovery, his lack of reaction and sarcastic remark afterward shows his lack of empathy and his response can remind many readers of similar instances in modern society.

These events can easily be read as signs of the times but a modern reading allows us to see the folly in our protagonist and highlights that even those willing to risk it all, like Zane, are still victims and participants in the very kinds of acts they are trying to destroy. The paradox in our heroes shows the innate humanity in Incognegro’s characters. It allows the reader to sympathise with the southerners and their lack of understanding about race and the differences between themselves and their black neighbours. This sympathy does not show the southern people as innocent, but all characters as guilty in their contribution to society.

Some of Zane’s early remarks in Incognegro echo. Zane had stated that there is no such thing as race. It is only something “to keep us on the bottom”. The reader now questions whether Zane should ask himself, as must the reader, if there is such a thing as gender. Despite the lack of reader confidence in Zane as our hero, he receives a positive ending. The reader is then left to wonder whether Zane and his friends will ever receive consequences for their actions or if they will continue living as the very thing that they despise and work against. 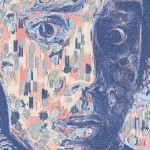 Samuel Crowe is an African-Australian who grew up in the desert of Central Australia. Some of his earliest memories include reading comics, and he has not stopped since. While trying to find more time to read, Samuel balances studying Psychology and Political Science at the Australian National University with working as a Youth Worker. He spends his spare time writing words and music.