This is Your Comic on Drugs

In 1954 the comic publishing industry faced a Galactus-sized threat from psychiatrist Fredric Wertham. His study linked comic book reading to juvenile delinquency and other social ills. The report whipped up public fervor and called into question the medium of comics. His book called Seduction of the Innocent was release in tandem with a Congressional investigation with comic publishers in the crosshair.

The commission specifically targeted crime comics. For several years crime comics had occasionally used reefer-fueled criminal activity as plot points. Even though comics portrayed drug use in a negative light, Wertham claimed they were instruction manuals for criminal education.

He writes, “Another crime comic describes the wonderful effects of morphine. ‘One needleful of joy-juice and you get so satisfied with the world you forget your obligations.” The quote was lifted from “Murder, Morphine, and Me”, originally published in True Crime Comics #2. The short was written by Play Boy cartoonist and Plastic Man creator Jack Cole and is generally regarded as being among his best work.

In order to save the industry, the major comic publishers agreed to a self-censorship board known as the Comic Code Authority. Having the Code’s seal of approval indicated that the book did not run afoul of the numerous rules that seemed specifically focused on the crime and horror comic genres.

While the Code didn’t specifically reference drugs, their banishment from comics fell under a general clause prohibiting elements that were contrary to the spirit of the code and were violations of “good taste or decency”. So did a lot of other things.

Wertham was not in favor of self-censorship and had advocated for restricting the sale of crime publications to children under the age of 15. Instead, the Code served to water down the content of comics in order to continue marketing to children. The result was that horror and crime publishers like EC were driven out, popular genres died, with the simple morality tales of the pulp superhero continuing to thrive.

Post-war morality stunted the literary and artistic growth of the medium of comics.. Speaking to the depth of the pre-Code comics, Luciano Lupescu writes, “Murder, Morhphine, and Me” is a tale about the “drug racket” only at a superficial level. Its true aim is to show the reader how reality, can break every illusion a person can have, how it can bring you to desperation, and how it seems that there is no end to the sufferings one has to endure” (Synedoche Page 6: A Condensation of Jack Cole’s “Murder, Morphine, and Me”)

While the Comic Code forbid even featuring the word “crime” on a cover, underground comix were sold in head shops brandishing titles like Dope Comix and Cocaine Comix.

The flagship title of the underground movement was R. Crumb’s Zap Comix. The iconic 60’s cartoonist explains that his unique style developed immediately after an LSD experience. He ditched his greeting card job and moved to San Francisco’s Haight-Asbury to start penning drug-inspired doodles, which launched underground comics in 1968.

Called “comix” they were seen as the alternative to mainstream comics that had been sanitized to the point of irrelevance. Comix explored politics, sex, and drugs within the 60’s youth counter-culture movement.

Some attribute the decline of comix as a reaction to the passing of decency laws that allowed communities to decide books that were pornographic and illegal. Already a target by moral crusaders, head shops couldn’t run the risk of carrying the books. But perhaps the fall was inevitable as it was tied into a counter-culture wave that was crashing and rolling back as the 1970’s washed in. Either way, the creator movement helped nurture the artistry of comics during the dark age of censorship.
The later rise of indie comics and creator-own books can be traced back to the self-published efforts of creators like R. Crumb. The edgy portrayals of real life and unique artwork served to show that the medium could be used for more that Whizz! Bang! kiddie stories. By the 1970’s, this movement had infiltrated mainstream comics and producers were ready to start telling more mature tales.

Superheroes Go To War … Against Drugs

In 1971 US President Nixon enlisted Marvel’s Stan Lee in the “War on Drugs.” In The Amazing Spider-Man issues #97 – #99, the web-slinger saves an addict from falling off a building, helps pal Harry Osborne kick a pill habit, and kicks the shit out of drug dealers. In the harrowing conclusion newspaper publisher J. Jonah Jameson informs Peter (and the reader) that drugs aren’t just a ghetto problem, but everybody’s problem.

Even though the message was definitely anti-drug, it ran afoul of the restrictive Comic Code Authority. At the time all depictions of narcotic use, good or bad, were forbidden. When the run was released, The Amazing Spider-Man was the first mainstream comic to be published without the Code’s seal of approval. When the comic sold well without the Code’s stamp, its value was weakened.

Not to be out done, DC jumped into Nixon’s warfront. The cover of Green Lantern #78 and #79 boasted, “DC attacks youth’s greatest problem… drugs!” It was a mature tonal jump from previous youth problems like accidentally inviting two girls to the same dance or running afoul of sand-kicking beach bullies.

The cover art depicts a smug Hal Jordan showing Green Arrow that his child protégé Speedy was a junkie. The Comic Code’s Seal of Approval appears above a depiction Speedy shooting up a tray of heroin fixings. It signaled that the opinions were bending.
Throughout “Just Say No” era, popular superheroes were drafted into the war on drugs. The Teen Titans battled vice in a three-part series. Captain America spearheaded the Marvel effort despite the fact that the patriotic hero got his powers from super-juicing.

Swamp Thing and the Greening of comics.

Just a few issues into Alan Moore’s Swamp Thing run, the “sophisticated suspense” comic had already shed the Comic Code stamp. With scenes of menacing undead and overtones of twisted sex it hearkened back to the EC Horror comics. The writer Alan Moore was primed to tap into drug culture with the transcendent story-arc “Rite of Spring”.

Unlike DC’s earlier depictions of drugs, in Swamp Thing plants weren’t something to be warred against but intimately communed with. In the comic it is revealed that the plant-based hero has another power – eating his tuber grants a psychedelic experience. (Write your own joke.) The artwork married with Moore’s prose is transcendent and called back to 60’s underground comix at their most trippy.

It’s not all fun and games however. Swamp Thing’s psychedelic fruit has a danger. For the impure in heart it produces delirious nightmares. But for others, it provides a doorway to becoming one with the earth. In the “Just Say No” era, to suggest that drugs could be handled responsibly was shelf-shaking.

Grant Morrison had already entered American comics with his unique take on Animal Man before actually trying drugs. His success with Arkham Asylum enabled him to travel the globe and indulge in life like never before. He channeled his new experiences with drugs into his metaphysical-opus The Invisibles.

In that work, a delinquent takes the “red pill” by ingesting a psychedelic fungus from a subway wall. He plunges into the unseen realities of the world above and below, gaining enlightenment and emerging as the freedom fighter, Jack Frost. Another member of the Invisibles, Lord Fanny, a transvestite, makes a mystical connection as a child through the use of hallucinogenic mushrooms.

Both Moore and Morrison channeled drug culture into their art, bringing the themes of outsider comix into mainstream works. For both drugs were a magic that could be both black and white, for bad and good.

Throughout the years, drugs occasionally provided a dramatic element for the characters to deal with. As with comics of the past, their appearance was usually in cautionary tales where drug-use adversely affects the lives of loved ones.

In a few other cases, drug use is more explicit. Brubaker and Phillips crime masterpiece Criminal involves a heroine enterprise in a nod to pre-code crime comics. In the 2015 Image series Airboy, a washed-up golden-age hero indulges in drugs, along with other vices. In DC’s Harley Quinn, the bad girl character indulges in substances. It follows changing social attitudes toward recreational marijuana use. A recent issue even came with a gimmicky “rub ‘n smell” cover smelled like weed.

There is no denying that drugs have played a role in shaping the art form of American comics. Early depictions of criminal narcotics, helped to usher in an era of comic censorship. The restrictions launched an underground comix movement that was creatively fueled by psychedelics and sixties drug-culture. The social backlash gave rise to the war on drugs, which tapped superheroes as crusaders in the mission. These mature stories on drug dangers helped the comic industry shed the Comic Code stamp of censorship. In the wake, writers like Alan Moore and Grant Morrison, opened minds by suggesting that drug use might be handled responsibly, even as a way of personal exploration. In modern comics, both trends continue, with drugs depicted both as a peril and a tool. 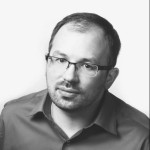 Anthony Mathenia is the producer of Supreme Team, a comic about the rise of crack and hip-hop in 1980s New York. A Kickstarter campaign is underway to raise funds for production.