Amazon Did Not Kill the Comic Shop (or, How My Daughter Saved the Shop)

On the eve of this year’s annual ComicPro Meeting, an international meet-up of the best and brightest brick-and-mortar comic book retailers, I am happy to announce that Amazon did not kill the comic shop. In fact, we’re doing better than ever.

Let’s start with the numbers before we get to the sentimental stuff. They’re boring but they make a point. A quick call to Diamond Comics Distributors reveals an increase in the number of shops this past year (albeit a tiny one, 1-2%). A month-to-month comparison of January 2014 to January 2015 shows an across-the-board sales increase of over 12%. The number of shops has grown, and established shops have seen a significant increase in sales. These are the facts, and they are undisputed.

So why are we, as an industry, doing so well? Some reasons are not so easy to see from your computer. First, comic shops are a proving ground—a lab if you will—for new intellectual properties. Ever wonder why Hollywood felt the need to go to San Diego Comic-Con to showcase new ideas to a bunch of “nerds”? It’s because the average comic consumer is an educated, engaged and vocal consumer of the things he cares about. This scenario plays out every day in local comic book shops worldwide. Comic shops have become centers of pop culture in their cities. Try pitching your idea for a slow-paced zombie television show that’s not a traditional horror story and see what reaction you get. However, grow it for eight years in that lab and you’ve got The Walking Dead.

Brick, mortar and pulp have also proven to be effective tools to feed the Hollywood hype machine. Sometimes I wonder why companies as large as Marvel, Disney and Warner Brothers even allow us to exist. It’s because no one knows how to promote their properties in our respective towns better than your friendly neighborhood comic shop. Last year, Marvel helped shops give away over 500,000 Guardians of the Galaxy and Rocket Raccoon comics during Free Comic Book Day, more than three months before the movie of the year even came out. People engaging their local shops had something they wanted in their hands before they even knew they wanted it. Hype from comic collecting and hype from Hollywood have a chicken and egg relationship; ultimately the cycle feeds itself to the point that Marvel has release dates for five of their new movies tied to the street-level promotion of Free Comic Book Day. While comic shops are the bottom feeders of this billion dollar industry, it is still a billion dollar industry. In a world that inundates you with pop culture, your local shop gives you tools to filter that information.

Backing away from Hollywood and turning to Amazon, there are a couple other issues to consider. Comics will always be a visual and tactile commodity. You can shop online for a novel by your favorite author, but with graphic literature you’re looking for that writer/artist team that really resonates with you. Finding it involves physically browsing through books and engaging a knowledgeable staff. Liking Neil Gaiman is one thing, but to hit your high point as a consumer you have to find an artist to go with him.

From behind a computer screen, it’s easy to overlook is how analog the world still is on many levels. For large number of committed comic book readers, digital format and online purchasing is simply not an option. Many people still lack access to the technology, the internet, or a tablet. A look at the major comics publishers will show that the digital revolution they hoped for never quite happened. Lack of a universal digital comic format and issues over costs of downloading to  a mobile device are part of this. A lot of people just can’t afford to have their hobby operate in that way. We’re there for them.

And finally, my daughter, the future of the comic book industry. Having a three-year-old girl makes you think on a completely different level. I now know one of the biggest mistakes you can make is to not have a space dedicated solely to all-ages material. When your child watches The Avengers and comes out excited about Captain America, you want to bottle that energy and transform it into something productive. Kids can see that glow in your eyes, too. It’s time to parent, and that does not mean shopping online. It means taking them to the comic shop to explore a whole world of characters in a physical, tactile realm, because that’s where kids live. It’s the responsibility of every comic shop to protect the values of the properties they sell by making their businesses accessible to families, ensuring that every kid can experience the magic of that first visit to the comic book store (only this time Dad’s into comics too). A store dedicated entirely to superheroes is a magical thing to a kid. Going to the shop is a shared generational experience since parents can also grab some of the indie stuff they’re into. This is how we are growing: by creating a place for families to come together and explore this hobby.

It’s true that Amazon has changed the way we operate, as have many things over our 24 years in business. We do sell merchandise and collectibles, but more than that we are in the business of selling stories. I can honestly say I’ve never been more proud of the state of the industry. Our shop looks very little like it did in the beginning. I’m sure it’ll look very different near the end.

And that’s not a bad thing. 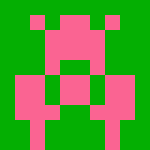 John Dudas is the owner of Carol and John's Comic Book Shop in Cleveland, Ohio. CNJ's has been in business for over 24 years, and his partner and mother Carol is currently collecting the only comic shop pension in the history of the industry. He adores his wife Apryl and his daughter Zoe. His first memory is of the Super Friends Water Ski Show at Sea World in 1976, so all he's ever known is comic books. www.cnjcomics.com