True Detective Explores the Roots and Branches of Southern Gothic

Set on the Gulf Coast of Louisiana, and filled with images of hurricane-wrought destruction, the first season of True Detective uses many Southern Gothic visual elements. Physical decay evokes themes of moral decay, which are also important in Southern Gothic genre works. Authors Flannery O’Connor and William Faulkner use these elements to explore the more problematic social issues of the Deep South, especially those stemming from poverty, racism, alienation, and classism. True Detective works in this vein as well, taking what seems like the isolated murder of prostitute Dora Lange and exploring every connection until it becomes clear that her murder is only one crime in an entrenched network of perversion and corruption.

The first image of the first episode of True Detective is a tree, specifically the tree where Dora Lange’s antler-crowned, spiral-painted corpse was discovered.  Like most viewers, Detectives Hart and Cohle focus on the mysterious corpse in this scene. It’s a clever misdirection, as the tree is one of the key symbols in the series. It’s also an early clue that the detectives should be looking at family trees if they want to understand their murderer.

What do you know about Sam Tuttle? All the branches of the Tuttle family?

The degeneration of Southern aristocracy – the plantation and slave owning “high” society of the antebellum South and their modern descendants – is a common theme in Southern Gothic works and True Detective follows this tradition. The grand family in this story is the Tuttles. Our first introduction to the family is through Reverend Billy Lee Tuttle, when he lobbies for the Lange murder case to be handled by a special task force for “anti-Christian crimes.” The Reverend is not the only influential Tuttle. His brother, Eddie Tuttle was Governor of Louisiana before becoming a Senator. The patriarch of the clan, Sam Tuttle, succeeded at planting members of his family in every powerful organization in the South.

From the outside, the Tuttle family appears to be a pillar of social responsibility and yet Detective Cohle is suspicious of the Reverend’s interest in Dora Lange’s murder. When Cohle hears rumors of child molestation at the Tuttle sponsored Wellspring schools, he pays the reverend a visit. The schools sound good when first described by the Reverend. They are “a number of private schools… that adopt our standard curriculum and in return, receive tuition reimbursement for underprivileged students.” But when Cohle asks for details about former Wellspring faculty, the Reverend reveals that the way the schools were structured leaves him and his ministry with no real accountability. “That’s what I’m getting at.” He explains, “These were private institutions. You would have to track down the administrators.”  This de-centralized structure conveniently obscured any paper trail that could be used to trace allegations of abuse back to the Reverend or his family.

The abuse in the Wellspring schools is just a glimpse of the pervasive influence of the Tuttle family in Louisiana. It’s a sophisticated manipulation of both the educational mandates designed to benefit impoverished children and the good intentions of the families who send their children to church sponsored schools. It is a grotesque mockery of the aid that education and religion are supposed to provide to poor communities. Ironically, it’s also a system that Louisiana society celebrates as charitable and good. The Tuttle family’s roots run so deep in the community that their evil influence is not just hidden; it’s tied in with every facet of community life, from the cradle to the grave.

Tell me about grandpa.

Grand families are often large and contain many branches and the Tuttle family is no exception.  Patriarch Sam Tuttle was a man of large appetites.  When interviewed by the Detectives, a former Tuttle family domestic worker reveals that “Mr. Sam… he has lots of children. All types.”  Cohle presses her and learns that Tuttle has a bastard grandchild, one with burn scars covering the bottom half of his face. Errol Childress is that scarred man, the grandchild from “Mr. Sam’s other family.”

The surname Childress is Old English and was either an occupational name for a family that ran an orphanage or a name given to an orphaned or unwanted child. In giving Errol the last name Childress, writer Nic Pizzolatto hints at the character’s motivation. Though he is not an orphan, Errol is a distant branch, far from the core of the Tuttle family tree. He is not granted the Tuttle family name and certainly not acknowledged by respectable family members like Reverend Billy Tuttle. In spite of being shunned, Errol still identifies with the Tuttle family, creating a perilous friction between the real world and his ideal world.

It’s not until the final episode of the first season that we see how Errol Childress lives and it is pure Southern Gothic. Rising from the swamps, the Childress home is a faded plantation house surrounded by shacks that were once slave cabins. The family is even more grotesque – the father is a flyblown corpse strapped to a bed and Errol’s half-sister Betty is also his lover. “Tell me about grandpa,” Errol prompts as he molests her. He coos as Betty retells the story of their grandfather raping her as a child. This is a scene that plays the most loathsome elements of Southern Gothic for shock value, but it also reinforces Errol’s obsession: his connection to the Tuttle family. His sexual relationship with his sister emulates his grandfather’s wanton behavior. Errol doesn’t have the means or status to find the virginal girls that Sam Tuttle preferred, but he can have sex with Betty and feel connected to his grandfather knowing that they have shared the same woman.

In the episode “Since You Were Gone”, Detective Cohle reveals that he has a video tape implicating the Tuttle family’s involvement with a child sacrifice cult. The viewer is granted only brief clips of the tape, but Cohle describes it as “a very rural sense of Mardi Gras—you know, men on horses, animal masks and such.” They also had a “winter festival, heavy on the Saturnalia, a place where Santeria and voodoo got all meshed together.” Despicable as the Tuttle’s involvement with the cult is, their killings are private, upper class affairs drawing on customs dating back to Medieval Europe. Though depraved, they are also discreet, leaving behind no corpses to raise questions. Even if questions are raised by the families of missing children, the Tuttles can dispatch a powerful relative to quiet any accusations.

Errol Childress’s killings are his attempts to imitate the ritual sacrifices performed by the Tuttles. Being outside the privileged circle of the respectable side of the family, he has only a foggy knowledge of how the rituals work. This ignorance leads him to invent his own jumbled symbolic system, filled with spirals, antlers and tree branches – the same symbols that Hart and Cohle have been trying to decipher for nearly 20 years. Errol’s killings are also different in how the corpses are handled. With the Tuttle family sacrifices, the victims are never seen again. Errol’s victims do not disappear. Their bodies are painted and staged, like Dora Lange or they are preserved in the catacombs that Errol calls “Carcosa,” where bones and branches interweave to form a giant altar. The murders are Errol’s “very important work,” an aggrandizement that justifies his vision of himself as part of the greater Tuttle clan. Shirtless and filthy, Errol stands at his kitchen window and opines, “It’s been weeks since I left my mark. Would that they had eyes to see.”

My family’s been here a long time.

The last scene of the True Detective season finale is reserved for Detectives Hart and Cohle to make their peace with themselves and the universe, but the second to last scene of the season recalls the opening image of the series: a sustained shot of the tree where Dora Lange’s body was found. By now the symbolism of the tree is clear. It represents the Tuttle family looming over the community, the hidden power and deep roots of the “greater” Tuttle family, as well as the more visible perversion of the “lesser” branches like the Errol Childress. Hart and Cohle did what they could to trim away the branches, but at the end of the day, the Tuttle family tree is still strong and casting a shadow of depravity across the South. 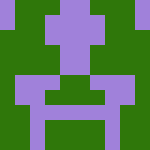