The Possibilities of Death

It is summer time again, which means it is time for comic publishers to unveil their big story lines for the year, and likely kill a beloved character. Marvel has been teasing that Wolverine may even die within the next few months. Now, what they actually mean by “death” is up for debate, but readers are already rolling their collective eyes. Why? The reason is because fans have become jaded to the use of death in comics.  As a community, fans have nothing but scorn and hate for the usage of death in plots and character arcs. I would argue that death in corporate comics can be used in a way, on the other hand. It can mean something in the long term and help bring in new readers for once.

If we look at comics, the only narrative form that simulates their story structure is wrestling, which has its own version of comic death. In wrestling, it is typical to find a wrestler in a promotion that has done it all. He or she has been the world champion, been in highly involving plot lines, factions, etc. Eventually every wrestler runs out of interesting things to do however. According to Al Snow in his excellent Kayfabe Commentaries Guest Booker documentary, he states that wrestling operates off a cyclical structure. Wrestlers strive to be the world champion, achieve it, lose it, and strive to regain it. He says that eventually the wrestler will do everything that is possible to do in the promotion, and when that happens they are inevitably written out (ie. suffering an injury). Now, a wrestling fan knows that the wrestler is most likely not injured, but in the moment, if the storyline is doing what it is supposed to be doing, then the fan can believe that the wrestler is injured and their career is in serious danger.

This process serves a valuable purpose in putting overly exposed talent on the shelf, allowing for the audience to forget about the wrestler in the meanwhile. Then, after several months, even years, they can be reintroduced to the roster and generate revenue once more. His / Her character and moves feel brand new to the audience again. This same technique can be applied to corporate comics, and the different publishing houses do try to do this.  However, the publisher’s mistake is bringing the character back too early. When you kill a character, they need to stay dead for a very long time, you need the memory of the character to slip away from the public consciousness. Which, judging by the amount of content that a comic publisher puts out, that time frame could be around five years, maybe more. The death of the character could also potentially allow publishers to wipe away a particular character’s backstory, supporting cast, and continuity away, thereby instilling interest in new fans.

So how does one influence fans and make them believe that death matters?  Looking at our wrestling example, many times promotions lose focus on their goal and mission. Storylines are no longer believable. At some point the audience stopped caring because it felt like what they were watching didn’t matter. The way that the creative team can fix this issue is by returning to basics, by either toning down the aesthetics or hyperbole. As credibility is restored, the audience begins to trust in the direction of the story and is more willing to follow them their respective conclusions. In comic terms, the same sort of technique can be used. If the deaths that occur in the universe stick, meaning they don’t come back in a year or 6 months, but are shelved for at least a few years, the comic reader will be wondering what’s going on. They’ll begin to wonder where the character is and when the character will be coming back.  In doing this the reader is being trained so that, when a character dies and comes back, the anticipation will be restored with the arrival of the new character.

I feel that death in comics gets a bad rap as a gimmick that is just used to generate a quick spike in sales. However, it could be something more. I think that comic death can used as a platform to take a worn out character and make them fresh, with an eye at creating a new book down the line that focuses on gaining new readership. 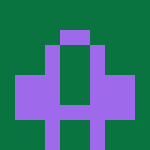