Southern Bastards Starts with a Bang (and a Plop)

Southern Bastards #1, from Jason Latour and Jason Aaron, is the most recent high point in the barrage of high-profile releases coming from Image Comics over the last couple years. Insider fans like myself have been following this series since its announcement at Image Expo 2014, already drawing comparisons to Scalped, scouring the Internet for interviews and solicitations. This comic was on my pull list from the second it was announced, and so this issue isn’t really “for me.” It’s for the casual readers—people who don’t know Aaron from Adam or at the very least aren’t sure whether his talent extends beyond Thor: God of Thunder. From a certain reckoning, Latour and Aaron have twenty pages to convince these people to come in for the second issue. But for every reader who’s going to give it that long, there’s another who’s going to pick it up in the store, turn the page, and then make a snap decision as whether to turn the page again.

They treat those readers to a double page spread of a dog taking a dump.

Latour, being the artist that he is, fashions a downright beautiful image of a shitting dog, one that does a lot to prepare the reader for what’s coming next. Look at the way the discarded cans and bottles fade into the grass, blurring the line between nature and the refuse of what passes for “civilization” in the comic’s southern landscape. Note the concordance of the arrow in the Antioch church sign with the “One way in, no way out,” sign in the sign below, undercutting Earl’s promise of a three day visit on the next page. And then there’s Earl’s truck itself, distantly visible on the horizon and heading into the page turn, smoothly transitioning the reader’s focus from the shitting dog onto our protagonist proper.

It’s a very good page. None of this explains the shitting dog. The shitting dog that is, unquestionably, the center of the page, the aspect that draws the most attention. It takes some creative reading, indeed, to read “Image Comics presents… Southern Bastards” across the three pages that separate that subject and object. The message of this spread is much simpler than that, and it’s read left to right: “Image Comics presents… a shitting dog.” Plop. That orange plop is one of two splashes of color on the page, the other being the claustrophobic dab of open sky that opens up in the upper right hand corner. They’re very nearly the same color, as are all the issue’s sound effects and, as we see several pages further in the issue, the color of urine.

Getting cursed out and pissed on is, in fact, the only deliberate interaction that any of the other characters have with the omnipresent dog in this issue. The dog herself, at this juncture, is not a character but an object feature of the landscape. Its barks are sound effects too, as opposed to words, which transmit meaning and are encased in Jared K. Fletcher’s stringy white word balloons. Though some reviewers have argued for the dog’s totemic significance, she clearly has no agency in the plot, and indeed has nothing to communicate. She is raw image and noise.

Image hasn’t broken any new ground by representing excrement on the comics page, nor is Southern Bastards particularly pioneering for its use of grotesqueness as an aesthetic. Shock value and offensive material in comics is a longstanding tradition going back at least to Tijuana bibles from the ‘30s, but it reached a heyday in mid-to-late 90s Vertigo comics, with books like Transmetropolitan and the Invisibles redefining “excessive” on a monthly basis. The king of the pack was unquestionably Garth Ennis and Steve Dillon’s Preacher, featuring a shit-slinging heir of Christ and a Nazi fucking a pile of meat. If Preacher had a totemic character, it was Arseface, a teenage boy who after a failed suicide attempt has a face that looks like a butthole.

Arseface, like Southern Bastards’ dog, isn’t an effective communicator, owing to his condition. Ennis, however, provides Arseface with subtitles until the reader (somehow) learns to translate his mumbling speech in later issues. Indeed, my favorite issue of Preacher is the special in which Arseface relays his own origin, developing him from an extended butthole joke into a fully-realized and sympathetic character.

Latour’s dog isn’t like that. It’s not Lucky from Hawkeye. It doesn’t have its own story to tell. There’s no subtitle or iconography that explains its intentions any clearer than the pile of shit it leaves on Southern Bastards’ opening page. The 90s Vertigo books were wordy affairs in general—they usually featured stunning art, but they were built around the idea of the superstar writer, in opposition to the then-nascent Image Comics, where the artist was king. Preacher doesn’t begin with the glorious image of a rectum with eyes and half a nose—it starts off with its three leads sitting around a diner and talking.

The shock value’s there, but it’s buried in the story Cassidy’s telling; it serves almost as a warning that things are going to get visceral later in the issue. Arseface shows up in the second issue, but only after two characters stand around and explain what his deal is. The main “draw” of this page, the impetus to continue reading, comes from the questions that are raised. These people and their story are supposed to be intriguing. Are they literally “looking for God,” and why does the guy in the preacher’s collar seem to be the religious cynic of the bunch? The reader begins following these people’s stories though eavesdropping, merging into their worldview, and by the time Arseface shows up—which is only after we see two people stand around explaining who Arseface is and how he came to be—we’re too engaged to turn away.

The current Image Comics renaissance takes after the best of Vertigo in that its biggest successes don’t pull any punches. The Walking Dead comes to mind, but so does Saga, seemingly a sales miracle in that it’s risen to the top of the charts without the aid of any movies and TV shows. Saga is a wonder of a book and there are plenty of explanations for its success—Brian K. Vaughan’s quick dialogue, Fiona Staples’ expressive art, the focus on a variety of nuanced female characters. However, I think a lot of Saga’s success comes from the first impression it made on readers.

Staples and Vaughan blend image and language here to create an effect and drop us right in the middle of the action; Staples herself letters Hazel’s narration so that it melds seamlessly into the artwork, following the curve of Alana’s hair. This isn’t an isolated use of this sort of image. Every issue of Saga starts with a full-page panel usually depicting a shocking image or an image that immediately establishes high stakes. The panel that got an issue of Saga removed from Comixology’s iOS storefront was one of these pages.

While books like Saga and Southern Bastards incorporate elements of the 90s Vertigo books—the punk attitude, the use of vulgar imagery, the sophisticated writing—there’s a different philosophy of comics at work here. These are beginnings that put the artist front and center, propelling a story forward off of the purest possible distillation of the imagery therein. That’s why Jason Latour’s shitting dog has less to do with Preacher and more to do with this:

The splash page, as perfected by Jack Kirby, is mostly remembered as an artifact of the 60s and 70s, when comics were primarily marketed to kids off of newsstands. Kirby, never one for subtlety, knew how to start a story off with the force of a cannon shot. In books like Fantastic Four, his splash pages often weren’t even part of the story, but instead functioned as a secondary cover, a movie-poster version of the events within. A raw image.

Latour may have swapped out the “Rrroarr!” with a “plop,” but the effect is the same—his shitting dog is an image that grabs you and pulls you in. A literal “splash” is the sound that accompanies complete immersion, without the narrative remove imposed by a talky frame along the lines of Preacher. These aren’t books that are going to play nice with you, or offer convenient exit routes out of the worlds they create. These are comics you should be able to smell and feel when you’re reading them, and they’re not going to smell like roses.

Image Comics presents a shitting dog. That’s it. That’s all you need. You can stop there and throw the rest the comic away, if you want.

But why would you ever want to? 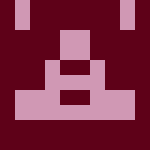 Matthew Amylon is a recent graduate of Wesleyan University living in Rhode Island. He has very intense thoughts and strong emotions, many of which are brought on by comic books. His most frequent release valve for these energies is his blog.