One of my favorite features of comics is that, unlike prose fiction, you can judge a visual book by its cover.  Covers can mislead you by juxtaposing compelling external art with mediocre artistic guts (shout-out to Thunderbolts), but the tone of a comic is always presented first and foremost on the front of the book.

Meet Janey Belle: streetwalker turned high-class call girl turned zombie tramp.  Sold out to a crooked cop named Mr. Rudolf by the morally bankrupt, cross-dressing George Sumero, Janey is used as leverage to keep Sumero out of prison.  All Rudolf wants in exchange for overlooking Sumero’s illegal dealings is one night with Janey — which turns into Rudolf feeding the unsuspecting call girl to his shackled zombie son.

So apart from some vaguely transphobic correlation between gender deviance and moral deviance, the material is up to snuff.  Down on her luck, a streetwalker that becomes the most expensive call-girl in all of Hollywood isn’t a bad premise. Sure, there’s nothing wrong with renting that. What about a shady law enforcer that targets sex workers to feed to his zombie son? Everybody needs a hobby, aparently.

But does the title feature other zombies?  How did Rudolf’s son become a zombie in the first place?  Is there an outbreak imminent, or is Janey’s origin story just a half baked excuse to throw a rotting corpse in sexy skivvies?

Instead of a biting critique on the disposable nature of the sex trade, Zombie Tramp is what happens when I Spit on Your Grave derails and sidles into the Penthouse forum, followed by zombies.

Guilty of beating an undead horse, Zombie Tramp creator Dan Mendoza bolts the biggest tits that’ll fit in frame to the zombie fad.  In an interview for Free Comic Book Day with Mendoza and Jason Martin — the other talent behind Zombie Tramp — Martin mentions that the book “is definitely horror, but it’s also very akin to grindhouse and genre cinema.”

Someone call Ilsa, She Wolf of the SS and let’s get a second opinion.

Grindhouse flicks are notoriously sexual, violent, and — above all — violently sexual. Exploitation films of any sort straddle the fine line between entertainment and offence, and the grindhouse genre in particular is loaded with potentially problematic women.  So why does Ilsa’s evil and insatiable sex drive amuse where Janey’s pseudo-rape-revenge does nothing but exasperate?

Janey, like all zombies, is a corpse.  She may have miraculously retained her soul through her transformation, but it is dominated by a body.  She’s an animated hunk of flesh with only the thinnest traces of humanity remaining — neither a victim nor a heroine.  She is limited to her shape.

At least Ilsa had wants and needs — even if those needs were to castrate any sexual partner who made the fatal mistake of ejaculating.

Unfortunately, Janey is two overly inflated breasts — thankfully safe from the decay that only affects parts of her we wouldn’t want to ogle anyway — and not much else.  As the tepid mythos of Zombie Tramp reveals itself, Janey becomes less tragic and subject to more of a series of unfortunate events.  She has no particular strengths or weaknesses — she just exists. She isn’t even strong enough to best Rudolf and must eat her voodoo priestess tag-along (surprisingly not as hot as it sounds) to absorb her magic powers and finally get her revenge — her body isn’t enough on it’s own.

Now, if Janey’s problems ended with her carnality, I would wrap it up right about here. But, unfortunately, fucked up female sexuality and gender deference are so prevalent in Western comics that I can’t give Zombie Tramp a full eye-roll.

Not only is Janey limited to her passive, incomplete, and overtly sexual body, her fundamental value as a person is completely external.

In the first volume, Sumero uses Janey to keep himself out of prison.  Mr. Rudolf uses her to feed his son.  Xula — the voodoo priestess — uses her as a tool for her own revenge against Rudolf.  In volume two, Janey is co-opted as a weapon by the predictably creepy little girl Morning.  Again, Janey is an object; an instrument to be manipulated for someone else’s gain.

And, if you still had any hopes left that Zombie Tramp may be suffering from the effects of Poe’s Law, let me dash ‘em.

See, once the creep that killed her is out of the way, Janey only cares about one thing: getting hot again.  She doesn’t mind being dead, but she does lament her looks.  And, because Mendoza seems at least partially aware that pretending Zombie Tramp is anything but slapdash pandering, she does eventually gain the ability to switch between corpse and non-corpse skins.

Dressed up in a variety of fetish gear, Janey is a walking, talking slab of submissive sex and violent exploitation.

Zombie Tramp’s third volume is hitting solicitation this month, but I wouldn’t rush to your local comic shop to add it to your pull-list.  Dan Mendoza and Jason Martin try to pack zany, grindhouse antics into a half-conceived story, garnish it with sex appeal, but forget the self-awareness and careful handling of the horror heroine that makes a good piece of satire.  If you’re looking for a fun exploitation comic full of sex but without the ethical squickiness, do yourself a favour: throw Zombie Tramp back down the pit it crawled from and pick up Hack / Slash instead. 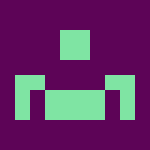 Christa Aylward worked full time at a comic shop to put herself through university at Kwantlen Polytechnic. Through blood, sweat, tears, and more Joyce than could possibly be considered healthy, she emerged victorious with her undergraduate degree with a major in English Lit. With it she can continue to work in a comic shop because, well, what else is an Arts grad qualified for? She’s not bitter, by the way. Not at all.