What Should Be Done with the Mutant Menace? Part 4:

The Evolution of Iceman

We’ve been looking at the underlying structure of the X-Men comics: how mutants pose an existential threat to themselves and others, necessitating that they either control themselves (Xavier’s dream) or be controlled (the goal of their numerous villains). And we’ve seen how the ongoing nature of the book has resulted in the a common narrative, in which a character repeatedly loses and regains control over his or her powers. In this part, I want to look more closely at how this narrative has played out in the case of a single character: Iceman.

One of the founding members of the team, Iceman has been featured in the X-Books for nearly fifty years. As such, he has been subjected to every variation on the loss / regain plot line that I described in Part 3:

I’ll also look at how Iceman’s progression through these plot lines has resulted in drastic changes in his physical depiction, including a dramatic increase in his musculature. In this regard, he epitomizes Xavier’s vision of self-mastery.

Iceman’s first appearance was in X-Men #1 (September 1963), where his initial appearance was less that of an iceman, and more that of a snowman. Indeed, he directly comments upon that appearance: upset that he is being ignored by Professor X and the other X-Men — that he has been given “five minutes of free play” rather than training — he adorns himself with buttons, a carrot, a hat, and a broom.

A few issues later, Iceman has ditched the goofing off, and instead reveals that, through training, he can now make his facial features appear more refined.

(Note that, as of this issue, Cyclops has assumed Professor X’s role in training the other mutants.)

This angular and icy version of Iceman became the norm for a long time, growing even more refined in the hands of artist Neal Adams.

Iceman retains this appearance for roughly the next two decades. He eventually leaves the X-Men (in issue #94) and appears in various other comics, such as The Champions, The Defenders, Incredible Hulk, and Spectacular Spider-Man.

Then, in the mid-1980s, he returns to the X-Books, joining the team X-Factor. There, Iceman develops a condition wherein his powers begin spiraling out of control. He explains his situation in X-Factor #17. [1]

Iceman is eventually able to overcome this condition by means of a prosthetic device. While battling the anti-mutant group the Right, he is outfitted with a “power damping” belt that turns off his powers. Iceman overcomes this impediment only to find that the belt enables him to control his otherwise unwieldy powers.

Iceman proceeds to wear that belt for many years, until training affords him sufficient control over his powers that he no longer needs it.

Already, we can see how Iceman’s development exemplifies change by gaining and losing control over his power. But his journey is not yet over. (Indeed, my basic point is that it will never be over.)

The character’s next transformation comes roughly seven years later, in the mid-1990s. The telepath Emma Frost possesses Iceman and greatly expands his powers, enabling her to achieve a spikier look.

It turns out that Iceman is a more powerful mutant than previously realized. (Like Cyclops, he has, until now, had mental blocks that prevented him from fully developing his powers.) After he is freed from Frost’s influence, Iceman begins experimenting with his powers along these lines, retaining a modified form of that spikier appearance.

It would seem that Iceman had now achieved the absolute potential Xavier desires for all of his students. However, the writers found yet another way to undo the character’s self-mastery. Experimentation on Iceman has the effect of causing him to transform into a being of pure ice. (Before this, he merely clad himself in ice.) Once again, the character begins losing control of his power. After suffering a debilitating chest wound, he finds himself unable to revert to his human form (Uncanny X-Men #412–413, October–November 2002). Later (Uncanny X-Men #429, October 2003), he suffers further injuries and becomes permanently stuck in his ice form. And later still, in the “House of M” storyline, Iceman reverts to flesh, believing that he lost his powers for good. He of course later regains them with the help of Emma Frost, echoing the earlier possession storyline. [2]

Given this, it’s safe to assume that Iceman’s current mastery of his powers will prove only temporary. At some point, he will again lose control in some fashion or another, enabling a fresh approach to his character — and enabling another artist to find some interesting new way to draw him.

It should go without saying that the whole time his power’s been evolving, Iceman’s appearance has become increasingly hyper-muscular. Indeed, he exemplifies this transition, having begun the comic as a broadly shapeless being, then gradually honing both his power and body into an increasingly “chiseled” physique.

In the next (and final) part, I want to look at how these narratives have been applied to Professor X, who proves something of a special case when compared to his students.

[1] Incidentally, the character helping to thaw Iceman out, Rusty, was himself rescued by X-Factor after his own powers first manifested themselves in an uncontrollable fashion (in X-Factor #1). Now, having received some training from Cyclops and the others, he’s able to control his power and assist Iceman. Note also Skids’s comment in the third panel, regarding how she’s learned to better control her initially-uncontrollable power to generate force fields.

[2] Interestingly, these changes in physiology are sometimes prompted by the creative team’s own abilities. For instance, the artist John Byrne drew Uncanny X-Men from issue #108–143 (December 1977–March 1981). During that time, Iceman rarely appeared in the comic. At Byrne’s website, he explained why that was:

“Q: Except for the funeral scene in #138 , Iceman was the only original X-Man not to find his way back into the fold even as a guest. Was there any particular reason why Iceman was passed over?”

“JB: The simplest reason of all. As I discovered in my days working with him in The Champions, Iceman is surprisingly hard to draw. It was not until Hidden Years that I ‘found’ a version I was happy with.” 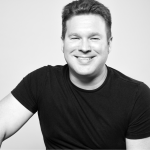