Will Eisner and the Ethics of Care

Remembering Will Eisner – and borrowing from Michael Chabon – Art Spiegelman said that the Jews have always been known as the People of the Book, but now they were also the People of the Comic Book. It is true there is something intrinsically Jewish in Will Eisner’s craft, his way of creating character and mood. There is a general inevitable feeling about almost everything he drew, a certain resignation, a very tongue-in-cheek humour, and a somehow pessimistic look on humanity. In an exercise of Jewish pragmatism Eisner used to say that he could not really draw nor write – his two dream professions – so he found a medium where he could turn two different disabilities into one ability. He applied that kind of view on every aspect of the comic book medium, from the genre to the form, mixing into it whatever he thought could work, pulling the barriers, and opening vast horizons to the emerging language. We quote Spiegelman again, when he says that the comic book medium is like Yiddish: a vulgar tongue, shamelessly borrowing elements from many different sources. But, like with Yiddish, from the vulgar crucible emerged long chains of gold, great traditions of poets who drank from this rich spring and updated its possibilities. Expanding the language with which stories are told allows the artist to create new depths inside of his characters, and new ways to insufflate life into them.

We have used many Jewish commonplaces to justify our point here, but we have to speak about yet another one: in every Will Eisner piece, from The Spirit to Last Day in Vietnam, there is a warm heart – perhaps a bitter, seasoned one, but always a kind of ambivalent faith in humanity. His characters were – are! – real mensch, people of integrity and honour, people with the qualities one would hope for in a friend or trusted colleague. Even in the darkest places his work goes into – A Contract with God, Life on Another Planet, The Super – there is always a sense of people trying, eventually, to do their best, struggling with a life they never chose. His graphic novels, especially the ones centred on Dropsie Avenue, have a potent Pío Baroja style: they are very close to his trilogy The Struggle for Life. In a way, he shows traces of Gnosticism: his characters live in a world God has forsaken, and now they have to learn to live without that paternal directive. And what can they do but care about one another?

Care is a very important word when we try to define his work.

His characters tend to be structured around a mishpucha, a family, not necessarily a biological one, but a net of close relationships that provide a solid ground for them to rise and fall, to seek independence and dreams, even impossible ones, because they always have a place to go back to. This is present even in the two farthest ends of his work: the noir campiness of The Spirit and the gritty realism of The Super.

Eisner never really liked the superhero genre, but he understood that this was where the money was, so he created a hard-boiled hero without powers – an inheritor of the noir genre – and put him in the centre of seven-page stories that ranged from the detective pulp to the political and social criticism. Remember the unforgettable story about Hitler where the dictator tried to be accepted in America. How did he make it similar to the hegemonic genre of the medium? He put a domino mask on his character’s face. Everything else was non-super heroic: the fedora, the blue three-piece suit, the attitude, etc. The Spirit was actually Denny Colt, an allegedly dead cop that takes advantage of the freedom that his condition of not officially existing gives him to impose justice. A lone hero? Perhaps, but there we have the mishpucha: there was something akin to a sidekick, his helper Ebony White; and his father figure, commissioner Dolan; we also had lovers galore, from Ellen Dolan, the commissioner’s daughter, to Sand Saref, the femme fatale archetype. All of them form a net in which the Spirit feels inside his comfort zone. He can live impossible adventures or fight the Octopus countless times, but he has a place where he can always go back to.

What can this have to do with The Super, a dark story about the anti-Semitic superintendent of 55 Dropsie Avenue, Mr. Scuggs, who is feared and mistrusted by those in the tenement, and who has disturbing paedophile tendencies? Obviously here we are talking about a deeper and more mature story than the little moral fables presented in The Spirit – and most of them were deep: remember the one about the man who could fly? Rosie, the young niece of one of the tenants, goes down to the super’s apartment and offers him a gaze at her panties for a nickel. After receiving the money, she poisons Scuggs’ dog and only companion, Hugo, and steals his money. He corners her in an alley, where the tenants spot him and call the police, accusing him of trying to molest a minor. Before the police can break into his apartment to arrest him, he shoots himself, embracing Hugo’s body.

Eisner gives some sort of place to go even to a character as unpleasant as him: his dog. The source of his desperation is not the serious accusation made by the kid, but the loss of his anchor in this world, Hugo, his sole mishpucha. Nothing else in this story is morally good – Rosie was taking advantage of Mr. Scuggs, and certainly he was not a good person either, but that single bound is sacred.

This is what Eisner teaches us: an ethic of the second person, of care, of trying not to be so mean with one another. In a world that tends to be so indifferent, where the Powers That Be step on the individual as the gargantuan, impassive foot of Godzilla, he tells us that the place we can rely is community. Look at what is, perhaps, one of his commonly overlooked masterpieces, Life on Another Planet, a book in which the world is so bleak that even the closest encounter between people – the physical act of love – is stained with thick underlying sadness. The implausible possibility of going to another planet seems to be the only way out of these broken lives: hope is placed outside. This perspective makes people even more selfish, and the book follows them downhill, in a journey full of self-loathing and maltreatment. That’s why the last page of the book, the last panel, is so full of hope: the existence of that other planet is dismissed by the NASA after a sabotage of the Space Probe sent to contact the aliens. After a while, Bludd finds another signal of intelligent life. The aliens trying to contact again, but he destroys every proof of it: mankind, when tuned on itself and not to some external salvation plan, may have some hope. The definitive Eisnerian project is to create a big mishpucha.

Will Eisner’s father, Shmuel “Samuel” Eisner, painted stage sets for Yiddish theatres. Imagine an old Yiddish theatre in the Bronx. It is not very difficult, but this theatre has some peculiarities: there is no colour in the room, everything looks dim with yellow light, and the edges of the objects are traced with brown ink. There is a man painting a tree. Look, near him, daydreaming, looking at the empty stage, a kid. He is dreaming of stories – fantastic stories, banal stories, sad stories, happy stories. Stories no longer than seven minutes, the number of pages an entire The Spirit story lasts. 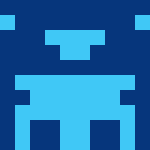