Will We Ever Get a Definitive Superman Film?

With a character that has 75 years of history there has been many graphical representations of Superman. From Grant Morrison’s description of a Circus strongman to the silver age kiss-curl to the mullet of the 90s to the high collars and attitude of now artists have given the comic version of the first ‘real’ super-hero their own artistic spin for decades. However, taking the core concepts of Superman through an artistic lens cinematically does not seem to have worked quite as well as it does on the page and this could be for a number of reasons.

Here is the most iconic superhero of all time bought to life from the comic page and yet every director who has ever tackled it seems to have got something wrong. Whether it was the miscasting and wrong take on Lex Luthor or Supermans special plastic wrapping for disposing of bad-guys at the end of Superman 2 or even Robert Vaughn’s computer based threat in Superman 3 the ‘classic’ films are good, but not great.  Even more recently Brian Singer’s fan-derided love letter to the iconography of Superman while looking pretty was a massive underwhelming mess as yet there has been no definitive Superman film that we can all agree on that is excellent but looking at it there could be reasons for this.

He was first of his kind.

Superman for all intents and purposes is the first superhero. He was the first in his genre the iconic role-model that every hero created ever since has had to live up too. Whether you are Spiderman, Batman or Wolverine it doesn’t matter you are not the original superhero and no matter what spin, origin or secret alter egos you have they are all spawned from the same mould using the same archetypes and traits. As the original hero he was also the one that essentially was a prototype – a character more human than human – a character who was designed to be the very best that a person could be and while he may well dress up as circus strongman the fact he stood for truth justice and the American way meant that whoever came after would always be a imitation.  But strip away the fact that the first but apart from that there was or is nothing that makes Superman stand out as a character there is now no uniqueness to him which leads onto the next reason – The Origin (Again).

Grant Morrison and Frank Quietly in All Star Superman did the origin story of Superman in 4 panels –essentially in less than a minute the whole concept was read, acknowledged and it was time to move on. Superman’s origin is modern myth they knew it and as writers also knew that we knew it and while it might be obligatory to say who he is and where he is from every single version of Superman has shown us this origin is some form or another.  However it seems films studios are reluctant to send a film out without an origin story – it failed with Green Lantern, failed with Captain America and failed with Wolverine, there is no assumption that people might not already know the origin or even (shock) picked up a comic or book beforehand and found out about the character. Tim Burton’s Batman didn’t need a intricate build up to tell us Batman was Batman and that worked beautifully, we do not need another interpretation of the origin of the world’s most iconic superhero we all know it and as such  do not need to sit through it again.

He is the most powerful character in comics (OK I know DBZ fans will argue for Goku and Marvel fans will say Thor) but he is also one of the most boring. He has no human flaws to begin with – he is as he should be a ‘Super’ Man. But with this power also a few problems, namely very little that can hurt him physically we all know he was bought up in a loving family and knows straight away wrong from right. He has no real weak or weakness in his physicality and he is well -  nice. He is a Superhero who always does the right thing, the stand-up guy and the one we can rely on. We are a cynical audience who like a little more depth to our characters and the do-gooder is maybe an aspect of his personality that doesn’t sit well with a general audience – we like our heroes to have an edge. That’s why in contrast Batman works so well, he has shade of grey to him, depth and personality he is not a one dimensions boy-scout but rather more ambiguous and hence can be related to or accepted as flawed.

With films you are not appeasing a specific comic book audience – an audience that can be defined and appeased though the medium of comic books, nostalgia and fantasy. Most (being quite generalized) comic book fans are male, in the teens, twenties or thirties and know what they want and as such DC can appease them for a few thousand dollars a month invested into the production of a comic. However, a film is millions if not tens of millions of dollars investment and has to have a more global appeal.

The most recent attempt  Man of Steel had been polished, designed and developed within an inch of its life, from Henry Cavells perfect six pack to the intricate nature of Kryptonian armour everything about this film had been over-analysed and worked on far too much making the entire experience feel like it had been though filters, focus groups and committee – creating a film that while fine was sanitised to the point of perfection and as such seemed to have all the joy and wonderment removed.

What we got was a perfect corporate Superman film but not a perfect film about Superman. The motions where there we expect but just not believable and all seemed a little forced – he did the shirt ripping revel, fly into space and look down at the earth ponderously – yes he did that too and he of course had heart to heart with his loving families both on earth and Krypton– again – it was like watching the cinematic equivalent of  a ‘past-it rock’ band doing the golden oldies for the fans then coming on with their greatest hit as a forced encore, it kept the majority happy but bought nothing new or fresh to the table

What we got was film we had essentially all seen before with the same element we have either read on the comics, saw in a cartoon, saw in a live action Saturday evening TV show or seen in five other films. Man of Steel was essentially a film by the heavily CGI-ed numbers, forced to repeat things we had all seen before, lost in its own need to show us all the Superman Iconography yet again, too wrapped up in its own style and mythology as to give us something new and just another franchise that ticked all the Hollywood blockbuster style over substance boxes.

But is this all we can ever ask for in a Superman film? Superman might just ever work as a character on screen –Synder is a good director, he made a valiant stab at Watchmen and while was berated for having them running rather than shambling gave a sterling zombie movie as one of his first ‘showcase’ films he knows comics, genre tropes and nods to the audience he is a fan and studio favourite but it seem that he along with other directors of note cannot get a handle on Superman.

It seems that unlike his Dark Knight counterpart, there will always will be a stumbling block with Superman big screen outings – Both Donner and Singers attempt at the man of steel are also flawed films for different reason (and I am not even going to mention Superman 4 )and it seems that the mythical ‘curse of Superman’ is not only something that affects the stars of the film (where are Dean Cain and Brandon Routh) but also the ability to translate him into film form

Superman as a non-character

In a comic we don’t generally care as much for the characters motivations, the script has to be in sentences rather than paragraphs and if he is hitting Brainiac or Darksied we don’t seem to care as much as long as the pictures are pretty – but this way of thinking doesn’t translate to film. We need to see him thinking, being motivated, conflicted and more of a character – a comic takes 10 minutes to read a film is two hours and he can’t be hitting things all the time (essentially he would become WWE) and realistically this could never happen a film budget would not allow a two hour action fest on a scale that a comic could produce.

In nearly 75 years old he has morphed from a building jumping Nazi smashing good guy to a Muhammad Ali punching, mullet wearing red/blue variant to a high collared 52 teen version of himself the actual character hasn’t changed – we all know that Superman at his core is the same character it’s just the veneer has been altered and that character essentially is a little thinly written.

We essentially know the story and eventual outcome

Superman as a piece of ephemera is just  too ingrained into our collective psyche to ever succeed  to everyone’s satisfaction as a film  As a collective we all know what it is he should be (the first and best superhero) but is that it? He needs to be more than a cape, costume and logo – he can’t be just that and it seems that every artist, director or film-maker recognised that fact and as such had to ‘add’ to the character via interpretation as to what they deem to also be important to an essentially thin character – what is this important element that makes us think ‘this is the essential Superman? ‘ As stated it could be the iconography of Superman in Singers version, it could be the search for humanity and romance of Donners films or a more militaristic gritty battle against insurmountable odds of Synders vision each of these are important factors but ask anyone what they think or know about Superman apart from the iconic ‘S’ and maybe he lives in Smallville and they would be hard pressed to tell you – but for the most part they don’t agree with a directors vision in some way

And that really is the problem there cannot be a film based on a character that is so iconic and is so well known by people but fundamentally is so thin character wise and not really known in-depth by the majority of the film going public that they don’t want other peoples interpretation of what they think Superman is. 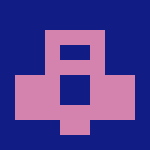