Continuity. The word alone strikes terror into the hearts of editors everywhere. When you disregard it, people will want it back. When you keep it, new readers complain it’s too much to ask of them. Within the two most revered and long lasting comic book universes, Marvel and DC, there have been many philosophies on how this complex editorial challenge must be handled. Over the years, the problems have stayed relatively consistent.

Technology: It can be an issue

The most obvious problems are direct contradictions within the universe. Over the long periods of time that these stories have been published, editors, artists and writers have often contradicted previous stories without explanation. Sometimes this has been done intentionally, like DC’s multiple Hawkman origins, in other cases it was accidental. Often, these changes are simply ignored and the better-known version of the setting, character or event is left intact without much to do. However, in certain cases the change is so drastic it cannot be ignored by the reader.

The other major problem faced in these universes is the passing of time. Bruce Wayne has been Batman for nearly 70 years, and has been written as a contemporary character for the entire run. That poses a bit of a challenge when trying to explain how one man could have experienced so much, and how these experiences remain intact when technology and other elements change.

Since these companies are dealing with inherently symbolic superheroes, it is important that in whatever changes are made, one keep the thematic and philosophical aspects intact. We wouldn’t want Captain Marvel (the Shazam! one) running around tearing terrorists in half, it doesn’t work for him. It is also as important to keep the essential details of a character intact. There have been dozens of retellings of Batman’s origin, but as long as certain points like the circumstances of his parent’s death and his reaction to it remain, these re-tellings are valid. Neither of these problems seem all that complex when looking at a single character, but the true problem lies in the universal structure. If something is an insignificant plot point for one character but it is somehow tied to another character and holds great importance, it becomes an essential for the prior character as well.

The simplest “solution” is to do nothing at all. On occasion, editors have decided to forgo a solution in favor of letting the writers choose to take the characters wherever they want. If they want to acknowledge something, they may; they also may ignore it. While this seems like a liberating policy, its inherent problems have made it quite the rarity in developed continuities. What is more common is a relaxed editorial stance, meaning that while the editors certainly do have directives and corrections for their writers, there is no comprehensive policy in the company. Group editors may have fairly consistent policies, but outside of those groups, relative chaos may ensue. A great example of this is Marvel’s beloved Wolverine. The character appears in numerous titles every month and it is nearly every month that one finds contradictions. Creating a timetable of events can often solve these problems, but even in the last few years there have been direct contradictions on the character’s whereabouts and activities. What is the most disturbing in this case is that many of these contradictions have appeared in direct reaction to universe wide events, which should serve to affirm the company’s commitment to continuity, not show its weakness.

Another quick fix is condensing the universal timeline. Since a year of issues could easily represent days, this seems like a logical move. Unfortunately, this is not the case. With multiple storylines that interact with each other at different junctures, you are essentially dealing with one massive narrative. This means, if it says that Batman was stuck in the mouth of a giant space moth for 6 months in Detective Comics, it implies that his appearance the same month in Batman must fall before or after that. Line that up with a couple of decades of progression and hundreds of other titles which are all in  the same big story, you begin to lose the integrity of characterization and even the impact of certain storylines. Marvel occasionally invokes a modified version of this technique in what I have heard referred to as “Time Loop”, this allows for all events to take place in the time period they were written, and sort of-kind of over that amount of time, but not really. And yes, that sentence was intentionally nonsense because the Time Loop itself makes very little sense. There were rumors that Neil Gaiman’s 1602 was intended to end with a final word on how that concept functions, but it was either changed or a fun internet rumor.

Nazi's are acceptable enemies in any time period

Another commonly used technique is a multiversal structure. All this really means is that contradictory events or narratives separate from the primary narrative literally take place in separate realities, but ones that are usually accessible to each other in someway. The most significant early appearance of this can be found in DC, where the early World War II associated versions of their heroes were eventually assigned to “Earth-2” where they could live out their continuity without interfering with their contemporary counterparts. This eventually led to many other earths, some literally added as characters were acquired by the company. Marvel also has a multiverse, but it is far less prominent within their stories and does little to help their readers or writers digest the vast collection of narratives.

More complex than this, but exponentially more useful is the so-called “re-launch”. First coming to prominence during Julius Swartz’ DC in the 60s, the re-launch essentially (or should I say hopefully) takes the important and well-liked aspects of a story, and gets rid of everything else. It also typically throws out any history that it does not re-tell within its pages. This can benefit the story as many of the confusing, unnecessary or even contradictory pieces of the narrative can be removed from continuity in one fell swoop. On the other hand, re-launches require that much of the universe itself be re-launched as well. The greatest drawback to this is the potential for fan backlash. One may find the fan base clamoring for the return of familiar elements sooner than later.

A prime example of a successful universe wide re -launch can be found in DC’s Crisis on Infinite Earths, where DC decided that the multiverse was not only too confusing, but was keeping the writers from fully integrating the acquired characters into their primary universe. Their solution was a revolutionary idea, an in-continuity re-launch which told the story of the destruction of the multiverse and the reconstitution of reality on one, new Earth. More importantly, it swerved much of the potential backlash by giving multiple versions of the characters a role in the new universal history. This was not only a huge hit amongst fans, but unintentionally set the stage for arguably the most complex universal continuity ever conceived.

In recent years, through a myriad of events, DC has actually re-established the multiverse. However, this multiverse does not only feature multiple Earths with different inhabitants, but acknowledges all previous Earths acknowledged in Crisis on Infinite Earths along with many new Earths conceived in the 80s, 90s and 2000s. Even though there is a prime Earth which contains what the reader can the “real” versions of their favorite heroes, anything they have ever read counts. Though it is impossible to confirm at this point, it appears that the New post- Flashpoint DCU will also be tapping into this structure to explain its own re-launch. The benefits of this structure are immeasurable, it allows for everyone’s favorite stories to potentially have an impact no matter how obscure they may be. It also allows for characters that have languished in obscurity to find their place.

It is for that reason that a focus on telling great, character driven stories must remain. If you hook someone on the characters, they can and will always go back to find out the whole story. Continuity is simply an acknowledgment of your own fan base, it shows respect for the integrity of the worlds they love so much. It is when continuity gets in the way of gaining new readers and continuing interesting stories that it has to be addressed. Continuity is a good thing, but like anything worth having, upkeep is necessary. Perhaps both companies will find near permanent solutions sometime in the future, but for now nothing has completely solved continuity’s problems. To save what we love, we must be willing to adapt. 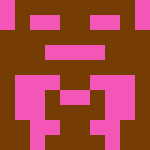 No information at present.