If They Be Worthy, They Shall Possess the Power of Thor!

“Whosever holds this hammer, if he be worthy, shall possess the power of…Thor”. These are the words inscribed on the hammer of the Mighty Thor; on the mythological hammer Mjolnir itself. Thor, though himself a character adopted from Norse mythology, was the brain child of the original dynamic duo of Marveldom: Stan the Man Lee and Jack “King” Kirby during the Silver Age of Comics (1956-1970), an age that I believe holds a bevy of untapped potential for scientific education. The branch of science I study is psychology and one of my favorite participants to conduct research on, amass data on, and analyze is the mighty son of omnipotent Odin himself; THE MIGHTY THOR! Throughout my reading of the Silver Age Thor, and his alter ego of Dr. Donald Blake, I have found that Thor could be the epitome of the idea behind the psychological principle of the “self-fulfilling prophecy”.

In psychology, a self-fulfilling prophecy is explained as fulfilling a role and carrying out actions due to the fact that a person believes that they are meant to do so. When researchers examine phenomena such as the self-fulfilling prophecy, it is typically in a negative context. For example, these negative contexts that are often examined in developmental psychology are such things as a child acting like a problem child due to the fact that they are repeatedly told, most commonly by a caregiver, that they are a problem. Another example would be how a child that is told he or she is liar, again most commonly by a caregiver, may conform to the beliefs held about them and become the liar their caregiver believed them to be, thusly fulfilling the prophecy held about them. Now, shifting gears back to the pages penned by Stan the Man and drawn by King Kirby, one need not the mystic eye of Doctor Strange to see just how Mighty Thor’s prophesy unfolds before the eyes of marveldom’s true believers.

A humble beginning is the best way to describe our introduction to the thunder god in Journey into Mystery #83 as we learn about Dr. Donald Blake, a doctor on vacation in the wilderness exploring with the help of his cane (not quite the beginning to a super epic one might imagine). As the tale unfolds, deep within a cavern, Dr. Donald Blake finds what appears to be an ancient walking stick and upon striking it upon the ground Dr. Donald Blake’s life changed forever.

Along with the power that accompanies becoming the god of thunder also comes a myriad of responsibilities; responsibilities not merely limited to one world or even one universe. Borrowing a line that Stan penned for another famous hero, Dr. Donald Blake learns “that with great power comes great responsibility”. When Thor reaches the hallowed gates of almighty Asgard, the kingdom of the gods where the almighty all father, omnipotent Odin resides, Odin informs Thor of: who he is, of the power he has, of the greatness that he has in him, that he is the prince of Asgard, son of Odin and rightful heir to the throne. From the very beginning, Thor is led to believe in his greatness, having no way of actually knowing he will succeed, merely taking the ideas of others, their “prophecy” of him, on faith. Throughout the Silver Age pages of Journey into Mystery and The Mighty Thor, Stan and Jack take us not only on a journey of action and adventure, but on a journey of discovery and identity; a journey that on some level all readers can identify with. The search for one’s identity is a journey that all beings, from humans to Asgardians, must embark on during the course of their life and on the pages of The Mighty Thor #158 that journey begins to unfold before the eyes of the reader.

“Now, at last, I can pause…to ponder the paradox of my life! If I am truly Thor…Then who is the real Donald Blake? (The Mighty Thor #158, pg.3) Within the pages of this issue lies the retelling of Thor’s origin as originally told in Journey Into Mystery #83, back to the beginning, back to Thor’s birthday as it were. Dr. Donald Blake is caught in a reverie, searching his past to understand who he is, to understand the man that he has become. Just as you or I may search through our attics or photo albums to rediscover who we once were to understand who we are, Thor is no different.   Now, applying logic to the situation, for a prophecy to be valid it would actually have to come to fruition, at least the majority of it anyway. The self-fulfilling prophecy that Thor finds himself engulfed in, though a positive prophecy as the prophecy foretells of him ascending to greatness equal to the height of the golden spires of almighty Asgard itself, is still one that weighs heavily on the Mighty Thor.

In Journey into Mystery #114 Thor finds himself facing the menace of the absorbing man, a villain created by none other than Thor’s own brother; Loki. Loki, god of mischief, is certainly a being that embodies his title though I am sure that Thor may have had a few other names for his brother that we need not mention. Whilst battling the absorbing man, a foe capable of assimilating the power and constitution of anything near him, even absorbing Thor’s own mighty hammer Mjolnir, Thor is summoned back to Asgard. Whilst there, Thor learns that the battle with the absorbing man was a mere diversion, as Loki’s true goal was to capture Thor’s love; Jane Foster. It is at this moment that the burden of Thor’s prophecy can be seen to the reader and we can begin to understand that greatness is not so much a gift as it a burden that only the strong can truly bear. “What must be done now, must be done by me alone! Though he [Loki] knows I approach… Though he summon every evil spell at his command… I shall rescue my love! Else I am not worthy to call myself son of Odin, god of thunder, immortal of Asgard!” (Journey Into Mystery #114, pg.16)

Great strength lies locked away deep inside each and every one of us; locked away deep within the caves of our hearts. On the exterior, we may feel as feeble as a doctor walking with a cane, relying on the cane’s strength to hold us up and give us the strength to take our next step. However, each and every one of use holds within them the power to make a change; the power to transform into something completely different from once we once were. Inside each and every one of us is the ability to be truly Mighty! It is through the wielding of that might that change can occur in the world and it is through that change, through that transformation, that hope for progress truly lies. 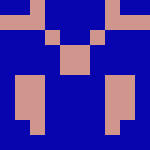 Jeff Viaud graduated from Monmouth University in West Long Branch, NJ in January 2013 with his Bachelor of the Arts in Psychology degree. Whilst at Monmouth, Jeff conducted research in the Relationships Science Laboratory, under the direction of Dr. Gary Lewandowski at Monmouth, studying the phenomena known as the Mere Ownership effect. Jeff has presented his research at both the Monmouth University Research Conference and at The Eastern Psychological Association Conferences held in Pittsburgh in March 2012 and in New York City in March 2013. Jeff is currently attending the University of Memphis en route to achieving his Master of Science in General Psychology degree and conducting research under the direction of Dr. Stephanie Huette at Memphis, investigating the effects of cognitive saliency and verbal negation on eye fixations.