I must say Battleaxe is hot! Well, so is She-Dragon. Savage Dragon has been through many adventures and I can see how he has a hard time keeping them straight.

The story in Savage Dragon #131 was quite compelling as She-Dragon relates on how hard it was for her to get out of Dimension X with Angel. I had a good laugh after hearing Bludgeon talk of his might and how puny weapons can’t harm him (shades of the Hulk). Then Solar Man shows up and Bludgeon is down by a technical knockout.

Savage Dragon is going through some hideous times, as the news delivers what sounds like conspiracy theories that show a negative light on the big green guy. Especially when the news says that Savage Dragon struggled with Universo, but Solar Man delivered. Solar Man is made out to be the big hero and Savage Dragon is becoming the has-been.

Enjoyed the action with the Dragon guy from Darkworld and his lover Battleaxe going up against our heroes. If Savage Dragon has enough on his mind, he is reminded by the Darkworld doppelganger that he destroyed two worlds. I love how the Darkworld guy comes up with his metaphors, the drunk driving metaphor was hilarious. Great story all in all! I also enjoyed ‘Wish you were Here’ storyline that emphasizes leaving Star behind, was sort of a sad story, but it was a good added bonus. 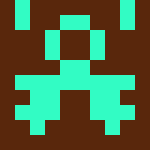