It’s been said that you can never go back and that yesterday is just a dream. But with the recent publication of Valiant Entertainment’s new hardcover, Harbinger: The Beginning, it’s clear that yesterday is coming back in a big, big way. This is the first publication from Valiant Entertainment, the company that bought the rights to the old Valiant characters, including, obviously, Harbinger. This marks the first hardcover collection of these particular comics, and the first time that these 8 issues have been collected as a whole at all. I am a longtime Valiant fan and was beyond excited to know that my favorite stories and characters would be coming back, in one way or another. Being a fan, that means that I’ve read this story arc before, in fact countless times. But like a DVD of your favorite classic movie, there are bonus features that make this collection more than an average reprint. First, the entire story has been digitally re-colored. Secondly, and most importantly, there is an 8-page bonus story written by the original Valiant creator, and all around comics legend, Jim Shooter. It is the origin of one of Valiant’s greatest characters, and it features the first appearance of a brand new Valiant character. All in all it’s a great time to be a Valiant fan, and I couldn’t wait to get this new hardcover in my eager little hands. Let’s take a look at how it measures up, shall we?

The Packaging
H:TB is a beautiful hardcover package. Coming in at about 200 pages, it is a great buy for $25 (and you can get it cheaper online). There is a slick looking dust jacket with a brand new illustration of the characters on the front cover (drawn by Bob Hall). The back has some industry quotes, a synopsis and a list of what is included in the book. The inside front flap has another synopsis and the inside back flap has the biographies of the creators. The front cover of the book itself is solid black with the title treatment in red. The back cover is black with the new Valiant logo in the middle. Inside, the end papers are solid red and go very well with the black covers. The book is broken up into two sections: Harbinger #0 – #7, and then the new “Origin of Harada” story written by Jim Shooter (yes!) and illustrated by Bob Hall. Bridging these twos sections is a reprint of the six mini-page story of Harada that was originally presented on small cards in the first six issues of the original Harbinger comic. They are presented here colored for the first time. There is also a cover gallery of the original issues that are reprinted in this book.

All in all it is a very beautifully done hardcover that looks and feels solid. The paper quality is very good and the binding it tight.

The Story
What can we say that hasn’t already been said about Harbinger? It’s still terrific. Issues #0 – #7 are still the same wonderful comics that have been read before so we won’t go into too much detail about the specifics (except for issue #0, which we’ll get to in a moment). It was great to see these characters, along with Solar, in a hardcover collection. The major death that occurs in these early issues still has a strong effect on me, and really solidifies this book as a classic meant to be read and reread for years.

I have to admit that I was never a huge fan of the zero issue of Harbinger. I felt that it took away a lot of the mystery that made me fall in love with the title in the first place. I always felt that Pete and Kris’s relationship was slightly diminished after reading the zero issue, and that some of the questions we had after reading the first few issues should only remain answered in our minds. Besides, there are little things that bug me like having Harada and Pete know each other in issue zero even though Harada basically introduces himself to Pete in issue #2.

And now for the REAL reason why I was so excited to get this book – the NEW story, “The Origin of Harada”, written by the Stan Lee of Valiant, Jim Shooter. My only complaint about it is that it was too damned short! I want more, and I hope that we get it soon. The story revolves around Harada (naturally) and we are introduced to two characters that have very close ties to him. We are treated to an origin of sorts, and anyone who is familiar with Harbinger in general and Harada specifically will have LOTS of questions after reading this, but the good kind of questions. The art, by Bob Hall, was clean and classically Valiant, meaning that there are actually panels that flow seamlessly from one to another in a completely logical way! The colors were beautiful and Shooter still knows how to craft an interesting tale, even one that is only 8 pages long. The story takes place during issue #7 of the original series, and I wonder that if and when there are brand new Valiant stories published (and not just reprints) they will take place during the same time period (in the early 1990s). I must say that it was incredibly satisfying to read a legitimately new Valiant story written by the man that created much of this wonderful comics universe (I sort of felt that way when reading Unity 2000, but looking back it seems that Shooter’s heart really wasn’t into it. Besides, that was during the Acclaim years, so I don’t count it too much, which makes this new story purely Valiant).

This new story, hopefully one of a great many more from Valiant, gets a solid 10 out of 10.

The Digital Re-coloring
The best way that I can describe the new digital coloring of H:TB is this — imagine your best friend that you’ve know for years suddenly shows up with a brand new haircut. Not a bad haircut, but definitely different than what you are used to. Once it grows in a little, sure, it will be a good haircut, but right now it’s still in that transition phase. Basically the coloring job is actually fine and, overall, looks pretty good, but there are still some things that just seem a little off. Not that they’re wrong, but just…different. The book, as a whole, seems darker than the original comics. The coloring has a slick, polished effect on the art, but there are some cases where tiny details that were once easily seen are now buried under too much digital manipulation (for example, when Sting is attacked by the eggbreakers in issue #4 and is being stuck with psychic javelins. Maybe it’s just me but I felt the new version was too dark and blotchy at points). One of the things I noticed is that, throughout the book, certain colors have been switched or replaced from the old comics. For example, in the original books a car might have been green, but in the new book it is now red. Or a room, once blue, is now yellow. People might be wearing clothes that are totally different in color form the original books. Little things like that. Are those important? Absolutely not. It’s just noticeable to the geeks that are very used to the old comic (myself included). One change that stood out is on page 49 of the new hardcover (for those playing along at home). It’s the splash page from Harbinger #2, when the kids carry a wounded Kris into the emergency room. They are coming in from the rain and trailing small puddles behind them wherever they walk. In the original comic we see steam coming off Flamingo’s body (the group’s “human torch”), but in the remastered version the steam was left out. I always thought it was a very cool gesture that subtly illustrated Flamingo’s powers and how they would be perceived in the “real world”.

Another tiny thing that I noticed that was not necessarily bad, but certainly different, was the way water is handled. There is a scene where the team is fighting the bad guys in a shallow pool of water. The remastered version has what looks to be computer generated water to make it look real, almost as if someone took a photograph of water and used that in the comic. I don’t feel that the effect was entirely successful. I thought the original look of water in the comics was easier on the eyes.

There are some pages that didn’t reproduce very well, most notably some pages closer to the end of the book. The black lines around characters don’t look heavy enough and the pages have a sketchy look to them. But there are only a few pages like that. For the most part the rest of the book is reproduced very nicely. Looking at the credits I noticed that the coloring process was handled by a few different people, in some cases in the same issue. Could that be why some parts of the book look different than others? Who knows?

There are some things that I thought were done very well, and actually added to my enjoyment of the book. Glass and plastic look fantastic in this new version. Faith’s goggles, Rexo’s face shield, car windows, etc., all of these have a great reflective quality that came out very well. Other things that I liked were the clean look of the book, as well as how some of the coloring really did look absolutely wonderful (like skies and fire).

Let me make this clear, the changes that were made (whether we’re talking about changing colors, adding effects or whatever) absolutely in no way detract from the story. If you’ve never read Harbinger before and are picking up this hardcover for the first time then these changes won’t mean a thing to you. It is still the same great story that it ever was, and any criticism I have about the changes are just coming from the fanboy part of me, but they do not make me enjoy this hardcover any less. I was, and still am, thrilled to have this book in my hands.

My verdict on the coloring? I don’t think they hit the ball out of the park, but they still did a very nice job with the material. And considering this is the first book to see this treatment I have to say that I am very much looking forward to seeing how other books in this line will turn out. I have a feeling that each one will be better than the next. Personally I preferred the original coloring. I thought it had a more organic feel to it, but the new version looks really pretty, shiny and new.

Overall I give Harbinger: The Beginning a9 out of 10. The mere fact that a whole new generation of readers can now experience these great comics is cause enough for celebration, but what makes it even better is how much respect and care Valiant Entertainment and those associated with it feels for these comics.

Harbinger: The Beginning represents the rebirth of a much loved comics franchise, and is a must-read for any true comics fan. 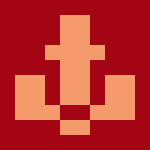 Stephen Pakula lives in the Bronx.