The Story of Atlas/Seaboard Comics

The roots of the company now known as Atlas/Seaboard Comics can be seen as far back the summer of 1968. That was when Marvel Comics founder Martin Goodman sold Marvel to a company called Cadence Inc. Goodman stayed on as Publisher until he chose to retire in 1972.

The summer of 1974 brought a big surprise to the comic industry. Goodman had founded Seaboard Periodicals to handle a new offshoot line of his magazine publishing business. What got the attention of the comics industry was that soon after Seaboard’s public launch, they began producing a line of mainstream comics under the name Atlas Comics. This was an obvious marketing ploy by Goodman, as Atlas Comics was the name of a company he was involved with in the 1950s and 60s before they switched formats to superhero material and changed their name to, you guessed it, Marvel Comics! (Note: prior to Atlas, Marvel was known as Timely from the 1920s-1950s.)

Name wasn’t the only thing that the new Atlas Comics had in common with the history of Marvel. The management at Atlas Comics quickly began wooing the star talents of Marvel and DC Comics away from those established companies by offering better pay, more creative control, and copyright ownership of any original characters they created. These were considered dirty tactics by those bigger comic publishers. If the Marvel and DC Comics teams of the time grudgingly accepted and respected each other, they also loathed Goodman and the new Atlas Comics.

In an effort to repeat the success of Marvel, many of the characters were open rip-offs of popular Marvel characters, and the company was in fact managed as a clone to Goodman’s management of Marvel when he had owned the company. Wanting to build an identical bankable company like the one he used to own, Goodman went as far as to hire Larry Lieber as head Editor and Manager, brother of Marvel’s Editor-in-Chief Stan Lee!

Martin’s son Chip had been the Editorial Director at Marvel for a short time when his father retired. After the senior Goodman retired, the new owners quickly canned Chip. When Seaboard was formed, Chip was made Editorial Manager of all of Seaboard’s publications.

In a short time, Atlas was able to coax away some of the top talent from DC and Marvel which included such legends as Neal Adams, Steve Ditko, Russ Heath, John Severin, Alex Toth, Wally Wood, Howard Chaykin, Rich Buckler, and many more. The management,editorial team and the creators churned out such notable series as:

THE BRUTE: A strength-based hero that mixed together the Incredible Hulk and the Beast, whose solo adventures were being featured by Marvel in “Amazing Adventures” at the time. The Brute even had blue skin and fur, a transformation that the Beast had undergone at Marvel just two years before.

THE COUGAR: A Wolverine-type character without the adamantium claws.

FRIGHT: A surprisingly well done horror series that centered on a college student who transforms after he discovers his father is Count Dracula. The character is known as “The Son of Dracula”. This series was meant to compete with Marvel’s Tomb of Dracula anthology series.

THE SCORPION: A character by Howard Chaykin. He was an immortal adventurer who had battled evil throughout time. The series took place in the 20′s and 30′s as the hero battled Nazi’s. After two issues, Chaykin left due to creative control problems, and in issue #3 the entire character, secret identity and all was changed. He was still called the Scorpion, but now he was a modern-day crime fighter similar to Batman, but with a much more colorful costume.

Atlas churned out many other less successful series, but there is not enough time or space to cover them all here.

Despite the comics’ popularity, fans were still much more loyal to Marvel and DC. Trying to turn the tide, Goodman continued trying to get any talented people in comics to work for him instead of the “Big Two”. In a desperate attempt to cripple the larger companies, Goodman began to threaten every creator in the industry that he would blacklist them and never hire them to work for any company he was involved with unless they left Marvel and DC and worked for him.

This created animosity between Goodman and the professionals in the comic industry in general. An emotional pressure cooker was building up to critical mass between creators and Atlas comics, Marvel and Atlas Comics, DC and Atlas Comics, and in general there was a large legal war waiting to erupt.

Fortunately for everyone but the new Atlas Comics, there was no eruption necessary. Despite all of their efforts to build a new empire, Atlas could not outsell Marvel and DC’s established and well-loved characters. A mere six months after its launch, Seaboard shut down its Atlas Comics line due to dwindling sales.

Around the same time, Seaboard had acquired adult magazine “Swank” which Martin and Chip Goodman decided to focus their future attentions on.

Although Atlas/Seaboard comics may now be seen as a funny footnote in the history of the comics industry, they were actually ground-breaking pioneers when it came to comic creator’s rights and character ownership. The comics themselves are fun to collect, and the stories are interesting. Despite the fact that they are mostly blatant rip offs, they are still enjoyable and have since inspired many characters that would later appear in Marvel Comics.

With the short span of the company, it is quite possible that a collector could get every single issue and own the entire library. Back issues can be had for relatively cheap too, so I would recommend looking for them the next time you are looking for classic back issues for your collection. 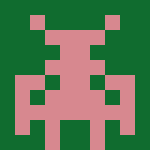