The first Chris Claremont comic I ever read was X-Men (Vol. 2) #1, published in October 1991. I couldn’t have been any older than 12 at the time, and I didn’t have a clue what was happening. I had a vague sense of who Wolverine was, but beyond that, I couldn’t tell a Bobby Drake from a Hank McCoy. There was so much history in just that one book. And I wanted to discover it all.

So in spite of the awkward and bewildering first issue of Sovereign Seven, it’s because of X-Men #1 that I’m curious enough to continue. I had questions in ’91 (Where the heck was Genosha? How long had Professor X been away? If Magneto had worked with the X-Men before, why was he so antagonistic towards them now?). Confusion is nothing new as far as Claremont is concerned.

The issue starts out with the Sovereigns repairing the damage done to Crossroads Inn during their battle last issue with the Female Furies. Claremont and Turner do their best to get each of the Seven into the first few pages Â– with the spotlight on Cruiser’s telekinetic powers, which he uses to clear rubble and catch a falling pillar from squashing an innocent bystander. Plus, Network makes a new friend: Conal Savoy, a waiter at the Crossroads cafe.

Otherwise, the first few pages are pretty innocuous stuff. Until the bottom of page six, when we hear a voice from beside the fire place.

Though he remains safely behind that large, plush chair, there’s not much doubt we’ve got a Wolverine sighting in the DC Universe. Hairy arms? Check. Cowboy hat? Check. Drinks and smokes? Check and check. Correct claw-popping sound effect? We have a match.

Not to be upstaged by an X-Men cameo, Reflex gets attacked while retrieving some chairs from a storage room on the second floor. (The whole issue goes by without an answer as to who attacked him or how he became covered in blood that wasn’t his own.) Cascade teleports ahead to the room upstairs and slips down a long flight of stone stairs behind a closet within the room, shattering her wings and knocking herself out. Indigo, who shows off some sneaky-quick ninja skills, takes charge and leads a group down the stone stairs to investigate. (Side note: While the gender of everyone else so far is clear, Indigo’s is still up in the air. None of the other characters have referred to him/her with a third-person personal pronoun, and Indigo has yet to give any indication on his/her own. Another mystery, eh?) Rampart and Cruiser stay behind, with Cruiser providing a TK (telekinetic) link to pull the team out should anything go wrong.

Meanwhile, a mysterious figure with a pretty wicked goatee approaches the limp form of Cascade, recites a little limerick, and sort of steals the woman’s spirit from her body. Philosophy buffs take note – Claremont is not a monist.

When the Sovereigns reach the bottom, they find Cascade’s lifeless body…and a bit more. The interior of the Crossroads Inn seems to be a bit larger than originally assumed.

Before we proceed, some observations about the town of Crossroads are in order. First, we’re still not sure just where it’s located, though it figures to be somewhere in the northeastern U.S. by the look of the area. Second, just what exactly is Crossroads? In the last issue, we saw Darkseid imply that he’d been there before and that he knows the proprietors of Crossroads Inn, Pansy Smith and Violet Jones, who we shall now introduce.

Pansy and Violet are, in fact, real people…sort of. According to Wikipedia, they’re the fictional alter-egos of Emma Bull and Lorraine Garland, who, among other things, play in a folk band called the Flash Girls. In addition, Miss Bull is the author behind the sci-fi/fantasy novels Bone Dance and War of the Oaks, and Miss Garland is a full-time musician and one-time personal assistant to Neil Gaiman. Because of their connections, both Gaiman and Alan Moore have written songs for the Flash Girls, who released their last album in 2001. While there’s no mention of their band (so far), all that we know of the Pansy and Violet of this reality is that they own Crossroads Inn, and they like to argue about how the world is going to end. Bang vs. Whimper. Fire vs. Ice. That sort of thing.

To top it off, Pansy wasn’t even aware of the passageway behind the linen closet, though she doesn’t seem too surprised at the discovery. Crossroads Inn holds plenty of secrets, and so do its owners. But because we only have 32 pages, this particular mystery will have to wait.

It’s interesting to note how Network describes her psychic connection to Cascade. There’s a deep bond between these two that has yet to be explored. It’s just another one of those Claremontian danglers to file away for future reference, as we’re jerked back into the plot of the issue.

The Sovereigns find Cascade’s body at the bottom of the stairs, and while the rest of the gang assumes she’s dead, Network is convinced she’s still got some life left in her. During the back and forth between teammates, Finale gets lost for a page or two before we discover her curled up in a ball at the foot of the stairs. For some reason, the river running through the underground cavern has her completely wigged out. Only Indigo seems to know why, but s(he)’s not about to say.

As the Sovereigns explore a bit and find a gigantic pair of doors in the cavern, they’re suddenly set upon by three warriors: Zelus, Bia, and Kratos, who are the living personifications of zeal, force and might, respectively. In the midst of the battle, a fourth warrior appears: the all-new, all-different Cascade, embodying victory.

Also, she’s named after a shoe. Or more accurately, named after a shoe named after a Greek warrior. Whatever the case, she fights in a swimsuit and one very large boot. In addition to penciling Wolverine, Dwayne Turner has also worked on early issues of Stormwatch, so I guess we can thank the ever-inspirational Jim Lee for this particular getup.

After new-Cascade throws Finale down a cavernous crack in the ground and kicks the crap out of Network and Indigo, she turns to Rampart, who’s protecting old-Cascade’s body beneath one of his rampart shields. Finding she can’t breach the shield, new-Cascade just picks them up, shield and all, and throws them at the monster-sized doors from a few pages back.

Cut to elsewhere, where we find Maitresse (and a newly resurrected Morgrin, who totally got his face melted off last ish) reacting to someone knocking something really hard on her palace door. Could it be, say, two people enclosed in a biological force field? DUN, DUN, DUH!

By the last page of the issue, here is what we know so far.

OK. By this point, we’re in it hip deep with nary a way out. After a jam-packed first issue, Claremont gives us a good 19 pages before this issue’s action scenes, allowing his characters to breathe a bit before they battle it out. We have time to see more of each character’s powers and personalities (even though Reflex has yet to show us anything other than he’s real big and accident prone). In addition, Pansy and Violet are intriguing supporting characters, though most of that comes from Wikipedia rather than from the pages of S7 thus far. And Claremont has set up plenty more mysteries and Easter eggs for future issues to deal with.

So far, I’m trying my best to reserve judgment until after a few issues, but things are a little shaky story-wise at this point. Claremont has a lot of balls in the air after only two issues. And mixed metaphors aside, let’s hope that he hasn’t bitten off more than he can chew.

Next Issue: Cruiser gets hungry again, Network goes all bad-ass, and Finale falls down a pit for nine whole pages! 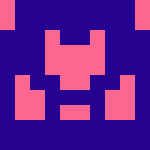