How I Stopped Worrying and Learned to Love the Con)

Manchester is an odd place at 9:00am on a Saturday. At a time when most people are doing something sensible or worthwhile (like sleeping), I made my trek to the G-Mex Centre throughout the large yet so-quiet-it-resembles-’28-Days-Later’ metropolis. With my only experience of a Nerd-con being the Birmingham Memorabilia show, I was surprised how quiet the G-Mex Centre was. I’d treated this thing like an event, whereas the atmosphere seemed to be more like “Screw it. I’m not doing anything else. I’ll go to this thing.”

Bruce “I’m most famous for ‘Mad Max II’, but I’m also famous for making small appearance in ‘Lord of the Rings: Return of the King’, ‘The Matrix Revolutions’ and ‘Revenge of the Sith’, but I had so much make-up on you couldn’t tell it was me unless you went to IMDB” Spence must appear every Saturday at Manchester. Speaking of which:

He’s a tall bugger, but from the angle the photograph was taken, he appears to be a soddingly tall bugger. Smart move there, Spence!

Outside the G-Mex, there are two security guards probably wondering what the hell they’re there for, except to take photos of groups who hadn’t thought that far ahead. Inside the G-Mex, it’s still quiet (too quiet) apart from the A-Team van, which somehow fit though the doors. I like to think that Hannibal, Mr. T… and the others built it piece by piece from spare parts they found inside the G-Mex’s shed. It was at this point I realised I needed sleep. Actually, lack of sleep can be helpful dealing with these conventions. The brightness, the celebrities, the hairy people advertising music by Steaming Wolf Penis all seem so dream-like that my shirt just blends in.

The tiredness also adds to cynicism, which adds to the deterrent to not buy useless tat. As the day progresses, Life-size replicas of Freddy Kruger and Pop Art prints of ‘Babylon 5′ slowly seem like worthwhile investments. And so my attention is focused on the stars of the show, as this article transitions nicely into the part known only as ‘Making Bored Comic Stars Shill Sequart’:

Yes, that is John “I’m proud of Hitman and will show you completed sketches of the upcoming Hitman and JLA crossover if you don’t mention Dicks (This will sound odd and possibly even humorous if you don’t know what I’m talking about.)” McCrea shilling Sequart. Having previously met McCrea at my other Nerd-con, I had the confidence to treat him like my lap-dog. Now would be the point I would make an Infinity Gauntlet reference so good, fan-boys would go “wow lol”. But I’m writing about a Nerd-con for a comics website; I’ve got to try to keep some of my dignity. I can’t rely on my Che shirt forever. Anyway, McCrea was willing enough to sign my TPB of Hitman – Ace of Killers, shake my hand and pose for the above photo twice (The other photo turned the Sequart card into a white blur; this one’s not much better. Taking photos of a white card with a flash isn’t cool.), all for free. Yes, on a day when Andrew “I was building a steady reputation until I incurred the wrath of film buffs when I demanded to appear in those god-awful remakes of the ‘Texas Chain Saw Massacre’” Bryniarski was charging £15 for autographs, McCrea was nice enough to do the job for nowt, only charging for sketches. It should be mentioned that Bruce Spence was charging £15 for autographs too, but he’s Bruce Spence. Anyway, McCrea was a tad miffed at having zero signs indicating who he was (which was true, I walked past his place twice without knowing he was there) which was his complaint at Memorabilia too (it wasn’t advertised that he was going to be there). So if you’re ever at a Nerd-con, always make sure that you haven’t missed John McCrea. He’s bound to be there.

McCrea wasn’t the only helpful bugger there. Leah Moore, John Reppion and Shane Oakley all grouped together for what was going to be the most shill-tastic shoot since Anthea Turner’s wedding. Didn’t get that reference? Then do yourself a favour and take a look here

and tell me this guy doesn’t deserve a couch or a nice Spanish woman to sit on all day. I couldn’t bring myself to ask him to shill Sequart, it just wasn’t right. It would’ve been great for the site I admit, but I got that ‘oh shit, I’m making eye contact with a legend’ feeling in my gut, so I muttered “heycanitakeyourphotoforthesiteCLICKthanks” and strode nonchalantly away. Although McCrea’s a legend too, McCrea has drawn a T-Rex biting a guy’s arse, so he’s more approachable. Talbot probably hasn’t, and also has the power of having a long face. Just asking to take a photo made me feel bad. He’s probably got that look down to a tee if anybody’s coming his way wanting something to sign and he’s had enough. Right, let’s move onto something else.

In a moment that probably had Bizarro scratching his head whilst saying, “That’s odd”, Prentis “I was in ‘Space 1999′ and have got my end away a lot more than you ever will” Hancock started talking to me as I passed his table. He liked my shirt, asking me where I got it. I now realise I should have asked him where he got his dinner jacket getup from. Damn my ignorance in discussing clothes with cult 70s sci-fi icons. I admitted I wasn’t familiar with ‘Space 1999′, and handed him a Sequart card. Yeah, smooth move there. “Never heard of you, here’s my card” He put it into his top-pocket on his jacket. God knows why. The female guard / assistant / #345215 on Hancock’s long list also asked for a card. It was probably to make sure I wasn’t handing Hancock anything dodgy, but for all I know she’s reading this now. Hello nice lady!

After meeting and greeting all the comic heroes and celebrities, it was time to dispatch of the 200 Sequart cards that Mike Phillips had oh-so kindly sent me to flog to unsuspecting Con-Goers. I’d wanted to see people before getting ejected by security, or what resembled it anyway. People in green shirts don’t really scare you much into not handing out leaflets. The hardest part was finding people to give the cards to. To begin with, I gave only to those browsing through the various comic book stands. Then I started giving to those who had nice shirts. You’d be surprised how willing people are to receive things from complete strangers once they’ve been complemented. Then I started giving to those who had bad shirts too. Realizing I still had much cards to give out, I started giving out cards to anybody who came near me. This wasn’t as successful as people actually declined cards. Who the hell declines free things? Many people as it turns out. There’s nothing more embarrassing than being turned down by a guy wearing a Trivium shirt. He’s spent money on a crappy shirt for a crappy band, but he’s turning down a free bit of card? It was at this point I remembered normal people don’t come to these things very often.

Fortunately for me, I know what the opposite of a voyeur is, and was able to entice plenty of Star Wars fans into taking the cards in exchange for photo opportunities. The guy in the first photograph annoyed me, as I officially have more acne than a guy in a Star Wars cosplayer.

I had gone back and forth so many times around the con I was actually beginning to recognise people, which was a big hint. I’m bad at ending articles, so I’ll leave with two other observations:

Well I’m spent. Hopefully one of you people reading this will be able to use this as a guide to protect yourself and to not impulse buy life-size light sabres or Pinhead masks which look nothing like him. Remember: useless twaddle can be bought on eBay. Meeting and greeting some guy you only fleetingly remember from a film you didn’t like from years ago? 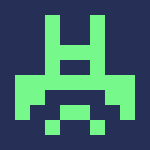