Greetings and Salutations! My name is Michael Blanton, and I’ll be bringing you reviews of books I think are solid investments each week. I’m more of a Johnny DC than a Marvel Zombie, but when they’re good, I’ll pick ‘em from any corner, including theIndies.

Now that brief introductions are out of the way, let’s get to some comics. As is posted on the blurb, SPOLERS ABOUND! I’ll try and keep it as vague as possible, but sometimes to defend my position, I’m going to have to give away a few things. I’m warning you know, so if you don’t want to know what any of the content in the books are, don’t read any further. But, to at least give you my picks, I will post a comprehensive list so that you may make spoiler free purchases.

To warn you, some of these will be long-ish, some of them will be short-ish. All of these books were my favorite of the week, but they were not ALL of my favorites. Just a few I felt like I could write about. Be sure and comment, lemme know how I can improve, how you like it, what you don’t like about it, and what your favorite monkey moment is.

After seeing last issue’s last page, I was kind of underwhelmed with the “mystery” cover. I understand why they don’t want a 25 foot tall Hawkgirl on the cover when it was just last week that her affliction was revealed. The main story did not in any way underwhelm me, though. 52 is one of those rare books that just seems to be getting better and better with every issue.

The brunt of this issue focuses on Donna Troy’s “Lost In Space” team. We learn the fates of Animal Man, Starfire and Adam Strange, and see the aftereffects of the Zeta Beam malfunction with Hawkgirl, Bumblebee, Firestorm, Cyborg, Herald, and Alan Scott. Speaking of our Golden Age GA, this is the first of three appearances of Mr. Scott. In what I like to call the “Eyepatch Saga,” this is seemingly the first time Alan Scott is on Earth with his not quite there eye.

Booster Gold, Steel and Montoya make appearances in this issue as well, but Steel is the only one with any impact in the main story for this week. Although relegated to a news broadcast only, Lex Luthor’s press conference should have some pretty major repercussions in future books, though.

The backstory still isn’t wowing me, though. I respect Jurgen’s storytelling and art, but I am so confused as to what is going on with that story, I feel think I’ll have to just wait for the conclusion of “The History of the DC Universe” and reserve my judgment for then.

While I am excited for Paul Dini’s return to chronicling the adventures of Batman, I wonder why oh why can’t James Robinson stay on longer. Hopefully, it’s because he’s getting ready to start up Starman again. Wistful thinking, I guess. Anyway, Robinson has got the tone, feel, and characterization that Batman has needed to make him a power player in the DCU again — instead of the paranoid, whiny, deus ex machina Batman that we had been seeing. If Grant Morrison and Paul Dini follow this tone in their respective books (Batman & Detective), we’re going to have a Batman for the ages.

The book starts off with a nice Scarecrow battle, followed by a very intense moment with Batman and Robin. Robinson has done SO much to make the Batman and Robin team up not only work again, but make it an integral part of the Batman legacy. For the longest time, Robin just didn’t work well with Batman for a while. Why would an insanely paranoid loner surround himself with small, brightly colored children? Now, it works. Batman respects Robin, and truly cares for him. Robin’s attitude, in light of recent events, has become a bit darker. And the contrast works well with him.

The Guardian’s granddaughter get’s Batman’s thumbs up, and Harvey Dent has apparently been framed by someone with access to police evidence. Batman has Commissioner Gordon convinced that Harvey may actually be innocent, only to see on the nightly news that Two-Face is back!

The Jason Bard backup stories have been spectacular, and this one is no different. Bard has been very well characterized, and you see more evidence in this installment of his story that he is exactly the right man for Batman to have hired to be his daytime eyes and ears. My greatest with is that Detective Comics will continue to carry on the backstory tradition after Robinson leaves.

In this issue, we see Jonah as a heartless bounty hunter, a conniving gunman, a caring a philosophical defender, and an observant judge (jury and executioner). It’s never forced, and Jonah’s presence is never overmuch. He’s there, but he’s part of the tapestry of the book, and not just the only POV character because it’s his name in the title.

The subject matter is disturbing and grittily realistic as always, and I don’t think Jonah, or myself for that matter, would have it any other way.

In the penultimate issue of the current JSA run, we see the second of the aforementioned Alan Scott “Eyepatch Saga” appearances for the week. In this book, you learn that Alan Scott’s daughter Jenny Lynn Hayden, aka Jade, left him a connection to her ghost, so that he can see the spirit world. The effect over his missing eye when he uses that power resembles the starburst pattern of Jade’s old costume was a neat one, but the floating head of Jade was a little creepy.

Nonetheless, this book has done much to give a purpose to the Gentleman Ghost, and has for the most part succeeded. While I am sorry to see the title go, this last arc that Paul Levitz has scribed felt more like a goodbye than anything else, and possibly a way to flesh out (no pun intended) the JSA rogue’s gallery for the upcoming series.

It’s a good, solid read for those purists looking to complete their JSA run, but it’s not a story you couldn’t wait for the trade on either.

To start off with, this is the third and final appearance of Alan Scott this week. In this characterization of him, it seems more like the eyepatch is talking. I’ve just never bought the whole hard-hearted Nick Fury-esque Alan Scott. Nonetheless, here he is.

We learn in the opening pages that the Jay Garrick speedster was actually just a clone, and that the cloning process used to create him hasn’t been perfected yet. Alan Scott almost forcibly takes the speedster’s clone back to Checkmate, presumably, after letting Nightwing and crew know that the Outsiders exist because Checkmate allows them to do so.

While Metamorpho and Thunder interrogate their prisoner, the focus cuts to Monsieur Mallah and the Brain, talking about the failure of their Jay Garrick clone. Ah HA! Now, if any of you have read Teen Titans #36, you know that the Brain has a new body. If you haven’t, well, know you know. There are some great moments between the Brain and Mallah. I really can’t wait to see how the Brotherhood of Evil functions in the future.

And then, one of the most interesting encounters of this Outsiders arc — Nightwing and Superman. For those who don’t know, Superman was the one who inspired Dick Grayson to become Nightwing, after Dick became disillusioned with Batman. Now, Superman is seeing one of his friends acting a bit out of character, and wants it to stop. And Nightwing threatens him. Not menacingly, not pompously, yet he threatens him nonetheless. And just when you think it is all bravado, you get the last panel.

This book is starting to go in a very interesting direction, and I think this is the first OYL Outsiders that really feels like part of the DCU.

Well, she’s back. And, she’s Donna Troy. I was sort of surprised, and I sort of wasn’t. Her rogue’s gallery is already being beefed up, with a new-ish Cheetah, a sexy Giganta, and a devilish Dr. Psycho taking her on — and this is only the first issue! To me, this is what a first issue should do. Start you off in somewhat familiar territory, then launch you off in an unexpected direction, only to bring you back with some familiarity.

Sit back and enjoy this one, folks.

I love cosmic characters. Thanos, Warlock, Quasar . . . they’re all good. When Annihilation came, I was excited. Out of the initial lineup, before the books came out, my favorite was Nova and my least favorite was Silver Surfer. Now I would say I feel the exact opposite of that.

I love Galactus’s heralds. All of them. But I thought Surfer was the corniest of them all. I mean, come on, a surfboard? But this book makes me see just how cool he really is. All of the heralds are coming together, and it looks like, with the Big Purple Guy’s endorsement, Surfer is leading the way.

There are some great moments when Surfer and Galactus talk, and the end result of that could have some major implications down the road. Bring on Annihlus!

Well, Civil War just keeps on surprising me. This book, a parallel min-series to the main Civil War book, is split up into three parts. In the first story, we see two reporters who are attached to the two main newspapers in Marvel’s NYC reporting on the Civil War, discussing the ramifications of the Civil War, and whose lives are being changed and touched by the Civil War. The Spider-Man spill-all was really neat, but the big reveal that happens in this first issue, first story, is that Tony Stark is an alcoholic. Oh, wait, we knew that already. Oh! He’s Iron Man! Well, we readers knew that, but geez, we were like the only ones. Pretty major stuff. So take that, main Civil War book!

In the second story, we learn that Speedball is the lone survivor of the New Warriors fiasco in New England, and, although he feels crummy about what happens, he’s still going to be held responsible. You kinda feel sorry for the guy, until you remember that his showboating got 600 kids killed. Then you are kinda cheering for the SHEILD agent that arrests him at the end of the story. This will be interesting to see how this progresses, because here you’re seeing a, for the most part, well intentioned hero who tried doing the right thing, but was caught way out of his league, and got not only his teammates, but innocent bystanders killed as well. I predict Speedball is going to have some major guilt issues.

In the last, very short story, we see the first in a series of parallel type stories that compare experiences from other major conflicts to the conflicts some main characters are having in Civil War. The first story is a poem from a War Relocation Camp in WW2. It’s very poignant and moving, and I’m excited to see how future stories will be done. 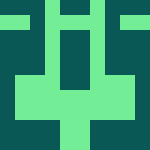