I’ve been checking around and am reasonably certain that Ms. Manners (oh how I love my Judith Martin) would advise me to start off this, my first article in this series, with some kind words about my predecessor. All well and good, Ms. Manners, but other than the title, I haven’t an idea who she is, was, what her writing was about, you name it. So please excuse me while I fulfill my duty to etiquette with complete and total bull.

I am proud to take the helm of this fine series and am sure my predecessor will be sorely missed. I only hope to live up to her fine standards.

On to the show, now, shall we?

Now, as to this title of this series: “Few and Far Between”. What’s all this now? Does it refer to a lack of large numbers of female comics readers? Writers? Positive Female Role Models in Comics?

Whichever. I reflected on this title for a bit until I realized that such speculations led far from my happy thought places. Well, except for the downright ludicrous thoughts my oft-times dirty mind kept intruding with, but you get the idea. I abandoned this course, and reached a conclusion.

It’s a title, and I’ll take the approach that you can make of it what you will. Take me and my writing on the same terms. Fair enough?

Since this is the “woman’s point of view” series, let’s just go on and examine these women’s issues right out the gate. It should give you, the reader, a pretty good idea where I stand and what to expect in future. All you air-brained men running for your lives at the moment, testicles clutched in terror, relax and keep reading. No one will hurt you, I promise.

I am a feminist. This is a word much misunderstood, but do not expect me to work out the snarls of semantics it drags around with it. Not my job, thank you Jesus.

Comics are what I’m asked to write about, comics are where we’ll keep this particular skirmish in the war of the sexes, right?

I will make a one time only series of comments on my broad views of women in comics. These will naturally be refined in the future as part of the actual writing process, but only here will you get a clay-tablet form of basic beliefs.

1) Feminazis (you know who you are and ain’t my sisters), shut up about “exploitation”. Accept the male mind. He who brought about the steam engine brought about mass-market porn. As for comic books, listen: as long as males have pen and paper, hell, if they have mud and a stick, those with the ability will draw women who look like Barbie after going through G. I. Joe boot camp and receiving superpowers from aliens (said powers stored, one would assume, in boobs and ass). Give up this fight. My actual sisters are being raped and killed for real out here in the world, so stop whining and start fighting for real. Start with me at your peril, by the way.

2) True, more women seem to work behind the scenes in comics. It is still a man’s world…but it wouldn’t be nothing ….without…a…woman or a girl….sorry. James Brown moment. Please ignore and move on.

Don’t just fold up your ideas and dreams and give up. It is only a matter of time before Stan Lee, Neal Gaiman, Grant Morrison, Alan Moore and so on find themselves with women writing stuff far afield from “Girly Crush Love” crap. But no worries, fellows.

The revolution will not be castrated.

3) I, personally, find plenty of “role models” in my favorite comics. First, Death of the Endless, who I’d switch teams for, if you catch my meaning.

In Tim Hunter’s world there is Molly (I call her on my side for a street fight), Gwen, Tim’s absent Mother, Marya, the flawed but powerful Titania, and we dare not leave out the lovely Zatanna (now in up to her neck in Seven Soldiers, but that’s beside the point for now) and many more. Personally, I kinda like Circe, even if I disagree with her basic philosophy.

The Invisibles have Boy, who literally kicks ass, Ragged Robin, a walking wet-dream disguising just how much power she has. Does Lord Fanny Count? I’ll vote an interim “yes”, though I think the transvestites will probably claim her. Add in Jolly Roger and her “Poison Pussies” and I’m feeling pretty proud to be on the ladies team.

I’d like to add one more woman warrior before I finish. She is originally found in the pages of Gaiman’s excellent novel “Neverwhere”, and can now be seen in the graphic novel format recently released. Her name is Hunter, and if Death would make me entertain thoughts of switching teams, well, Hunter would interrupt any entertainment and have me with the crook of a finger. Whoooo-eeee. What a lady.

I only hope she’s good with kids, being a single Mom and all, and so I can’t date just anyone — sorry again. Back to the wandering point.

Well, I think I have made my point, actually, haven’t I? At least, I certainly hope so, because this is it as far as me explaining to you where I stand on the big girl / boy issues. To learn any of the refinements in my philosophy, read the series and figure it out yourself.

Well, I have a few already to go, more or less, so no harm in letting you in on those. I will be examining, in two (or even three) installments what befalls all the Gods, Angels, Demons, Elementals, Superheroes, sundry “Immortals”, and the imprecisely named “Endless” when they die.

While I have certain quarrels with science (more on that later), one scientific principle I truly believe in is that of the true immortality of energy. Energy never dies, it simply shifts forms: light to heat to a firing synapse in a brain.

So, what then happens to the energy, massive in some of these examples? What did it transform into?

That’s one arc. Another article will be my personal goodbye to Spider Jerusalem and Transmetropolitan. Yes, it’s been left open as to whether he’ll be back; until he is, I will mourn. I will invite you to join me.

Finally, comics made into films. I have rented “Hellboy”, “League of Extraordinary Gentlemen” and the first “Superman”. I will return with my rapier-like wit ready to make…um, never mind, lost the testosterone thing I had going there. I’ll watch as many examples of this as I can find and report back my findings.

If you did enjoy it, go give your Mom a hug for me. 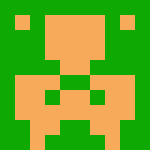