I’ve read comic books / graphic novels, whatever you want to call them, off and on through most of my young adult life. But I’ve never been to a comic book convention until this past June. Wizard World has been holding it’s bash in Philadelphia at the Convention Center for the past few years, but things always get in the way: work, college graduation, other unimportant things that I have to do.

I thought I was prepared for my new journey into geekdom. Boy was I ever wrong. First off, the size of the convention hall was intimidating. It was probably the size of a football field, if not bigger. Nothing but rows and rows of vendors, artists, signing booths, and hundreds of conventioneers, staff, and corporate shills. At first the experience was overwhelming. The free swag, the t-shirts, the action figures and comics for sale. Everything I ever wanted was under one roof. “Did I just see a man dressed in full Batman regalia?” Indeed I did. In all the places I’ve visited over the years, I finally felt like I belonged.

Nerds ahoy! (But I’m one of them, so I can say that.) If there were ever a subculture ripe for lampooning, it’s the sci-fi / comic / fantasy fans. It’s too easy. I saw a number of Stormtroopers, Jedi, Batman, Darth Vader, a chunky-style Spider-man, and a gorgeous, if somewhat skinny Elektra. Just because I like Catwoman doesn’t mean I have to dress like her. I’ve never understood why a perfectly reasonable person would dress up in a Spandex unitard, particularly if the person had a the typical middle age spread around the waist. If you aren’t’ in shape, you shouldn’t be allowed to wear that sort of outfit in public. That should be a law. Damn civil liberties and constitutional rights. I don’t want to see it.

Wizard World is about money. Attendees spending it and and the artists and vendors collecting it. And I spent a lot. An obscene amount. Everywhere I turned I found something I wanted. There is so much temptation. Busts, clothes, figures: it was a geek’s paradise. Where did it go? Fifty went to a Batman / Catwoman: Trail of a Gun storyboard by Ethan Van Sciver. It was originally 80 bucks,but since I told him I kept a caricature of me a a junior high soccer player with a huge head on my wall since the day I brought it home from the Burlington Center mall, he brought down the price. Another 25 went to a “Raiders of the Lost Ark” poster and a bad color copy of an “Empire Strikes Back” mini-poster. I bought some Star Wars prints from the guys over at Sketchtavern.com. Plus, I blew who knows how much money on action figures, t-shirts,and comic books. The best bargain from the con had to be the drawings of Spider Jerusalem and Yoda by the guys draw “Patrick the Wolf Boy.” They would draw anything for a dollar! It was the best deal on the floor. Plus, Art, Franco, and the some other men whose names I can’t remember are just fun to talk to.

My lesson learned from from my first visit to Wizard World: bring less money or a bigger bag. My backpack was filled with my various purchases plus all the free stuff from publishers, mostly Marvel and DC. I can’t resist free stuff. Posters, pins, bookmarks, comics, prints, etc. I’ve got enough posters to decorate a small apartment. Now I don’t have to go shopping to cover the bare white walls.

Fellow comic comrade and friend Kevin warned me about comic cons. He jokingly told me to be prepared to be followed around by by and or stared at by the nerdy boys. I don’t believe I was followed, but I did get a few stares. There were more girls there than I anticipated. By my estimate, there were maybe three girls for every 15 guys. I could be wrong. Estimations are just that, estimations.

The artists at the tables were very friendly, for the most part. Most of them were trying to sell their own books, artwork, or things related to said creations. The incredibly talented men and women were more than happy to chat about how they got started, and answered any questions my friends and I had for them. But they always got back to what they were selling. Which is expected: booths at these things aren’t cheap.

One of the highlights of the two days I attended was getting to meet Jeremy Bulloch. Sure, I paid for him to autograph my Boba Fett figure, but it was well worth it. He said the charge was to make up for the cost of the hotel, airfare, and other expenses. Bulloch shook my hand and I was awe struck by his soft spoken manner and, of course, the English accent. Kevin remarked I was probably the most normal person he spoke to all day. Seth Green walked by so fast I could barely tell it was him. I wish I could’ve stopped him and told him how funny “Robot Chicken” is, but I’ll bet he gets that all the time.

Now,this may sound a little odd,but I like nerdy guys. Perhaps I watched “Revenge of the Nerds” a few too many times when I was a kid. Louis Skolnick’s “Jocks only think about sports, nerds only think about sex.” They know much more interesting things than the “average” guy. What’s better than dissecting a good comic or science fiction?

I’m pretty shy when it comes to meeting the opposite sex. Turns out so are male comic book fans. However,there are different types of nerds. Comic nerds, movie nerds, music nerds, sci-fi / fantasy nerds, computer nerds, and a whole slew of other nerds. (As a matter of fact,the last guy I really liked was a software engineer who wanted Darth Tater for his 29th birthday.) Nerds are so much more intellectually stimulating than some oaf that throws a ball around.

I did have an ulterior motive when I decided to go to Wizard World. I brought my resume. I’d fetch coffee for Joe Quesada if it got me in the door at Marvel. Any company will do. Dark Horse, Kitchen Sink, I don’t care. I can’t draw, but I can write. I’ll take anything. Anything! I gave Mike from Sequart my resume, and look where I am now.

I came away from my first comic con with some great shirts, prints, books, insight, and even a free Spider-Man shot glass. (Special thanks to whomever made that mistake.) Wizard World was a smashing good time. Plus,I managed to somehow get a gig writing for this website. And I can’t wait to go back next year. 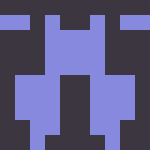