I decided to take a sabbatical over the summer months. Apologies to all who might have missed the monthly postings. The good news is that this sabbatical has allowed me the time to refocus what I’ve actually been trying to say besides, “This is what a graphic novel is.”

During my absence, I haven’t curbed my buying habits at all. I still purchase about two graphic novels a week along with my pulls, and each one still screams volumes about formatting choices, extra content, and print quality. This is why I’ve decided to start shifting focus towards reviews and industry trends along with my thoughts about the format of graphic novels. That will inevitably come up in the review, but mostly I’m going to be critiquing the layout, cover design, page quality, extra features, and so on about the works that I’ve chosen to write about. I’ll also cover whether or not this book is right for the novice, the fan, or the returning reader.

To reiterate, I’m still a tremendous fan of the graphic novel publishing trend that is becoming a driving force in the industry right now. I think that the smaller publishers and newcomers creating original graphic novels (OGNs) over issue by issue stories is a much better choice for getting their work out there. I also firmly believe that trade paperback (TPBs) collections of serial works by major publishers is the industry’s answer to DVD box sets of television shows by major networks and that this trend should reap the same benefits for them in the long run.

To start off, I’m going to touch on three works by independent publishers that came out during the months that I was on hiatus. Each of these falls into different formats for graphic novels and delivers on the standards that we’ve set down previously in this column for what makes a successful book.

The first, The Expendable One by Jason M. Burns and Bryan Baugh from Viper Comics, falls into the digest format of an OGN. The second, Five Fists of Science by Matt Fraction and Steven Sanders from Image Comics, falls into the standard OGN format. And the final selection is Hero Squared by Keith Giffen, J.M. DeMattteis and Joe Abraham which is the TPB of their acclaimed mini-series and the prologue one-shot for Boom Studios.

The Expendable One: Burns and Baugh bring us Twigs Dupree, an unkillable everyman who, after gaining his power to cheat death, decides to help where he can. Brought to life with winning dialogue and self-effacing narration by Burns and a fun, cartoony style from Baugh, the story follows Twigs as he not only recounts his origin but gets wrapped up in a government manhunt for a serial killing cult.

This story works exceedingly well in the digest format. The tongue-in-cheek horror and violence and art that seems slightly Bruce Timm-influenced translates into a read whose flaws might have shown up if told in regular OGN size.

The extras in the book include a back-up story by Burns and Nicc Balce, telling the origin story of the Agent Armstrong character, a sketch book with character descriptions, page sketches by Baugh, a pin-up gallery, and a bonus interview with an independent band known as Scary Kids Scaring Kids conducted by Burns. While the interview may seem superfluous, it does show off what must be Burns’ day job: a love of music and rock journalism. The bonus story about Agent Armstrong adds some depth to her character, and it was much-appreciated.

This book is a good introduction to the medium for a novice. The colors are bright and the balance of gore and animated action lets the story flow just fine throughout the piece. It’s a perfect intro book if your friends happen to be horror fans. Twigs is a very Bruce Campbell-esque character in looks and voice, and that makes for a protagonist that speaks to the horror audience well.

Five Fists of Science: Originally, this book was supposed to be published by AiT/Planet Lar back in April, but due to… whatever occurs during these negotiations, it was switched over to Image. The story follows Mark Twain and Nikola Tesla as they embark on a mad scheme to rake in millions in the weapons trade while also battling the “evil” Thomas Edison and the “nefarious” J.P. Morgan. The book is amazing, content wise and Matt Fraction is on his way to becoming a formidable writer in the field. Steve Sanders lends his capable and talented artistic style to the story. The best part is the sheer lunacy of the concept. It’s nothing new to use historical characters in a fantastic setting with some sci-fi elements, but it’s the execution that ties all of the elements together. With humor and action evenly balanced, Fraction and Sanders create one great comic.

While a little skimpy on the extras section, it’s the quality, not quantity, which works best here. The concept art section offers up a look at Sanders takes on the various players and allows a look into a soon-to-be amazing artist’s skill set. There’s an introduction that, while brief, highlights the spirit of the book laying ahead for the reader. Also, for the uneducated, a character guide of the historical figures is also included at the onset.

This book is perfect for someone who is a non-comic fan. There is very little standard super-hero clichéd story-telling here. It’s a fun, historical tale for fans of period pieces and old school adventure. Novices welcome.

Last, but never ever least, is Keith Giffen and J.M. DeMatteis’ Hero Squared from Boom! Studios. The story follows a super-hero by the name of Captain Valor who, upon having his Earth destroyed by his arch-nemesis, Caliginous, is shunted to our reality and comes face-to-face with his counterpart, Milo. Milo is far from brave or courageous and even has trouble just getting out of bed in the morning. This discovery and the subsequent need for Valor to move in with Milo causes some of the best sitcom moments in recent memory. To top it off, Caliginous has survived the destruction of their Earth and turns out to be Milo’s girlfriend’s counterpart. This is, hands down, one of the best books on the market, and anyone not reading it in monthly or trade form is missing out. This first collection is made up of the original one-shot and mini-series drawn by series artist Joe Abraham. Abraham lends a deft hand at drawing not only action sequences but comedy as well. The dialogue is littered with trademark banter by the two writers and is tempered with emotional moments that make the humor resonate twice as much.

This book is jam-packed with extras to make it truly worth the price of admission. Included herein, the reader will find an intro by comedy writer Dave Mandel, a cover gallery, sketch pages with introductions, script samples, a parody excerpt from a fictitious book about Giffen and DeMatteis by Amy Parsons, and last but not least, a collection of a special promotional ads by drawn by Giffen and different dialogue inserted in each one by DeMatteis depending on what publication they were to be placed in. This trade offers just enough extras to balance out the great content and make the whole purchase worthwhile.

Between the incredible writing by a fan-favorite duo of writers handling a truly great concept and coupled with a healthy load of extras, Hero Squared is a terrific buy for old-school super-hero fans. If you know anyone who has been waiting for a breath of fresh air to hit their collection right next to Invincible and Powers, Hero Squared would fit perfectly on any shelf.

Tagged Hero Squared, The Exepndable, The Five Fists of Science. Bookmark the permalink. 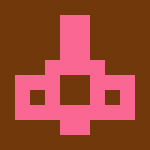