A “Reviews from the Hold Box” Extra!

Superman returns after a 5-year absence to find that those close to him have moved on in his absence. Can he integrate himself back into the world? Is there a place for him in Lois’ life? Can he stop Lex Luthor’s latest nefarious plan?

That seemed to be the consensus at last night’s advance showing. It was an enthusiastic crowd, and I don’t think I’ve been to a movie that received cheers and applause since the first X-Men film. Here’s my take on it.

The cast was near perfect. Brandon Routh sold the title role. Much has been made of his resemblance to Christopher Reeve, but he makes the role of Clark Kent his own. Less of a bumbler than Reeve’s Clark Kent, Brandon Routh delivers an effective dork/geek. He’s the nice guy with a goofy grin who seems clueless to some of his surroundings, the nerdy guy always on the peripherary of the cool kids’ conversations. Spacey’s Luthor is fun, but presents a menace that Hackman’s lacked. Bosworth’s Lois Lane, is a bit understated, but passable. I don’t think it is the fault of Bosworth as an actress, but perhaps a weakness in the script. This Lois Lane barely notices Clark instead of swooping him up and running him over with her manic energy like the Margot Kidder Lois Lane or even the Erica Durance Lois. A special mention goes to James Marsden as Richard White, Lois’ long-suffering fiancé. I often wondered why he would jump ship from the under-used Cyclops to a bit part as Lois’ love interest. The simple answer: it’s not a bit part.

What about the story? Well, its clear that this is considered an homage and continuation of the Donner films which gives it a big strength, but a lot of niggling weaknesses. The strength is obvious. In a lot of ways, the first two Superman films were up there with Jaws and Star Wars for defining the summer blockbuster. They served as the foundation for a lot of people of my generation’s movie watching experience. As such, I think everyone came to the movie with a set series of expectations. The weakness was in many ways, this was a reinterpretation of the first film: romantic flight over the city? Check. Overly complex scheme to make a fortune on real estate? Check. Superman brought low by Kryptonite to rally at the end? Check. Luthor mentions this entire great technological arsenal at his disposal, but all he has up his sleeve is his island of solitude laced with Kryptonite. Its time that he do something other than create more land and move on, if they plan to continue to use him in the franchise. The biggest mistake is giving Lois a family. Much has been made in other circles about the marriage of Mary Jane Watson and Peter Parker and how it limits Spider-Man as a character. Many people believe that having Lois and Clark married in the comics and removing the two-way love triangle between Clark, Lois, and Superman was a mistake. Here I really believe they’ve messed up. I know the theme is why the fictional DC world needs Superman when it thinks it doesn’t and to remind the audience of why we love Superman to relaunch the franchise, but the only way they’ve conveyed that is to have Lois move on. The Lois and Superman/Clark relationship is a lynchpin of the mythos. The film has set it up to where they can do nothing except for wistfully think of what might have been. You can’t have Superman break up the family. It would just seem wrong on too many levels. Lois could, I suppose, but then it makes it look like she’s been using Richard White all these years. From a cynical point of view, she may have been, but this series doesn’t need cynicism. About the only thing they can do is kill Richard White off in the next film, or just have him be gone. Have him be the one to end it.

So to wrap up, Superman Returns is a good, strong, fun film. It lingers too long on what has gone before, but I believe while not a “origin” film, the purpose of this film was to remind people why the character was worthy of their attention and to generate enough revenue to green-light a second film where things can really take off. Really that’s been typical of the comic book genre. X-Men and Spider-man were good, but they really became the films we wanted with X2 and Spider-Man 2. I hope the same thing happens here. While not the gold standard of X2, Spider-Man 2, and Batman Begins, I think Superman Returns deserves a silver along side Spider-Man in the comic book movie Olympics. 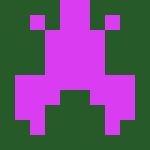