This extended essay investigates the visual nature of three popular, recent comic book films. It will determine whether efforts taken by filmmakers to represent the source material onscreen are successful and if they are conducive to the film obtaining a large box office take.

Comic book films vary wildly in their quality and success, and there have been many differing methods of representing comic books in film. There are two different audiences which comic book films have to target, and the desires and requirements of those audiences often conflict.

During my Secondary Research, I have utilized various literature, such as relevant periodicals, books and internet websites. I also conducted a survey and interviewed a number of different people from the comic book world as a part of my Primary Research. Due to the nature of the film and comic industries, and differing definitions of success between the two industries, much of the information extracted from these materials is purely opinion based, but where possible, I have tied this to fact. Box office take is the measure of success in the film industry, as is issue sales in the comic industry. It is also necessary throughout this extended essay to remember that there is a significant difference in the size of the two industries. A film would often see a take in excess of hundreds of millions of dollars. The top selling comic sells only a few hundred thousand copies.

This report will determine which of the two audiences should be considered more when making the film, what the tastes of each are and which are more likely to bring success to a comic book film if their viewing wishes are fulfilled.

Comic books are a printed medium which use sequential images to tell a story. Films are a medium which uses sequential moving images to tell a story. With the obvious exception of sound, the main difference between the media on a creative level are the limitations. Films are limited by budget and what it is possible for a person to achieve physically. Comics are limited by merely the writers’ and artists’ imagination. It is just as expensive for a comic to show an epic space battle as it is a tender love story. Films quite often use storyboards in which a series of sequential images are used in order to aid the filmmakers to tell the story. These storyboards are much the same as comics in their design and construction. So, theoretically comics could serve the purpose of film storyboarding. This has actually been done in practice once, and that was in Sin City. Some films have been known to use iconic panels from the comics as single shots, but never sequences, and this is generally more as a knowing tip-of-the-hat to the comic fans than to serve any real narrative purpose. That surely should make the transition from comic to film reasonably easy. Unfortunately that is very rarely the case.

The similarities between the two media are plain for everyone to see. As Frank Miller, creator of Sin City says:

“The two fields have always been related. I mean they’re both visual forms, they share a lot of the same dynamics.”1

Miller also continued to comment about how comics had been mistreated by film. This can be attributed to comics’ poor history of success. Film is an industry motivated by money, much more so than comics.

Why do comic book films rarely succeed? Is it that the source material just lacks a mass appeal? Or is it simply that the only efforts so far have been generally quite poor? There have been a few comic book films which have been blockbuster hits, Spider-Man and Batman films for example, but most fail. Be it commercial, critical, the expectations of the mainstream or the expectations of the comic book fans, almost all comic films have failed to achieve one or the other. It seems to be that a comic book film cannot please both comic fans and the mainstream. Hellboy (2004 dir. Guillermo Del Toro) is a film that pleased many comic book fans but was not the commercial success many hoped it to be. Hellboy‘s subject matter was possibly part of the reason why it failed to be a huge success. This leads on to a whole different study about whether or not the two media have subject matter that is suitable for the crossover from page to screen. It is the less unique characters that make the transition successfully. A boy with the abilities of a spider has been more successful than a red, horned devil fighting Russian monks in allegiance with aliens and clockwork Nazi’s. Very rarely do you see a comic with subject matter similar to Munich (2005 dir. Steven Spielberg) or Brokeback Mountain (2005 dir. Ang Lee). Comics are much more about the fantastic, the awe-inspiring. Comics try to show what you don’t see in everyday life, nor would you ever see. Is it the spectacular imagery that comics utilise so integrally the very reason the big screen cannot replicate the quality? 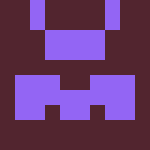