When he created the X-Men, Charles Xavier’s primary mission, in the short term, was to create a safe haven for mutants. In the long term, his goal was to create a perceived perfect world where Homo sapiens could be friendly with, or even love, Homo superiors without even the slightest inclination of disgust. Obviously, with the X-Men franchise being a goldmine for Marvel, this utopia won’t be realized in the comic world anytime soon. However, by comparing what Xavier did build in his fictional world and what was reality for racial tensions at the time of the X-Men’s creation and afterward, Xavier created what can be called perfect racial harmony.

At the X-Men’s conception, the real world United States was at a crossroads in racial strife, with the Civil Rights Movement going in different directions. Some continued in the traditional manner of activism to guarantee rights for the disenfranchised, while those opposed continued in their traditional ways of resistance, lynching, Jim Crow laws, etc. This time period in American history at least had the potential of bringing a new standard for American society, a standard that could lead to the final extermination of racism and bigotry. A racial utopia would be the product of this new society, one where race, wealth, and cultural differences became irrelevant and obsolete. Looking at the whole arc of this movement, leading up to now, the result of the activism and counter-activism can already be seen. We live in a society that is somewhat more tolerant; it’s not acceptable to be publicly racist, but at the same time, most would admit to racism still existing in some form. A perfect racial utopia, at this point, is still a fantasy.

Going only by what our reality would call races, the original crop of X-Men were completely homogeneous. All white males and one white female, the X-Men of the late 1960s would be considered overly segregated, by today’s attitudes, and normal by the standards of their time. But the X-Men were treated with none of the expected privilege or the enthusiastic support that usually came from the dominant establishment toward their young adults, especially in the early and mid 1960s. The X-Men were mutants and, therefore, were free game for exploitation and contempt; they were, in fact, “colored people”. What qualified a person in the 1960s to be colored? Anyone who didn’t fit into the neat and organized box of being wealthy, sophisticated, and white.

This, being what the reality of segregation was like in America in the ’60s, makes the X-Men comic book world even more interesting when you look at the make-up of the first X-Men lineup. The X-Men were, at the least, discriminated against, hated. At the worst, they were hunted down like animals. However, on appearances alone, the individual X-Men are anything but classical down trodden people. Cyclops, Jean Grey, Angel, and Xavier all come from wealthy families and privileged backgrounds. All are Caucasian, relatively good-looking, and educated. They all seemed to be in the perfect position to succeed in the American society at the time, but yet they were looked upon as members of an undesirable group and were treated as such. A group of persecuted individuals who at least share the same physical traits of their primary persecutors can itself be taken as a commentary on the ongoing racial discrimination of the times. By presenting a group of persecuted people who are white and affluent being hated by a group of similar people, the original X-Men pointed out to readers the ridiculous nature of racism. Why should humans discriminate against each other when they’re essentially the same people? But is the original X-Men lineup a perfect example of an organization providing the perfect example of racial tolerance, in the way that we understand it in our world? Not necessarily, in that there aren’t any representatives of traditionally tormented groups represented in the original X-Men lineup. The original team is a commentary on the basic idiocy of racism, but the X-Men wouldn’t become a symbol of racial harmony until their next incarnation.

X-Men, being one of the weaker selling Marvel titles of the time, stopped producing original stories and began reprinting older X-Men stories in 1969. However, in Giant Size X-Men #1, published in 1975, an entirely new lineup of X-Men was introduced consisting of Wolverine, a Canadian; Sunfire, of Japanese origin; Storm, raised in Africa; Thunderbird, an Apache; Nightcrawler, from Germany; Colossus, of Russian descent; Banshee, an Irishman; and Cyclops, a white American. The X-Men became a United Nations of races and nationalities, a melting pot merging those of separate classes and social hierarchy into one family. It’s hard to fathom these characters meeting each other, let alone unifying themselves into a solid entity, without the X-Men. What other circumstances would bring together an impoverished youth living in Africa, with a wealthy, upper-crust American (like Professor X or Cyclops) or a Russian, hailing from then-Communist Russia? Metaphorically, the X-Men are the embodiment of Martin Luther’s King Dream Nation or Lyndon Johnson’s perfect society. They’re what America dreamt to be at the end of the 1960s. A nation moving past segregation and Jim Crow, as well as social entitlement, into a nation void of racism, bigotry, and poverty. A nation transformed by the civil rights movement into one that fully lives up to the essential ideas of the Constitution and Declaration of Independence; equality for all.

Xavier’s creation was nothing more than a paradox in his own world. The X-Men was an enclave of tolerance, representing what the world could be, but was surrounded by what the world really was. Just as in the real world, the Marvel world didn’t become a racial paradise without bigotry — as the real world still continues to exist with prejudice and racial antagonism to this day. Ironically, it was the continued hatred of their race that brought the X-Men together, along with all of their distinct nationalities, cultures, and pigmentations. The one isolated example of perfect racial harmony was the product of the hatred shared by the vast majority of people and embraced by popular sentiment. In neither our world nor the Marvel Universe has a mainstream society been created free of bigotry and racism, a racial utopia. So far, this utopia has been nothing more than a pipe dream. 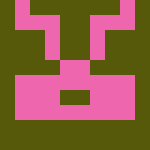