Will Eisner on Old Age (Part 1)

Towards the end of The Hunger Dogs, Jack Kirby, a longtime veteran creator of comics, turned his attention to the oldest members of his cast: the evil Darkseid, who is finally toppled from power, and Highfather, who through his hope and wisdom, leads the New Gods of New Genesis to a new beginning.

Similarly, another of American comic books’ founding fathers, Will Eisner, was focusing on older and even elderly characters in new stories that he created in the mid-1980s. Kitchen Sink Press had been publishing the magazine Will Eisner’s Quarterly, for which Eisner wrote and drew new comics stories, and its final issue, number 8, was cover-dated March 1986. That farewell issue included three new stories, all dealing with people in old age, or approaching old age; all three were reprinted in The Will Eisner Reader, which was first published by Kitchen Sink in 1991 and is currently available from W. W. Norton & Co..

The first of these stories, “The Long Hit,” is a black comedy. It begins with two parallel narratives. One is set in the Bronx in 1934. In the other an unnamed old man is sitting on a park bench, in Florida, when he is approached by another old man.

In the 1934 narrative, a mob assassin named Hockie Lozania, kills a man named Augie in his bed. Hockie goes to report to his employer, Don Angelino, and briefly encounters the Don’s son, Tony. A man named Dave Bungey walks out on the Don, saying he is not “selling out,” The Don then assigns Hockie to kill Bungey.

Hockey invades Bungey’s bedroom and shoots the person sleeping in his bed. It seems that Hockie is a creature of habit, conducting both of his hits in exactly the same way. But then Hockie discovers that it’s not Bungey he has shot, but Bungey’s wife. Perhaps Hockie was so fixated on following his pattern for killing that he didn’t bother to check who was in the bed before shooting. After all, it should be no surprise that a man’s wife shares his bed.

Hockie reports to the Don that Bungey “skipped town.” Angry, the Don orders him, “ I don’t want to see you again, Hockie, until you do that contract on Dave Bungey!” The subservient Hockey replies, “Yes, sir, I’ll get him. . .no matter how long it takes, Don Angelino.”

In the second narrative, a voice on a radio announces that it is 1985. The second man asks the seated old man if he can sit on the bench, too. Up until this point, each page of the story has been divided between the 1934 and 1985 narratives. Now, starting with page four, the story only follows the events of 1985, and we soon discover that the two seemingly separate narratives have become one.

As the two old men converse, they reveal that the first man is Henry “Hockie” Lozania, now 82, and the second is Dave Bungey, now 83. Hockie says that he used to be a “trouble shooter” for Don Angelino; Bungey says that Don Angelino tried to have him killed, killed his wife instead, but that he fled south, and that the Don is now dead. They shake hands. Bungey seems genuinely pleased to make Hockey’s acquaintance. Even though Hockie admitted to have worked for Don Angelino, Bungey does not appear to realize that Hockie was a hired killer. Perhaps it never occurs to Bungey that after a half century someone would still want to kill him. But Hockie gives Bungey an odd look, which the reader will notice but to which Bungey again seems oblivious.

Hockie phones Tony Angelino, who is now the head of a company called Palma International and looks wealthy. Perhaps Palma is a legitimate company, and Tony is out of the business of crime.

Tony vaguely recalls Hockie, who tells him that he has found Bungey at last and intends to carry out the contract to kill him. Tony says that he doesn’t remember the contract and can find no record of it: “We can’t honor this kind of thing!!” Hockie insists that there was a contract and that Don Angelino “was a man of honor” who would stand by it. Hockie is projecting: what he really means is that he, Hockie, is standing by this half-century-old contract: “Hockie Lozania always delivers. . . you’ll hear from me soon.”

Hockie and Bungey are each oblivious to the reality of this situation. Despite being the target for assassination fifty-one years before, Bungey is something of an innocent, who dies not imagine that someone he just met might want to kill him. But Bungey is more realistic than foolish; after all, it is absurd that someone would still want to kill him a half century later. Bungey has changed with the times, becoming a happy, peaceful retiree in his old age.

In contrast, though Hockie has grown old, he is psychologically stuck in 1934. The Don is dead, and his heir does not care about the contract. The only person who still cares about carrying out the contract is Hockie, but why? It appears that Hockie’s sense of self is dependent on fulfilling the contract: “Hockie Lozania always delivers. . . .” He is oblivious to how times have changed. It seems likely that Hockie regards himself as having been a failure. Don Angelino had warned him not to come back until he had killed Bungey. Since Hockie had never found Bungey before 1985, Hockie’s career as Don Angelino’s assassin must have come to an end. Eisner does not tell us what Hockie has been doing for the last half century, but Hockie’s obsession with completing his last assignment from the Don suggests that he never found any other purpose in life.

Hockie thereupon makes a series of attempts to kill Bungey, none of which work. On Monday they play golf, Hockie tries to shoot him, but his gun jams. On Tuesday Bungey has an automobile accident after Hockie sabotages his brake lines, but Bungey survives. A week later Hockie gives Bungey some poisoned jelly, but Bungey feeds some to a cat, who dies. Hockie is infuriated by these repeated failures, but Bungey remains innocently oblivious to Hockie’s reactions and continues to consider Hockie his friend.

Finally, Hockie exhausts himself climbing a rope ladder into Bungey’s apartment to place a n electrical wire in his bathtub. Hockie phones Tony Angelino, who refuses to talk to him. Infuriated, Hockie tells Tony’s underling that “This is Hockie! You tell him I did it!” Then, clutching his chest, Hockie falls dead.

But Hockie is wrong, and he failed yet again to kill Bungey. Following Hockie’s funeral (to which, we are informed, “not many came”), Bungey tells a friend about his narrow escapes. “And yesterday there’s a hot wire in my bath tub. . .I coulda been electrocuted. . .and last night Hockie dies of a cardiac arrest!”

But it hasn’t proved risky for Dave, who has survived every attempt on his life; instead, Hockie’s attempts at murder ultimately backfired on him. Oblivious to the limitations of old age, in trying to kill Bungey, Hockie gave himself a lethal heart attack.

Eisner’s story follows a familiar pattern in comedy, in which the fates seem to protect one character, an innocent or a hero, against the villain’s attempts to destroy him. It’s like how the attempts of Inspector Dreyfus and his other adversaries to kill Inspector Clouseau continually fail, often through twists of fate. It’s also like Chuck Jones’s Road Runner cartoons, in which Wile E. Coyote’s efforts to capture and kill the Road Runner invariably backfire on him. It’s as if there is a moral order to the universe in these comedies, that protects the good and sabotages evildoers.

Hockie also seems to be an example of Henri Bergson’s observation (In “Laughter: An Essay on the Meaning of the Comic”) that the comedic lies in ‘something mechanical encrusted on the living.” It is as if Hockie were a machine programmed to carry out his contracts to kill, regardless of changing tomes and circumstances, regardless of his own physical limitations, regardless of the fact that his mission to kill Bungey had become absurd, and even regardless of the fact that Bungey had offered him his friendship. As far as Eisner shows us in the story, Hockie has no life apart from his unfulfilled assignment. Even amidst the peace and sunshine of south Florida, in which Bungey leads a happy life of retirement, Hockie refused to give up his now pointless quest, adjust to the changed times, and accept his proper role as senior citizen.

Hockie killed himself, literally by inducing his own heart attack, but also figuratively by fanatically pursuing this pointless obsession with destroying another man. Think back to the opening pages of the story, before the two old men identify themselves. At first there seems to be no difference between them. They look and seem much alike: two old men in retirement in Florida. So figuratively, in trying to kill Bungey, Hockie was trying to kill a version of himself. Without anything in his life besides his obsession with killing Bungey, Hockie was figuratively a walking dead man. By inducing his own literal death, Hockie turned metaphor into reality.

In the next installment, we will look at the other two stories from Will Eisner’s Quarterly #8. In one, “Winning,” the protagonist breaks free of the self-destructive route his life has taken, unlike Hockie. In the the other, “The Appeal,” Eisner depicts another killer, but whereas Hockie was actively attempting to kill his victims, the judge in this story instead murders through inaction. And, as with Hockie, the judge spends half a century refusing to recognize his own wrongheadedness, a failure that leads to his own ironic punishment.

Tagged 1986: The Year That Changed Comics, Will Eisner. Bookmark the permalink. 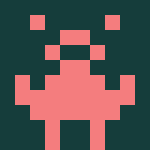 Peter Sanderson is a comics historian and critic who has written and co-written numerous books, as well as contributing essays to several Sequart anthologies. Sanderson has three degrees in English literature from Columbia University, and has taught "Comics as Literature" at New York University. He was Marvel Comics' first archivist and an assistant editor there. Sanderson has curated or co-curated three exhibitions on comics at the Museum of Comic and Cartoon Art in New York, worked on two documentaries about comics, and written reviews and journalistic pieces on comics for Publishers Weekly and other magazines. For further examples of his work, see his online column "Comics in Context."