When Eric Jerome Dickey was just a youth growing up in Memphis, Tennessee during the late ’60s and early ’70s, he, like many other young boys his age, got hooked on the comic book craze that swept the nation for nearly three decades. Not only did Dickey become an avid collector, but another thing he had in common with a lot of young boys back then, including yours truly, was the fact that he tried his hand at creating his own comic books.

Little did he know that, three decades later, not only would he gain international fame as an acclaimed fiction author, but that he would one day get to do fulfill his comic book fantasies for real.

In an exclusive interview, Dickey shared his thoughts and feelings on being selected by Marvel Comics to produce an exciting new six-comic series that will be released in time for Black History Month and focuses on two special characters of color.

Dickey commented on his history with comic books and tells the tale of how he initially found out about Marvel’s interest in having him write a new series.

“I go way, way back with my history with comics. I’m going back to the ’60s when I was reading comic books as a kid,” Dickey said. “Rujan Jayatilleke at Marvel got in touch with my agent. We just kind of talked and they had some projects coming up and it was sort of an interview thing but it was just like general talk. They wanted to know if I had any favorite characters or if I had any ideas. I was in the middle of a deadline for another book and I’m thinking, ‘The only ideas I have right now are to try and finish this book.’ It’s funny because I still buy comics every Wednesday, but it’s been like a true reader relationship. I had no thoughts of doing anything (writing) in that (comic) universe.”

Following that initial conversation with Marvel, Dickey’s interest was obviously piqued. When Marvel contacted him the second time, the foundation for a series focusing on two black characters was laid.

“The second time we talked, we started talking about doing a thing with Storm from the X-Men … Ororo … when she was a teenager and The Black Panther (T’Challa)” Dickey said. “I remember X-Men#1. I mean, my gosh when it came out, you knew the original X-Men and then there was the giant-sized issue introducing these new X-Men and here on the cover is this brown-skinned woman and I remember when I picked it up, each character had like a page intro and I remember being like, ‘I want to know more about Storm. Oh my God, she can fly and control the weather.’”

Dickey went on to stress the importance of youths seeing characters that have the same physical appearances as themselves.

“That just shows you the power of when people can see someone they can relate to or someone that looks like them on the pages,” he said. “At the same time, it was someone who was powerful; I would definitely say a survivor and a good role model and beautiful.”

Dickey went on to describe some of the challenges of writing a comic focusing on a relationship between two characters that were created decades ago.

“In a Chris Claremont issue years ago, they had established that Storm and T’Challa (Black Panther) had met as teenagers while T’Challa was on his walkabout. It’s been alluded to … nothing specifically has been said about it and basically I’ve stepped in and created a story to fill in the gap. It (new series) gives a better view of their having met and introduces some new villains, which is always fun. I wanted them to have a common foe so that later on in the universe if these bad guys are used again the history is already established,” he said.

“I couldn’t stray too far away from the characters’ prior history. It’s already established so that was a huge difference between what I do when I’m making up my characters for my books or whatever. I had to respect what others (writers) had done before me. You’ve also got to respect the fans and pay attention to the continuity. You can’t just go left when everybody else has been going right. Fortunately, only about a page had been written that showed them as teenagers together.”

Dickey said the change to comic book writing from his normal erotica genre novels has been a pleasant surprise.

“It’s been a pleasurable change. It’s been great. When I write a novel, it can be limited. I write first person most of the time when I’m writing a novel. If I do third person, I only do third person limited, which is first person with the ‘we’ if you will,” he said. “With the comic book, you can pop from scene to scene … there’s just a lot of freedom. I can jump from a shot in Africa to a shot in New York to a shot here and a shot there. It was fun and I was like, ‘Wow, I wish novel was this easy.’”

Although Dickey doesn’t currently have any plans to produce any more work for Marvel he definitely didn’t rule out the possibility and actually sounded as though he was looking forward to doing some more comic book writing in the future.

“We talked about it (future endeavors). For me it just sort of depends on … I would love to. It was a wonderful experience. If I could find something that I could approach and do justice to, I would love to,” he said. “There’s always something that we, as adults, wish that we had done when we were kids. For me, this was it. I can’t tell you the number of authors or artists who sat around sketching out stick men trying to draw comic books. I mean, throwing a sheet around your neck and trying to fly around the house. As a young kid, looking at giant-sized X-Men number 1 and Stan (Lee), literally bursting out of the cover, to go to actually writing a story that becomes a part of the Marvel universe is pretty amazing.”

Dickey went on to describe in detail, what he tried to accomplish with this special series and spoke about the research involved in writing the project.

“In a sense, I kind of went back and gave her (Storm) some of her origin. Then I found other stuff that hadn’t been touched on because I wanted to open it to other possibilities so if some other writer comes behind me 20 years from now and this is what they tell them to look at, then they can go, ‘Oh, this is what he did. Here’s something we can use. At the same time, who doesn’t want to create a villain?” he said laughing. “The first thing that worried me was not the characters but it was about writing about Africa itself. All of a sudden it’s like, “Well, I don’t know anything about Africa. A lot of places I write about in my novels, I would drive there and do research so I can get the five senses of places.”

Dickey said that he tried to interject a reality into his story that had never been approached before by Marvel writers, but one that can be used decades later.

“I was reading about their (Africans) reality and I just didn’t … a lot of times, they (prior Marvel writers) showed Ororo growing up as a thief and it looked like she was always dressed nicely and her clothing didn’t really look tattered,” he said. “I thought … this is what they really look like and that was the feel I wanted to go for. I know that she’s a very beautiful woman as an adult but I wanted the 13-year-old whose body is going through changes, and does not think she’s attractive who hasn’t come into her beauty yet where every other girl for some reason looks better to her,” he said. “I think Ororo is 5’11″ so, make her too tall for her age, make her lanky, make her … not quite comfortable with her own body yet. That’s the girl I wanted. I wanted the one who was very determined and tried really hard, but everybody else could run faster than her, they could do this they could do that. But she was damn good at picking locks. I wanted someone who couldn’t jump off of a building, do a triple flip and land on their feet yet … someone who was a little bit afraid of height. I wanted her to feel human. I wanted her to feel like … ‘Heeeey, I can break my leg. I can break my arm.”

Finally, Dickey shared his feelings on the idea of writing this series specifically in time for Black History Month.

“My feeling has always been this. I’m African-American every month so…,” he trailed off laughing. “I really think it’s a great idea and I hope some young people of color will be inspired and realize that they can do anything their heart desires.” 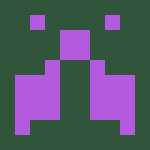