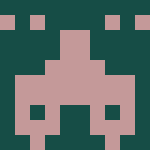 William Proctor is a PhD candidate at the University of Sunderland, Centre for Research in Media and Cultural Studies, UK where he is researching and writing his thesis on the reboot phenomenon in popular culture which includes, among other practices, comic books, film, television. He has published articles on the reboot in academic journals and delivered papers at conferences whilst also contributing to a new collection titled Batman: Fan Phenomena and has recently written an article documenting the responses from fans to the new Star Wars films. He has started his own website (infiniteearths.co.uk) which seeks to invite academics and fans to contribute material on popular culture and, in particular, the comic book medium inspired in part by Sequart . William is currently writing a chapter for the forthcoming collected anthology, Remake TV, which focuses on the many iterations of Robert Kirkman’s The Walking Dead. As his workload increases he recognises that he does not actually have a life beyond the book and the keyboard.

According to Cody Walker, reboots and relaunches have been a part of comics for decades now[i]: From Julius Schwartz’s revisionist techniques that birthed the Silver Age in DC Comics – Barry Allen as the second… [more]