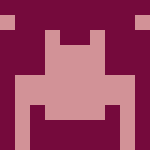 Sean McInerney is a nationally certified school psychologist, who holds both a doctorate in Psychology and a Masters in Education. For over ten years, Sean worked part-time at his local comic shop, and enjoys collecting and discussing comics with all that will listen.

BOOKS AND MOVIES BY SEAN MCINERNEY

Written by Mike Richardson and Randy Stradley and illustrated by Paul Gulacy, Crimson Empire first premiered in 1997, and followed the exploits of a former Imperial royal guard Kir Kanos, as he tries to seek… [more]