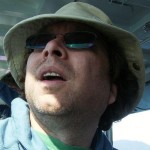 A recovering Art/English major (Calvin College, 1992), Scott Cederlund's comic obsession started with Avengers #144 when Patsy Walker first became Hellcat. Since then, it has grown into far too many longboxes and book shelves. He has spent the last 10 years writing about comics online, most recently for Newsarama, Sound on Sight, and Panel Patter. You can follow him on Tumblr at ilostitatthecomicshop.tumblr.com and on Twitter @scottcederlund.

BOOKS AND MOVIES BY SCOTT CEDERLUND 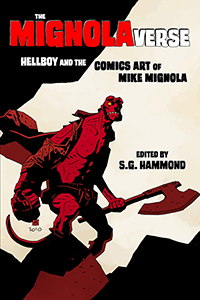 The Mignolaverse: Hellboy and the Comics Art of Mike Mignola

Writing About Comics the Will Eisner Way

In 1985, decades after his first comic book, Will Eisner wrote Comics and Sequential Art, his treatise about how comic books work.  The first of three books (Graphic Storytelling and Visual Narrative and Expressive Anatomy… [more]