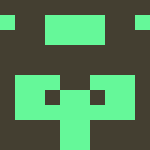 Samantha Atzeni is a writer of all sorts and an absent-minded professor. She received her B.A. in Professional Writing / Journalism from The College of New Jersey and then received her M.A. in English at The College of New Jersey. To complete the journey, she is a professor at TCNJ where she teaches superheroes, comics, postmodernism and post 9/11 theory. When she isn't attached to her computer, she is reading furiously. You can follow her current reads at www.readfuriously.com.

Advanced Creative Storytelling and the Art of Metanarrative: Community’s Journey to #sixseasonsandamovie

As the spring television season began its descent into summer, Community fans shared a collective thought:  this truly is the darkest timeline.  For five seasons, the battlecry of #sixseasonsandamovie had proven to work as Community… [more]

#SixSeasonsAndAMovie: Why Community, and the Meta-Geeks Who Love It, are Having a Moment

With an epic narrative to rival the trials of Odysseus and his men, any fan of Dan Harmon’s “Community” can recount its constant struggle to remain on the air. In fact, the current hashtag on… [more]