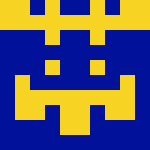 Sam Smith is an avid reader of comic books and manga, and maintains a passionate interest in the genres of superheroes and science-fiction/fantasy. He additionally has written analytical essays and reviews for both educational and recreational purposes. In 2016 he wrote an essay discussing the origins of the King Arthur legend which was later published as “The Birth of a Legend: King Arthur and His Reign Through British History” in Clio’s Eye, a film and audio magazine for historians.

Evolution of the Islamic Superheroine: Post-9/11 Representation of Muslim Women in Comics

Introduction The primary purpose of this piece will be to discuss the history regarding the increased representation of Muslima, or female adherents of Islam, within fictional mediums such as superhero comics. Specifically, following the September… [more]