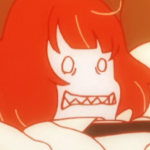 Syphon is the latest comic-book effort by Patrick Meaney, better known by his quite informative and insightful documentary works on iconic comic book writers such as Grant Morrison: Talking with Gods and Neil Gaiman: Dream… [more]

Formless and Void: On BLAME!, NaissanceE, and Liminal Spaces

“What’s it about?” When I recommend BLAME! – the admittedly a tad obscure manga by Tsutomu Nihei – to someone, I tend to get that dreaded question asked to me. I hate having to answer… [more]

Whenever Kieron Gillen and Jaime McKelvie’s excellent run on Young Avengers gets mentioned online, it’s more often than not to talk about how diverse and inclusive is in regards of sexual identity. This is absolutely… [more]

There is Another World: Postmodernism and Identity in Grant Morrison’s Doom Patrol

Grant Morrison’s run on Doom Patrol is certainly not an easy book to recommend. On the surface, it’s a very dense work with dozens of different literary references hiding in every corner, and it can… [more]