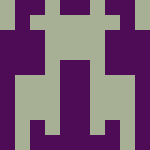 Nathan Cabaniss is based out of Atlanta, GA, where he lives a life consisting primarily of danger, intrigue and Netflix. His stories have appeared in various publications, in both English and in French. 2016 saw the publication of his first collection of short stories, Mares in the Night, and his short novel The Mummy’s Hand At the Center of the Universe was released in 2018.

“In America, no one is more powerful than a police officer,” a character says at one point in Two Dead, the new crime graphic novel from publisher Gallery 13, “a cop can detain you, hurt… [more]