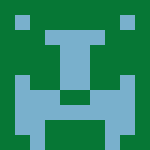 N. Emmett is the founder of the horror website Shadowgum and is a regular contributor to Girls Like Comics.

The Coming of Comicgate: Backsides, Batgirl and Ethics in Hammer-Wielding

In my previous post I took a close look at the controversy surrounding the Batgirl #41 variant cover that occurred in March. Now, it’s time to take a look at how that debate fits into… [more]

From Batgirl to Comicgate?: The Variant Cover Controversy

The Joker would be proud. On 13 March, DC Comics unveiled a set of variant covers for title due to be published in June. To mark the 75th anniversary of Batman’s archenemy, each of the… [more]