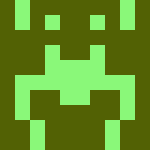 Michael Hoskin is a librarian and archivist with strong interests in Africa and comics. As a freelance writer for Marvel Comics (2004-2012), he headed up writing projects such as the All-New Iron Manual, Annihilation Saga, Marvel Monsters: From the Files of Ulysses Bloodstone, and Marvel Westerns: Outlaw Files, and he served as a contributing writer to the Official Handbook of the Marvel Universe.

Black Lions and Black Panthers: Wakanda as a Representation of Ethiopia

Wakanda is not a true African nation but it can certainly be compared to many African countries. As a fictional nation whose relationship with the real Africa has always been nebulous (to the extent that… [more]

Yearning for Wakanda: The Complex Relationship Between Black America, Black Africa, and the Black Panther

I am a Negro: Black as the night is black, Black like the depths of my Africa. – Langston Hughes, “Negro” Although many Black people in the United States feel a kinship or even yearning… [more]

When Christopher Priest returned to Marvel Comics in 1998 it had been almost ten years since his tumultuous exit from the company. In the interim the company and the comic book industry had undergone tremendous… [more]

The Panther’s Priest: Christopher Priest’s Career Prior to Black Panther

To preserve clarity, except when using exact quotes, this history will refer to Christopher Priest consistently by his current name. He was born Christopher James Owsley, and many of his comic book credits prior to… [more]

Panther’s Range: The History of the Black Panther Prior to Christopher Priest

The Black Panther was a ground-breaking character in his 1966 debut. From his first appearance onward, he was seldom absent for long from Marvel Comics publications, whether as a guest star or part of the… [more]

Hunter glided into the pages of Black Panther stealthily, first trailing him under a cloak of invisibility in the closing panels of issue #3, before fully appearing in issue #4. Even then, his back story… [more]

It seems shocking that it took more than 30 years for Marvel’s flagship black superhero Black Panther to have a writer who was himself black. This milestone on its own would have made Christopher Priest’s… [more]