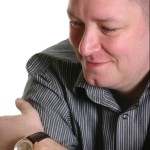 Leonard Sultana is a full-time disc jockey and part-time nerd, and he is doing his damnedest to reverse the two. As part of those efforts, Leonard runs a San Diego Comic-Con / international comics conventions news and headlines website called AN ENGLISHMAN IN SAN DIEGO; has been part of, hosted, and moderated panels at SDCC and various UK conventions; feeds his lifelong passions for genre comics, film, and pop culture; and maintains unhealthy obsessions with Ridley Scott and Steven Spielberg -- all of which is killing him by tiny, tiny deaths, even more so than his two cats ever could. You can find more of his work at anenglishmaninsandiego.com.

There is nothing more frustrating than a squandered opportunity. In 2011, as the Smallville series was reaching its finale, Warner Bros. Television and DC Entertainment attempted to capitalise on the interest in its superhero brands… [more]