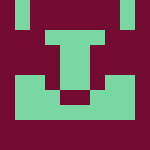 Lance Parkin has written Doctor Who novels and non fiction, as well as writing or co-writing books on the works of Philip Pullman, Star Trek and Alias. His literary biography of Alan Moore, Magic Words: The Extraordinary Life of Alan Moore, is out now from Aurum Press.

…continued from here. It’s worth noting that the original Klan and the fictional KKK seen in The Birth of a Nation were both begun by young rich white guys who lived in mansions. The hero… [more]

…continued from here. DC have long had a problem fitting Superman into the grimmer world the DC Universe has become now its readership mostly consists of adults. It’s clear that senior editors feel the ‘big… [more]

Perhaps the most damning criticism Alan Moore made about superheroes has been overlooked in all the controversy around the ‘Last interview’: ‘the origin of capes and masks as ubiquitous superhero accessories can be deduced from… [more]