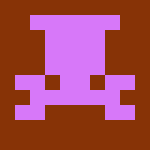 This article examines issues #8-10 of Stormwatch as well issue #25. Confused yet? Well, in 1994, Image decided to make a statement that they were going to be in the market for the long run.… [more]

This article examines issues #6-7 of Stormwatch, complete with costume redesigns and an introduction to the island nation of Gamorra, which will play a major part in upcoming Wildstorm titles. As well as all that,… [more]

Yes, it’s late. There have been a number of technical difficulties this month, but I finally bring you the second part of our Stormwatch write-up. Enjoy, and as always, please feel free to comment. This… [more]

This article will look at the first story arc of Jim Lee’s Stormwatch, giving details on the story and introducing the characters. Stormwatch is a United Nations peacekeeping team based on the satellite station Skywatch,… [more]

Welcome to the series “Looks Like Rain,” which will end up being a detailed exploration of the Wildstorm Universe from its origins in Image through to its current position as part of DC. First of… [more]