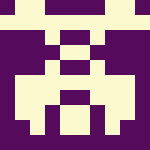 American Thesis #5: The Revisionary Superhero and a New Breed of Comics

After the industry’s expansion, through the use of direct distribution, comic books matured into a more intelligent and enjoyable entertainment. As readership of independent and underground comics increased, new characters emerged with dark and complicated… [more]

Direct distribution was a major turning point in the world of comics. It spawned the creation of specialty comic book shops resulting in a culture surrounding the medium, some of the components including conventions and… [more]

American Thesis #2: What are Comics?

It is easier to see how comics are related to their readers when the many different terms are understood. Defining comics is the first step. Several industry professionals offer their opinions of what the word… [more]

Matthew Pustz, author of Comic Book Culture: Fanboys and True Believers, argues that any serious comic book reader can remember his or her very first comic. Many readers recall a surprising amount about the book… [more]