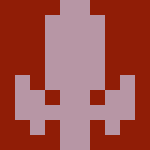 BOOKS AND MOVIES BY JASON POWELL

The Journey While emphasizing again that this series was not simply a Superman origin, it would be disingenuous to suggest that, at its core, much of the appeal of the series is the dramatic tension… [more]

Tapping the Mythology One of the complaints that comics fans make about Smallville is that it took hours and hours of television simply to retell “the origin of Superman,” which has been done so much… [more]

In early 2013, I decided to finally catch up – via the magic of DVD technology – on a show of which I’d been a huge devotee back in the earliest years of its existence. … [more]