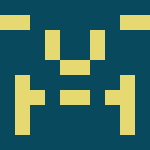 Jamie is a computer graduate who decided programming was too impersonal and instead has spent his working life talking to people. He has worked as a trainer in telecommunications and as an environment specialist in retail. His habit of grumbling at television programs and comics, in the vain hope that they will listen, hasn't been working. Instead he has taken up writing about them. When he isn't watching Doctor Who or reading X-Men comics, he can be found morris dancing badly, cycling less often than he should, and playing story-games. Moving from London to a quiet market town has made the first two easier than the third.

The Second Coming of Television

The Beast -with sincere apologies to W.B Yeats. Blogging and blogging in widening participation The ‘twoten to’ cannot follow the timeline; Schedules fall apart; the box-set cannot hold; Cyber-anarchy is loosed upon the world, The… [more]