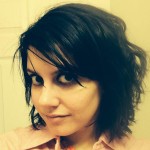 Faith Brody Patane is a graduate of the University of the Arts’ Screenwriting Program. She is an award-winning screenwriter and the writer of the independent comedy / horror film Miss December, which was released through Kevin Smith’s SModcast Pictures in 2012. Faith has loved reading comic books ever since her father started a weekly tradition with her that involved Friday night comic book store trips and pizza. Faith currently lives in New Jersey and works as a teacher. She also really likes glitter and vintage cameras.

Looking into the Black Hole

Imagine being a teenager in the 1970s. It was a decade of absenteeism; latchkey kids, apathy toward drug use, and a blind eye to unsafe sex.